10 CHARACTERS THAT WOULD MAKE GREAT KILLERS IN A HORROR MOVIE

Characters in other genres of film and television would make excellent horror villians. 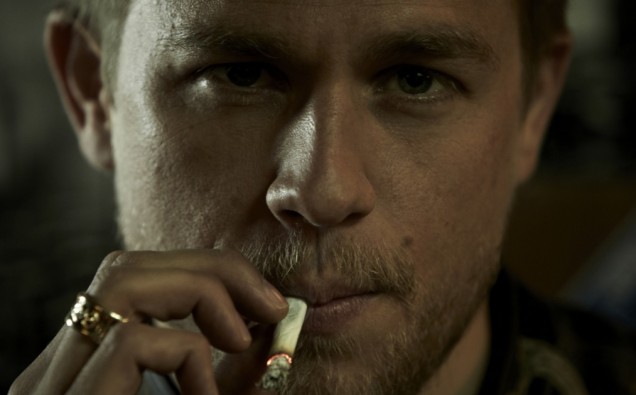 There are many characters in film, theater, television, and books that would make great horror villains.

Epic acting performances, well written dialog, physical attributes, and charisma all contribute to the way an audience views a character in any genre. Sometimes when I watch something I think to myself, wow they should be in a horror movie!

Here are 10 characters that stood out to me that could be killers in a horror film. 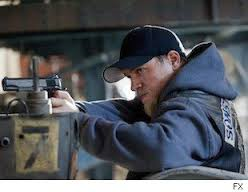 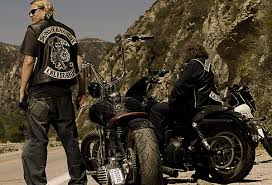 A fearless leader and loyal president of an outlaw motorcycle club, Jax Teller was always ready to lay down his life for what he believed in.

Although Jax had his family’s best interest in mind, the violent world of selling guns trapped him in a destiny he couldn’t escape.

Jax Teller killed over 30 people in the series. The violent murders included multiple stabbings, shootings, and even beating a man to death with a snow globe. Jax also executed his mother, and shot his step father in the throat.

With the variety of resources, skills as brawler, and the dedication to any mission Jax Teller would be a difficult villain to deal with in any horror setting. 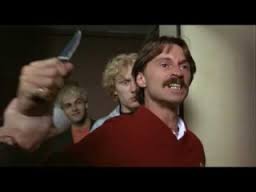 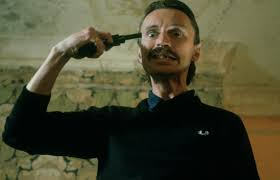 Francis Begbie was an alcoholic sociopath who brutalized anyone who angered him.

Addicted to the adrenaline produced by his violent outbursts, Begbie often terrorized his friends into going along with his criminal plans.

Always quick to pull a knife, a loose cannon like Begbie would fit well in a Slasher film. 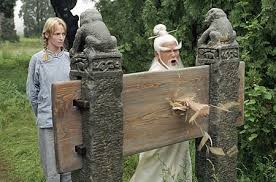 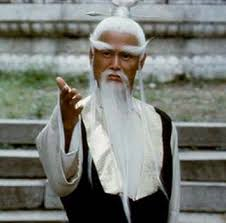 Pai Mei was a Kung Fu master able to generate enough kinetic energy to punch through solid wood from inches away.

Pai Mei possessed superhuman speed, reflexes, and balance. The master was legendary for slaughtering 60 Shaolin Monks in their own temple.

Having the ability to kill anything he touches not only makes Pai Mei a terrifying opponent, it would make for a great horror martial arts hybrid film. 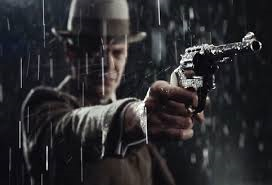 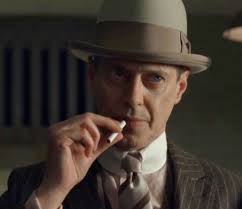 Employed as a treasurer of Atlantic city in the 1920’s, Thompson controlled the region as a corrupt political boss.

Living a double life as a gangster, Thompson had a ruthless and violent approach while competing in the bootlegging business, often manipulating people into doing his dirty work.

With strong political ties, and a private army of mercenaries a phone call away, Nucky Thompson would be an enticing adversary in a psychological horror film. 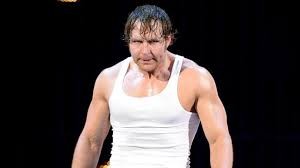 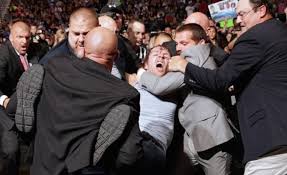 Once a part of a trio that ended in betrayal, this lone wolf walks a thin line between crazy and completely insane.

Ambrose is often put in situations with impossible odds. While getting smashed with chairs, thrown off of ladders, crushed through tables, and beaten up by multiple opponents, Ambrose never stops fighting until he is rendered unconscious.

With amazing physical strength, resiliency, and extreme tolerance to pain, Dean Ambrose would be perfect in a horror film with a revenge story.

The Joker: The Dark Knight 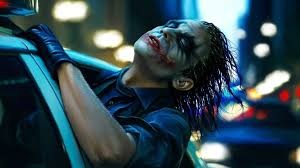 The Joker in the Dark Knight was different than the other gag filled prankster versions before.

The schizophrenic psychopath was a mass murderer. He told stories of child abuse and self mutilation.

Armed with an array of explosive devices, knives, guns, and henchmen, The Joker had zero empathy for his victims as he incited chaos. The Joker would be amazing in a psychotic clown horror movie. 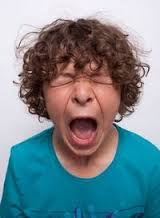 Ben has questioned a priest on why Jesus didn’t “zap” the soldiers who arrested him, filmed his plastic army men battling earthworms in his back yard, and loves to hang upside down from the stairs pretending to be a bat.

Ben, who is a chess genius, has been hospitalized numerous times for what doctors call “an unexplained pattern of injuries”.

This imaginative child many or may not be psychotic, but no doubt his demented behavior would make a great focus in a horror film. 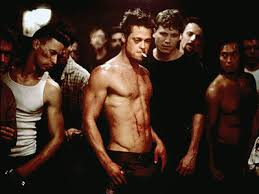 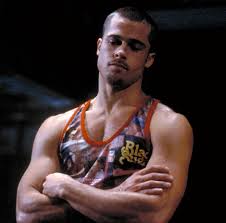 This character may have only existed in the narrator’s mind, but the insanity Tyler Durden caused was very real.

While physically abusing himself, Tyler found others just like him. Soon a club was formed where everyone could project violence amongst each other.

Tyler used his knowledge of chemistry to turn household items into explosives. Later he built an army of followers with the same goal in mind… social anarchy.

Tyler Durden would be a perfect character as a leader in a horror film that has a violent commune. 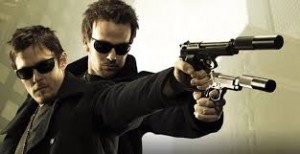 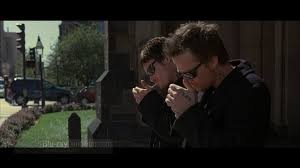 After having an epiphany from God, the twins go on a shooting spree in an attempt to rid Boston of evil.

The question of these characters being good or evil would make an interesting plot for a demonic possession horror film.

What characters do you think would be great in a horror film? Sound off in the comments section below.