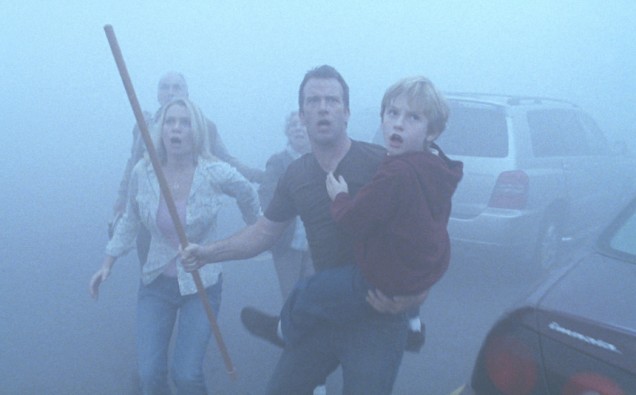 The internet exploded in the wee hours of Friday morning when a trailer for 10 CLOVERFIELD LANE, a film no one even knew existed, played in advance of Michael Bay’s latest 13 HOURS.  JJ Abrams and his production company, Bad Robot, have set the bar for clandestine filmmaking by producing a sequel (or is it a spin-off) to 2008’s creature epic CLOVERFIELD (the first found-footage film released by a major studio).  Needless to say, fans are elated!

A CLOVERFIELD sequel had been rumored to be in the works since 2009; still no one expected it to appear fully-formed, like an adult Athena bursting forth from the skull of Zeus.  Wouldn’t it be fantastic if genre aficionados could look forward to more sequels to worthy horror gems materializing out of thin air?  There are certainly some amazing films with incredible franchise potential out there going to waste.

In no particular order, I decided to assemble a list of sequels I’d like to see; follow-ups to horror movies that seem to beg continuation.  Enjoy!

PONTYPOOL (2008, Written by Tony Burgess and Directed by Bruce McDonald)

One of the most unique spins on the zombie subgenre, PONTYPOOL, deserves a sequel.  The story of a virus transmitted via sound is a rich mythology waiting to be explored.  A sequel, PONTYPOOL CHANGES, was supposed to begin production in 2010, but that obviously didn’t happen.  There is nothing to suggest a continuation of McDonald’s masterpiece is currently in the works.  Damn shame. 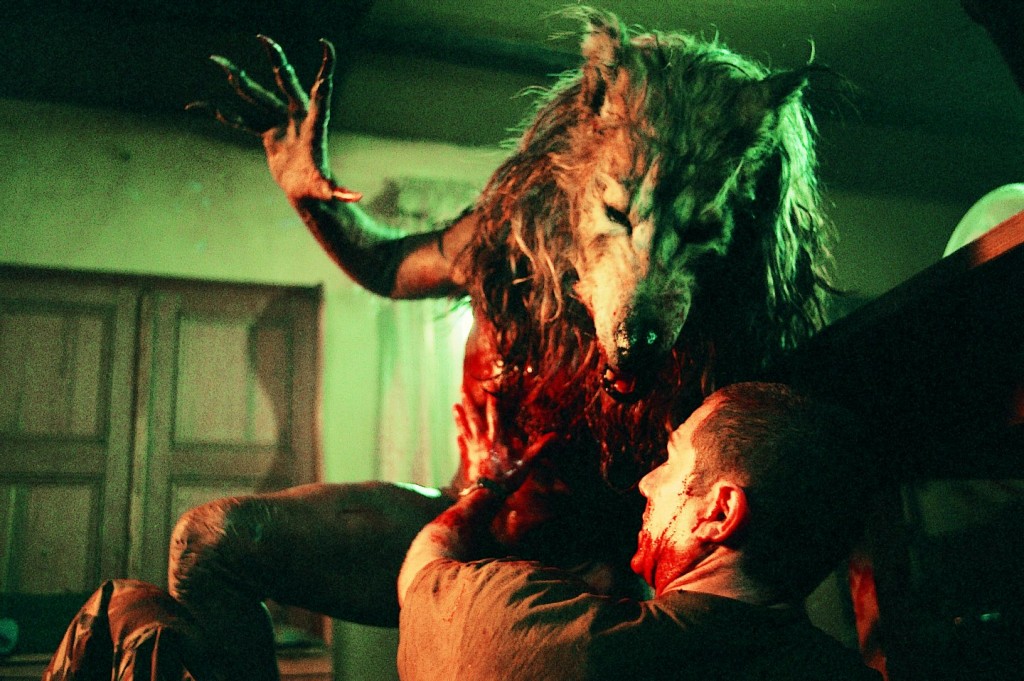 A list of the top Werewolf-themed movies in horror is certain to include Neil Marshall’s action-packed opus, DOG SOLDIERS.  The film merges standard lycanthropic tropes with para-military firepower.  Uncertainty swirls as to the status of a long gestating sequel subtitled FRESH MEAT.  While an IMDB page exists, along with an extensive synopsis, there is nothing to suggest this film is on anyone’s to-do list.

BEHIND THE MASK: THE RISE OF LESLIE VERNON (2006, Written and Directed by Scott Glosserman)

A “stinger” in the closing credits shows Leslie Vernon, burned beyond recognition and assumed dead, rising from a gurney in a hospital morgue.  Since, fans have been on pins and needles wondering what Leslie’s up to next.  A had a brief conversation with Nathan Baesel (the actor who played Leslie Vernon in the film) last year where he hinted that a script for a sequel exists, and the production team is waiting for Director Scott Glosserman’s busy schedule to clear.  More intriguing: He hinted that the next chapter in the BEHIND THE MASK saga will somehow be both a sequel and a prequel.  Color me fascinated!

THE FINAL GIRLS (2015, Written by M.A. Fortin and Directed by Todd Strauss-Schulson) 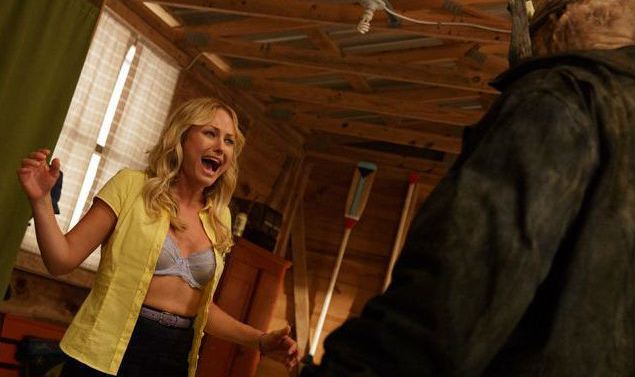 One of the most lauded horror-comedies of 2015 is tailor-made for a sequel, sporting a conclusion that literally demands continuation.  THE FINAL GIRLS may be light on gore and terror, but it’s the best satirical throw-back to 1980’s slasher films since the SCREAM franchise—albeit with much more whimsy.

Dark Castel Entertainment and Warner made a huge error in judgement when the dumped the incredible horror slasher THE HILLS RUN RED directly to DVD in 2009.  The film is one of the most intelligent, riveting thrillers of the 21st Century with a villain, Babyface, worthy of icon status.  The film’s conclusion leaves the story wide opened for continuation and I, for one, would love to see what happens next! 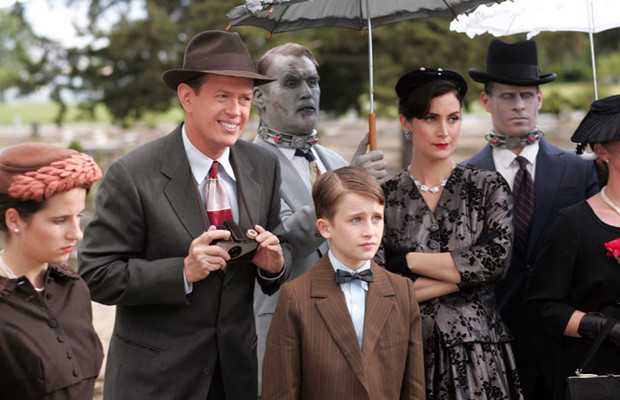 It’s not that FIDO didn’t wrap-up neatly, it’s just that I’d love to check-in with the fatherly zombie and his unique spin on the nuclear family.  Perhaps a sequel could see the titular Fido (played by Billy Connolly) battling an army of walkers from the Forbidden Zone while trying to keep the wife and kid happy at home.  Life can be complicated for an empathic flesh-muncher!

When Clive Barker’s monster epic concluded in 1990, Cabal (Craig Sheffer) left the surviving members of The Tribes of the Moon hiding in a barn while he went out to find a new home for them all.  Over 25 years later, and the fate of those from Midian is still unresolved.  Rumors abounded for a bit about a NIGHTBREED television series, but all that came to a halt when Anchor Bay sold the majority of their catalog in 2015.

SHAUN OF THE DEAD (2004, Written by Simon Pegg, Directed by Edgar Wright) 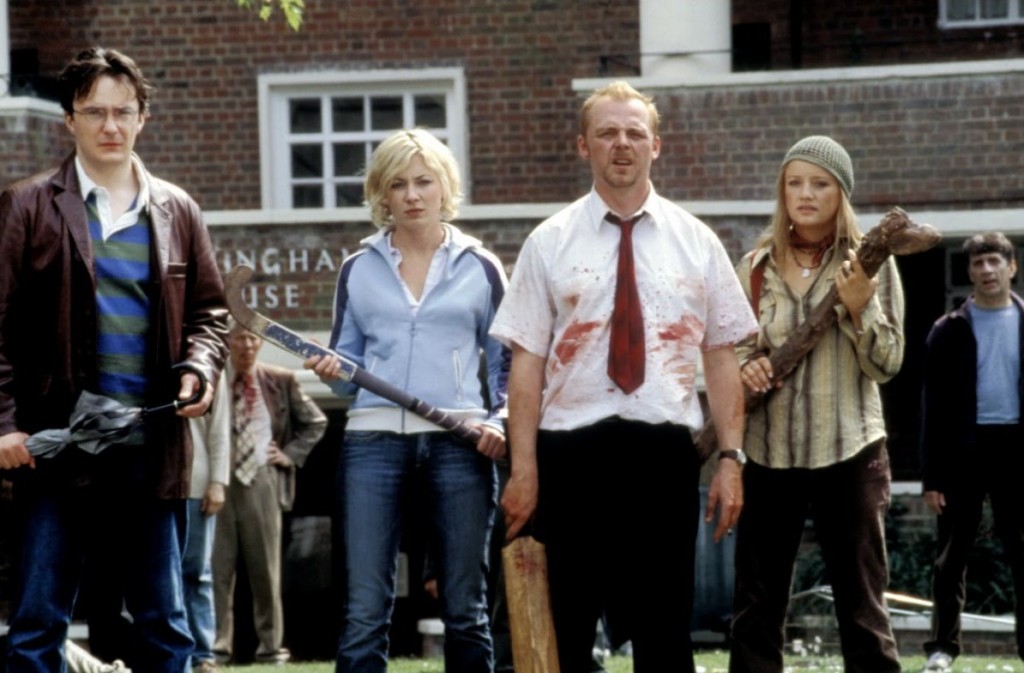 While Shaun (Simon Pegg) and crew endured the worst of the zombie outbreak in 2004, their world was forever altered.  I’d love to see what happens next for the survivors—including Ed (Nick Frost) who we last saw chained up in the shed playing video games!  Up until around 2013, there was plenty of chatter about a potential sequel (or perhaps a TV series), but there’s been nothing new to report in years.

THE MIST (2007, Written and Directed by Frank Darabont, Based on the Novella by Stephen King)

The interdimensional portal spewing monsters into our world may have been closed, but is the war really over?  And how will main character David Drayton (played by Thomas Jane) rebuild his life after the unimaginable tragedies that befell him?  Plenty of potential for expansion here. 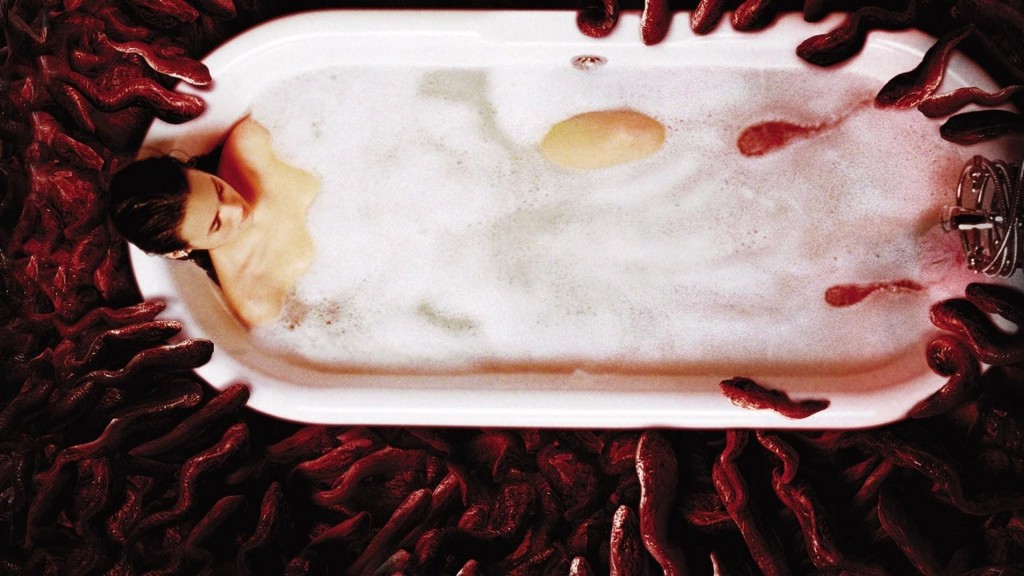 While the town at the center of SLITHER may be clear of the extraterrestrial infestation, what’s to say another wave of red worms and mutating aliens aren’t in route?  Not to mention a “stinger” in the credits that hints the plague may not have been completely annihilated.  SLITHER never got the accolades it deserved in 2006, but horror-comedies have made incredible inroads in recent years, making it prime time for a sequel.

THE GREEN INFERNO (2015, Written and Directed by Eli Roth)

One of my favorite movies of 2015 could be the next great horror franchises, in my humble opinion.  Can the lone survivor of the massacre in the rainforest ever be persuaded to return to Peru?  A “stinger” during the closing credits makes me hope so!  I’d also love to learn more about the intimidating bald headhunter (played by Ramón Llao) whose history within the elusive tribe of cannibals is a complete mystery.

Which horror movies would you like to see sequels for?  Sound off in the Comments section!