Will there be a sequel to this Frankenstein comedy? One movie collector could ever wander as the ending projects the possibility for a sequel. Before I go any further... 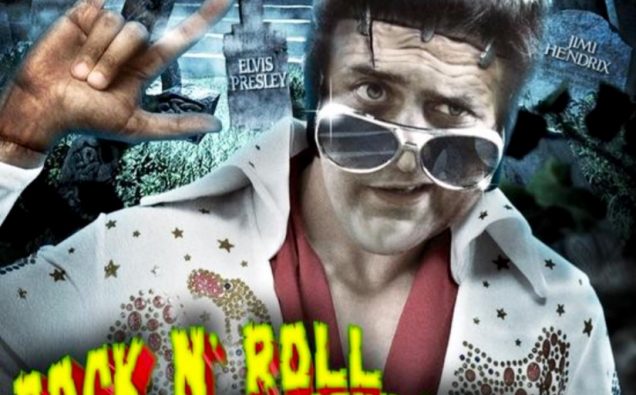 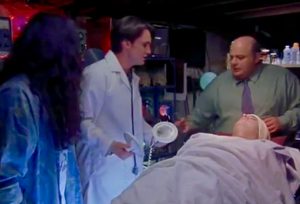 Will there be a sequel to this Frankenstein comedy? One movie collector could ever wander as the ending projects the possibility for a sequel. Before I go any further let me catch you up on what the hell i’m talking about here; first of all The Blood Shed was asked to give a possible review to a 17 yr. old comedy about Frankenstein. Naturally I said yes because frankly I need some comedy and ridiculousness after a school day. So after the hour and twenty minutes of watching this b-movie I came to the conclusion, this film is a bunch of ridiculousness. But in the best way possible. But like some reviewers before me pointed out DON’T WATCH IT WITH ANYBODY YOU RESPECT, cause this film is pretty raw! Between heterosexual and homosexual sex scenes, killing advancing priest with a life size crucifix and several penis shots this film succeeded in projecting its “No Hold Backs” theme. Rock N Roll Frankenstein’ is a riot! It’s hilarious, it’ll have you pissing your pants with laughter! Or pressing eject in disgust. It’s highly recommended to those of you in need of a break from the seriousness of daily life and want to watch a film full of humor sex and stoners. In this 1994 production of ‘Rock N Roll Frankenstein’. Director Brian O. Hara, brings some of the greatest musicians in history to life in ways you’d never imagine! Resurrecting parts of Jimi Hendrix, Liberace and Elvis Presley. Starring Graig Guggenheim, Jayson Spence, Barry Feterman

Synopsis:
After music agent Bernie Stein loses his last act, he decides the only way to a better life is through the grave…the Rock n Roll Hall of Fame graveyard, that is. Together with a burned out roadie and a mad scientist, the motley crew set out to build the perfect Rock n Roll Superstar from the remains of dead rockers. Assembling parts from Elvis, Hendrix, Sid Vicious and others, soon enough the monster is ALIVE! But things go bad when Liberace’s love tool mistakenly ends up in the mix. Equipped with the head of Elvis and the junk of Lee, a schizo relationship develops between the monster and his privates

Rock N Roll Frankenstein’ was released on DVD in 2015 and is currently available for purchase for the cheap cheap price of $11.99 order yours here

During 1999 and the early 2000’s the film’s won numerous awards at film festivals around the world! Below is a list