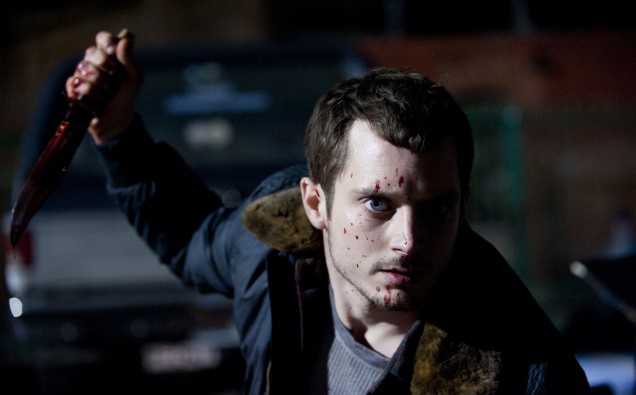 This list was a challenge to put together for sure! Lots of great films from the quality and diverse distribution company of IFC Midnight. These 15 total horror films are some of my favorites… We go in depth on the first four! Thanks for checking out the list and find out more about “The Horror Happens Radio Show” at the website above. 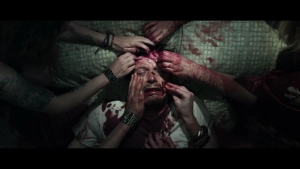 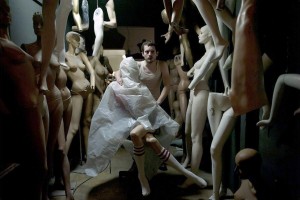 Maniac / 2012 (Dir. Franck Khalfoun) – Upon viewing this reinvention of the 1980’s William Lustig cult masterpiece, fans had lots of questions, curiosity and concerns that rang out before its initial release. Mirroring a majority of the same vibe and ideas from the original, Director Franck Khalfoun, writers Alexandre Aja and Grégory Levasseur, crew and producers set out to create a film from the opening moments to the very emotional and disturbing end that fans would find a place in their dark hearts and minds. Showing care and respect for Lustig’s film and Joe Spinell’s performance of this 80’s New York City grindhouse film. The film’s feel is not exceptionally dirty or gritty but more a refined style and bizarre feel based against the city dreams and nightmares in Los Angeles. Still basing the narrative on Frank’s mother issues, mannequins and really deeply psychosis, the screening at “HorrorHound Weekend 2012” was packed to the gills with dedicated fans many shocked by how good the remake was and the effectiveness in creating a modern take on this staple of cult cinema from director Franck Khalfon (P2 and I-Lived) and writer Alexandra Aja (Haute Tension and Horns). The crowd rode the wave of POV action, brutal kills, dark humor, disturbing visuals and the creation of a modern day sympathetic psycho in Frank (Elijah Wood).  Many things work right in this film including the casting of Wood’s (which people questioned) who brought a mix of film experience, stellar method, a different look for Frank as well as a disturbing insecurity but still a connection to the crowd. This IFC Midnight release was a no brainer for my “Top Horror Film of 2013”. IFC very rarely seems to have misses on their selections but has one of the most distinguished eyes for what fans want with diverse horror, foreign and cult programming. Whether a fan of the original Maniac or not, this film has it bumps along the way but it drives home tension, style, creepiness and a wave of power that cannot be denied just like Frank and the darkness he carries inside! Get this film and DON’T GO OUT TONIGHT… 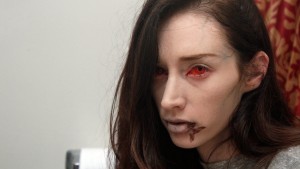 Contracted / 2013 (Dir. Eric England) – There are really no original ideas anymore for horror films. Very few projects ever find even 50% originality for a variety of reasons in the filmmaking business. Young minds like an Eric England (Madison County and Roadside) and others are a reason why horror as a culture, genre and fan base can breathe instead of scream! Contracted is a film written, produced and directed by England that takes the tired and money making concept of body horror to a smart and reinvented level. Portrayed by brilliant actress Najarra Townsend (The Stylist and Tru Loved), Townsend plays Samantha, a girl confused on life, love, and her place in the world. Dealing with past dependency issues, bad influences and a future that may or may not establish a life. Hmmmm…. Sounds like every other teen drama out there??? Hold on… England never allows you to stay in the mindset for very long! Townsend joins a stellar cast to bring a story of self-discovery and bloody, nasty body horror! Using great practical effects, emotion and symbolism, England throws in an STD that is given by a mysterious figure named BJ to a vulnerable Sam as a part of a one night stand. As Sam goes through the very visual stages of decay and deterioration over the next sixty plus minutes, the film leaves the viewer shocked, questioning and screaming for more! Contracted does not rehash the same old but instead reinvents the infection genre in a way that screams midnight movie and gore for pure pleasure. Helmed by a stellar cast including Sam’s mom played by the brilliant Caroline Williams (Texas Chainsaw Massacre 2 and Tales of Poe), Nikki played by Katie Stegman (Madison County and Roadside), Riley played by Matt Mercer (The Mind’s Eye) and more, Contracted’s dark humor, fearlessness, evident struggle for Sam and ability to show the darker side of being a human, shows us what could be in a very tired sub-genre of horror. Hats off to England and those involved as they show the viewer respect and a bloody, squirming good time never letting the devil fully out the door until the bloody end.

Proxy / 2013 (Dir. Zack Parker) – In a complete 180 degree turn from Grabbers, Zack Parker’s Proxy is that dramatic horror film of 2014. Parker, who is known for his talents as a brilliant and psychological writer and filmmaker (see Scalene) takes dark psychosis and body horror to incredible dark levels achieved by only a handful of filmmakers. Shocking and smashing you from moment one, Proxy never allows you to feel safe for the run time. Parker constructs this film on different and distinctive levels of narrative that dangerously and successfully connect together in one damned finish! With palpable action, a rising tension, a foundation of reality, as well as a stellar cast including actors Joe Swanberg (You’re Next), Kristina Klebe (Tales of Halloween), Alexia Rasmussen (TV’s Blue Bloods) and Alexa Havins (27 Dresses) to name just a few! Sandwiched within the framework of a thriller, body horror, drama and revenge narrative, Parker knows how to conduct this film like an orchestra using all his resources to the fullest power and emotional heights. Parker’s care to detail, point of view and sense of reality will leave you thinking you know what will happen but you can’t! Never letting you out of the pit of horror and tragedy, Proxy will sit with you days after you watch it.

Grabbers / 2012 (Dir. Jon Wright) – IFC Midnight is known for quality horror genre films from around the world in all the dark shapes, stories and sizes. Grabbers is no exception to this truth. Helmed by filmmaker Jon Wright, the horror/comedy narrative is based in the breathtaking country of Ireland and takes the concept of the alien/monster movie serious but not too serious! Blending action, humor, horror and alcohol… yes lots of alcohol! Based on the story of bloodsucking aliens that land on an island in Ireland, the town must come together or die trying to stop this outer space threat by drinking! Wright, writer Kevin Lehane, crew and cast including leads Richard Coyle (A Good Year), Russell Tovey (TV’s Being Human) and Ruth Bradley (In Her Skin) concoct a brew that settles in your system and gets you drunk on all the good things about horror film making and the love story that may come out it! Grabbers reminds you of the talented writer/directors like Joe Cornish with Attack the Block and Edgar Wright’s Shaun of the Dead, Hot Fuzz & The World’s End. Available on multiple viewing platforms, it is the perfect film for an evening on the couch and expectations as a horror fan for quality writing, characters to connect to, alien attack action, laughs and cool MONSTERS!!!

Here is 11 more films to check out from IFC Midnight over the last five years:

What are some of your favorites? Comment if you dare below!

(All Images found on Yahoo.com)