But I wish they did! 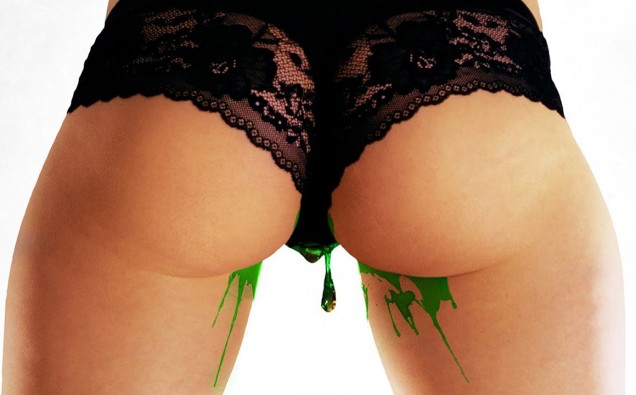 Ever since Quentin Tarantino and Robert Rodriguez included them in their Grindhouse “Double Feature”, faux trailers have become common in online forums, enjoyed by filmmakers and fans alike.  The best of them are so well-produced, they’re indistinguishable from trailers pushed by the biggest Hollywood studios—often resulting in very real excitement for a feature that doesn’t exist!

Case in point: Check out these 5 fantastic faux trailers—and imagine how cool it would be if these horror movies were actually—actual!  I’d be first in line on opening night for a couple of them.  Enjoy!

The brainchild of German filmmakers Max Lais, Hanno von Contzen, and Jan Zenkner, produced in Cologne by Chinzilla Films, Alien Tampon looks like a legitimate horror/sci-fi juggernaut.  While the shocking title and artwork turned hears, this faux-trailer’s mind-blowing FX actually had eyeballs popping!  The AT Team dreams of turning this into a real feature film; from their press release: “At the moment, Alien Tampon is “only” a short film – a trailer. We want to make the entire movie and plan to finance the project via crowdfunding in order to realize it in Germany.”  You guys got my support!

Thanks to Broke Horror Fan for putting this one on my radar!  While I doubt anyone was fooled, the VSH aesthetic and videogame soundtrack helps the faux trailer Friday the 13th the Game the Movie (1989) score high on the Nostalgia Scale.  The blue and purple “8-bit” Jason (who’s been enjoying a recent surge in popularity) is based on the Nintendo game from the 1980’s.  Great stuff from the folks at Mega64!

This gem here, written and directed by Joe Nicolosi, has amassed over 6 million views on You Tube since it was uploaded in 2013.  While HELL NO: The Sensible Horror Film is probably the funniest entry on this list, I’ve got to admit that a scary movie with characters who behave sensibly would probably be pretty boring!  Thank God for human stupidity, or the horror genre wouldn’t stand a chance!

My personal favorite faux trailer from the Tarantino/Rodriguez Grindhouse Double Feature is Don’t, a simultaneous celebration and send-up of Hammer horror movies.  Written and directed by Edgar Wright and Simon Pegg, it captures perfectly the 1970’s Technicolor aesthetic of Hammer’s hey days.

Are you a fan of faux trailers?  Which ones are your favorites?  Sound off and post links in the Comments section!