Check out these gems that flew under the radar! 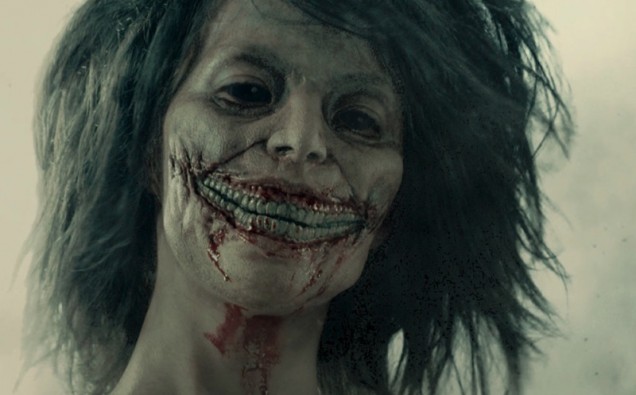 2015 was an absolutely fantastic year for horror movies.  It was no easy task picking my Top 10 favorites of the year!  There were so many amazing flicks I wish I could have included, I decided to mention a few of the lesser known gems of 2015, films that flew under the radar or were overshadowed by major releases.  These movies are definitely worth your attention, and almost all of them are already streaming online.  Enjoy!

Digging Up the Marrow: Written and directed by Adam Green.

Adam Green’s meta masterpiece Digging Up the Marrow didn’t get the accolades it deserves; while it resonated with hardcore genre fans, it failed to resonate with mainstream audiences.  Green plays himself and the film includes appearances from Kane Hodder, Tom Holland, and Mick Garris.  Ray Wise plays an unhinged paranormal investigator seeking Green’s assistance in documenting an underground society of real monsters.

The Cub: Written and directed by Jonas Govaerts

While Unfriended is regarded as the anti-bully horror-hit of 2015, The Cub is a much more impactful exploration of childhood & teen violence—and infinitely more disturbing!  This Belgian export follows a young scout who befriends a feral child on a camping trip.  The Cub includes scenes of children being killed and animals being tortured, so never doubt that this one is hardcore!  Those who can stomach the films extremity will be deeply affected.

Attack on Titan: Written by Yuusuke Watanabe and directed by Shinji Higuchi

No one can blame you for missing Attack on Titan in 2015 as the film received the most asinine “limited release” in history!  Based on the Japanese manga and anime, it was released in two parts, with each chapter screening once a night over 3 non-consecutive days—and that’s it!  So you definitely want to keep your eyes peeled for the Blu-ray release in 2016.  Attack on Titan represents a new turn in creature-features, sporting serious gore and genuine human drama.

While Maggie was being lauded for setting an emotional father-daughter relationship in the aftermath of a zombie apocalypse, Extinction came and went without much notice—even though it centers on a more complex and genuine family dynamic, in a similar world’s-end motif.  Extinction is more authentic, universal, and impactful than Maggie, and includes much more suspense and terror.

Stung: Written by Adam Aresty and directed by Benni Diez

2015 was an amazing year for horror-comedy, with DEATHGASM, Scouts vs the Zombie Apocalypse, and What We Do in the Shadows getting the most attention.  Stung is just as funny as these heavyweights and will resonate with fans of the low-brow hit Zombeavers.  Stung is an excellent send up of insect-themed B-movies and features plenty of disgusting and gooey crawlies.  It also co-stars an incredibly funny Lance Henricksen in what I believe is his best performance in years.  By the way, just about anything released by IFC Midnight is worth your attention—and Stung is no exception.

What were your favorite under-the-radar horror hits of 2015?  Sound off in the Comments section!