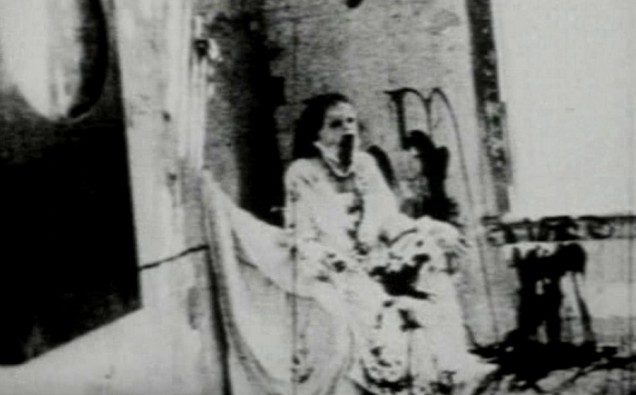 As we embark on a new year of terrifying horror movies, it’s fun to look back at our favorite genre chillers that are turning 25-years-old in 2016.  It’ll make you appreciate how quickly the years fly by!  If you actually saw these films when they were released, you aren’t necessarily old—but you probably feel like you are!

It’s also interesting to reflect on what was popular two and a half decades ago vs current trends in the industry.  It becomes obvious that there are fundamental differences between what was considered terrifying in the 1990’s and what scares us now, in 2016.  But mostly, it will make you appreciate awesome horror films that withstand the test of time; twenty-five years later and these gems still sparkle!

Below, in no particular order, are 5 Horror Movies Turning 25-Years-Old in 2016!  Reaching the quarter-century mark while remaining relevant makes these films true genre classics, sure to be studied and philosophized over for decades, maybe even centuries to come.

Official Synopsis:  This gory and entirely visual film tells the surreal tale of the death and rebirth of gods.

Begotten is a cult arthouse horror movie that seems more like an urban legend then than an actuality; like the mysterious cursed video in The Ring franchise, it feels like a dangerous foray into something beyond the veil—something that should only be watched if dared (or forced) to do so.  The fact that finding Begotten on DVD is challenging only adds to this film’s mystique.  The release in 1991 was extremely limited; a new copy on eBay will cost you upwards $300 (used for around $100) if you’re lucky enough to find one.

In her review, New York Times film critic Janet Maslin said: “The experience of watching BEGOTTEN can best be characterized as intense.”  It’s known as “an acclaimed and controversial film that is a visual poem about metaphysics, Creation, the Death of God, and the birth of nature. Filmed in deep, rich black and white, this gorgeous work has been compared to David Lynch’s ERASERHEAD. It is permeated with the sensations of a particularly vivid and perverse dream, or a fully engrossing hallucination.”

Writer/Director E. Elias Merhige went on to helm Shadow of the Vampire in 2000 and Suspect Zero in 2004.  Hopefully the fact that Begotten is turning 25 in 2016 will inspire a Blu-ray release.  One can dream!

The Pit and the Pendulum (Directed by Stuart Gordon, Based on the Short Story by Edgar Allen Poe)

Official Synopsis: It is the time of the Spanish Inquisition. Maria does not like what is going on during the “Auto De Fe”. When she speaks out, she is arrested and accused of being a witch. Torquemada has plans for her! He orders her tortured, and her tongue to be cut out. Her husband attempts to free her…

The Pit and the Pendulum is Stuart Gordon’s most underrated and underappreciated film, perhaps unable to emerge for the shadow of the director’s earlier triumphs: Re-Animator and From Beyond.  Also, Gordon’s adaptation of Edgar Allen Poe’s unnerving novella, while disturbing, is quite restrained compared to its older brothers.  Still, it’s the horror practitioner’s most emotionally visceral production.

The Pit and the Pendulum also features one of veteran actor Lance Henricksen’s best ever performances as the mad monk Torquemada, a complex sexual tormentor.  The amazing Blu-ray release from Full Moon Features includes some incredible behind the scenes tidbits, including an extended interview with Gordon.  If you’ve never experienced this amazing movie, please remedy your condition immediately.

Cape Fear (Directed by Martin Scorsese, Based on the Novel by James R. Webb)

Official Synopsis: A convicted rapist, released from prison after serving a fourteen-year sentence, stalks the family of the lawyer who originally defended him.

While not technically a horror movie, Martin Scorsese’s gut-wrenching crime thriller is emotionally devastating and extremely suspenseful.  It’s an ugly, uncomfortable story that also happens to be utterly captivating.  Robert De Niro is brilliant as the intelligent and vengeful ex-con Max Cassidy, a fiend whose need for revenge is only outmatched by his violent sexual urges.  He’s an impactful predator with a friendly smile and a coal-black soul.  Cape Fear culminates in an extremely exciting climax.

The People Under the Stairs (Written/Directed by Wes Craven)

Official Synopsis: Two adults and a juvenile burglar break into a house occupied by a brother and sister and their stolen children and can’t escape.

Along with the Nightmare on Elm Street and Scream Franchises, The People Under the Stairs is one of Wes Craven’s greatest triumphs.  In an era where slashers ruled, Craven gave us a creative and unique chiller that featured a psychotic duo of kidnappers pitted against a child protagonist.  Sure it’s a bit dated (and maybe even unintentionally racist at times) but The People Under the Stairs has more heart than any horror movies you’re likely to peruse.  Scream Factory recognized the historical importance of this film, giving it an incredible Blu-ray reissue in 2015.

The Silence of the Lambs (Directed by Jonathan Demme, Based on the Novel by Thomas Harris)

Official Synopsis: A young F.B.I. cadet must confide in an incarcerated and manipulative killer to receive his help on catching another serial killer who skins his victims.

In many ways, The Silence of the Lambs brought legitimacy to the horror genre.  When it swept the most coveted Academy Awards in 1991 (Best Actor, Best Actress, Best Screenplay, and Best Picture) it was proof that terror and mayhem have major mainstream appeal.  Even though Anthony Hopkins had a 25 year career before the film was released, Hannibal Lecter was his break-out role, cementing his status as of the most respected, versatile modern actors.   The influence The Silence of the Lambs had on the horror genre can never be understated.

Can you believe these five films are turning 25-years-old in 2016?  What are your favorite horror movies from 1991?  Sound off in the Comments section!