5 songs that prove ICP are actually masters of horror

On the day that the wagons come I just pray that you let me on. 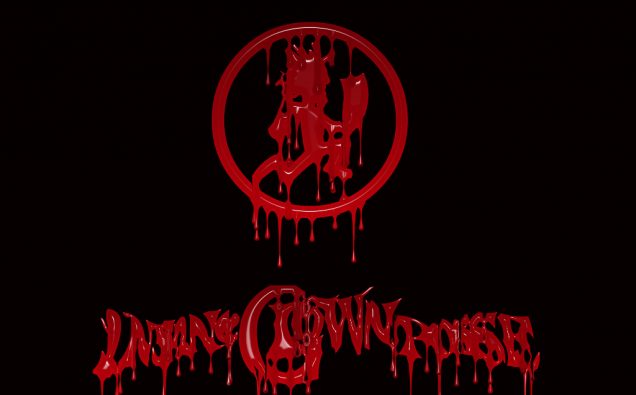 ICP otherwise known as The Insane Clown Posse are one of those bands that you either love or hate.  Most often they are viewed poorly and are considered a joke to anyone who isn’t already a fan.  I remember when I first heard their music, I was young and immature enough to think NSFW songs like “Lil’ Somethin’ Somethin” and “Spin the bottle” were amazing.  However all throughout their albums are messages outside of eating, dating, or being a dead body.  No matter how low brow they seem, from the view of a horror fan you can see the over all image is one of evil, wicked undead clowns from the powerful image of a “Dark Carnival.”  Their lyrics are often so off the wall that it encompasses the true way of thinking an insane zombie clown might have. 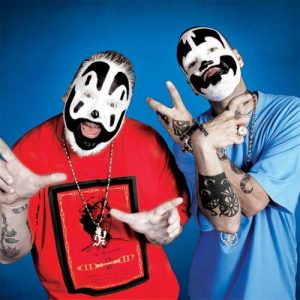 This whole article is probably NSFW.

That being said, on more than one occasion Shaggy 2 Dope, and Violent J have flexed their horror muscles and truly shown a greater appreciation for horror that most people don’t give them credit for.  The following list is about five of those times, first on the list is…

Quick, what is the first thing you think about when you see the name Edgar Allen Poe?  No, not the Raven!  I was referring to one of my favorite short stories by Poe – The Tell Tale Heart.  The story follows an elderly man and his manservant, and is told from the servant’s point of view.  The old man has an eye that is in bad shape, described as “A pale blue eye with a film over it.”  The servant is slowly driven mad by the eye and concludes the only solution is to kill the old man.  It’s a classic tale that ends with his guilt causing him to confess to the murder and is a classic trope within the horror community. 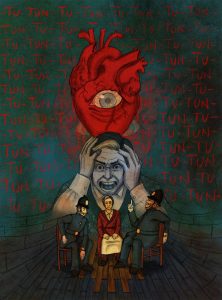 “It is the beating of his hideous heart!“

ICP’s Ol’ Evil Eye, is a retelling of the classic story with the kind of lyrics one would come to expect from the unstable duo’s personas.  However, scattered throughout the song are excerpts from The Tell Tale Heart.  While I was unable to find the name of whomever was reading the excerpts, in the lyrics credit section Edgar Allen Poe is credited.  I’m not going to presume they have a recording of Poe reciting his short stories but I can confidently say that ICP crediting Poe is not only a smart move, but a classy one as well.

The villain dying at the beginning of a story is an old one.  Often they are victimized by vigilante justice, only to strike a bargain with otherworldly often demonic beings who empower them and allow them to return to seek revenge.  Such is the case with the song 12.  It opens with a thunderstorm and a growling whisper of “Awake” that quickly escalates into the song proper declaring “Revenge is mine, twelve people will die tonight.”  The Riddle Box album has a very unique carnival back drop over the entire track list, and the distorted carnival music accompanies this song very well.  It follows a returned soul who seeks revenge on twelve people.  These people are clearly implied to be a jury and with the power of the “spirits” he is able to find them all.  I am reminded of The Crow in the way the song implies he is invincible so long as he has the spirits with him, in the same way The Crow was also untouchable so long as his pet bird was alive.  By the end of the song the spirits abandon him as day light approaches and yet the evil clown who was put to death by a jury manages to kill all twelve of his victims before expiring for a second time. 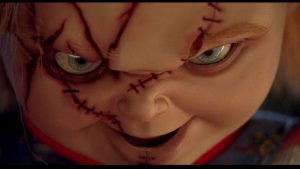 This concept is used a lot.

The song encompasses an entire short story in this fashion and as it stands they weren’t the first or last to use this idea in colorful ways, but for me it’s one I can appreciate as a good horror story that shares this classic staple of a horror trope.

The story of Frankenstein has seen many incarnations since it was first penned by Mary Shelley.  While the concept behind Mad Professor is one in the same, it comes as no surprise when, in the background, excerpts from a theatrical version of the movie Frankenstein can be heard.  In the song, Violent J tells his story that leads up to him creating Shaggy 2 Dope because he’s lonely and needs a friend.  Over the course of the song the “Mad Professor” commits several murders and admits to a large body count all in the name of creating his “Special Friend” so they can spread the word about the carnival.  The intermittent skits that take place in the song are as tongue-in-cheeck as joking about murder can be, all while maintaining that “Insane” vibe they’re known for.

This is yet another track from Riddle Box which really carried the horror theme strongly over all, but this song is very different.  There are a lot of things you would expect from ICP, having moral standings or religious views might not be those things, and yet clearly under all the chaos and madness of “The Dark Carnival” and “Wicked Clowns” is a simple message, “Follow God, or face the consequences.”  A very mixed message from a band that told everyone to go F@#k themselves. In the song The Killing Fields, they rap about their ideology of what Hell is like.  Every verse is as disturbing as it is descriptive and were you to see such a sight as that which is described you’d have nightmares for like, at least a week you guys.  In case there is any dispute they are describing Hell, this part of the song will affirm they are.

“As I’m feed off a dead pig, I’m thinking back, to when I had  heart beat and how I would act.  I would steal from the poor and laugh at the sick, but in the Killing Fields you get your F@#kin’ neck ripped”

The entire song exaggerates many fears and retellings of what Hell is like, and shoves them in your face in a way that only an insane clown can.  During the chorus a very angry woman can be heard giving a speech, one I’m sure I’ve heard elsewhere but I can find no reference to it anywhere besides this song, so I could be wrong.  Either way, the woman is so passionate with her words she almost guilt trips the listener.  While this song has powerful religious views it also has a horror fan’s attention when it comes to painting a gory and scary picture.

So many times we see it in real life, a kid snaps and commits murder.  It is never a good thing and many bands handle the topic differently, ICP went down the road of the horror movie.  From the perspective of the out-cast the song follows the narratives of the kid and his descent into madness and murder.  The haunting carnival music combined with random laughter and a panicked voice repeating “You’ve gotta think straight now” gives you a glimpse of what goes on in this kid’s head.  Mr. Johnson is described as a bigot and deserving of being decapitated.  What isn’t warranted is the part where the kid keeps the head in his book-bag. 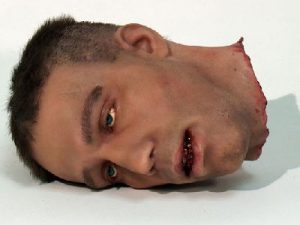 “Not a school supply.”

The kid doesn’t seem to get caught by the end of the song, which is to imply he wasn’t the antagonist but rather the protagonist.  In a lot of ways the song touches on issues like bigotry, but more heavily on bullying and what the end results can be if pushed too far.  Could it be there really are moral messages hidden in their themes?  I’m convinced there are and regardless of that they have churned out more horror themed music than some of the blackest metal bands out there.  If I didn’t sway your musical indulgences I hope you at least take away an appreciation for two underrated masters of horror.