68 Kill Delivers In The Most Bloody Way Possible 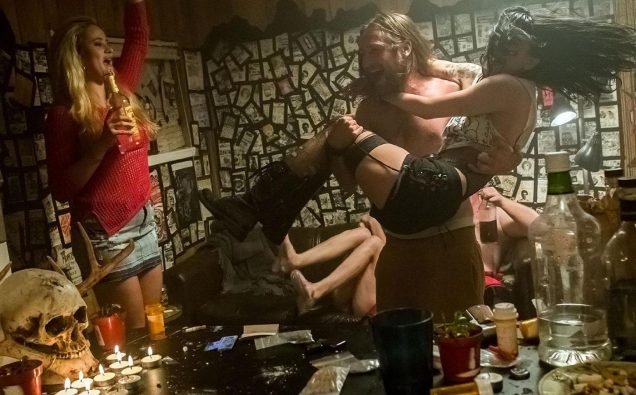 As you the readers of the site know I attended Horror Fest at Wizard World Philly over the weekend. One of the films shown was the Philadelphia premiere of the film 68 Kill. Not to minimize anything else I saw over the weekend, watching this film was the highlight of the weekend for me.

The official synopsis of the film:

It started with a couple dead bodies and $68,000 in stolen cash. Chip Taylor’s girlfriend Liza had the perfect plan to rip off her rich sugar daddy. It should have been an easy in and out kind of deal. Nobody would get hurt and they would come out of it with enough loot to solve their problems. But things started going wrong as soon as they were inside the rich man’s house, and for Chip it was only the beginning of the longest, most terrifying ride of his life.

While 68 Kill is more of a thriller than it is horror, it does have enough bloodshed (see what I did there?) that it would make Quentin Tarantino blush. 68 Kill has a run time of 93 minutes and every minute has you on the edge of your seat wondering what is going to happen next. The film is paced perfectly, there are no breaks, just enough time to catch yourself before the next punch (or gunshot if you will).

The film stars Matthew Gray Gubler as Chip, a good hearted guy but pushover at the same time, and AnnaLynne McCord as Liza, Chip’s sexy, but with a few screws loose, girlfriend. After Liza discovers a client of hers has $68,000 in cash in his home, she launches an idea for her and Chip to rob him, take the money, and run away to start a new life fresh. As you expect, it doesn’t go as planned and that $68,000 ends up changing almost a dozen lives overnight.

The film is dark, it’s grim, and as I said earlier, it is gruesome. Matthew Gray Gubler’s portrayal of Chip is spot on. From the more lovable pushover that he starts off as to the “I’ve had enough of this badass” that he becomes. Now let me preface this that I mean this in the most positive way possible, AnnaLynne McCord is out of her F#%*ING mind as Liza. I don’t believe it’s professional to curse in my writings for the site, but her performance deserved it. I could write for pages and pages about how great her performance was, but I simply don’t have enough time.

The film is directed and written by Trent Haaga (Citizen Toxie: Toxic Avenger IV, Deadgirl, Chop), based on the novel 68 Kill by Bryan Smith. Besides Gubler and McCord, rounding out the main cast is Alisha Boe and Sheila Vand.