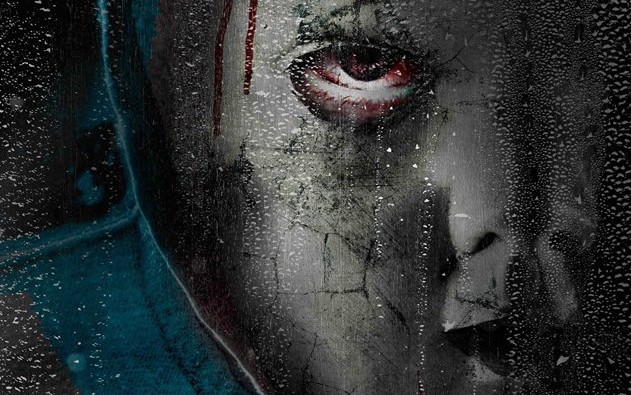 We’ve been following this film Bastard for a while. Check out our interview with the directors, Powell Robinson and Patrick Robert Young, from a few months back here!

Well, I was already looking forward to this film. I mean, c’mon, retro slasher films rock. But now my excitement has been kicked up a couple of notches because it has not been announced that Bastard will fill the 7th slot in this years 8 Films to Die For!

Remember those classic 80’s slasher movies that were all the rave?  Well, hold on to your heads, we’re bringing it back to the extreme. Bastard will be the 7th film in the ‘8 Films to Die For’ lineup, in theaters October 16, 2015.
“Bastard encompasses all the classic qualities that horror fans crave,” says Franchesca Lantz, Director of Creative Affairs & Acquisitions at After Dark Films, “it’s hard to watch, yet it’s impossible to look away.”
Written by Patrick Robert Young and directed by Powell Robinson and Patrick Robert Young, this character-driven film has been referred to as a “Triumph for independent horror.”
The film stars Tonya Kay (Get Him to the Greek), Rebekah Kennedy (Season of the Witch), Burt Culver (The Paper Boat), Ellis Greer (A Small Death), Dan Creed (Dinner Party), and Will Tranfo (The Creation of Aspen).
“Bastard is a labor of horror love crafted on a budget of blood, sweat, and visceral synth score,” says directors Powell Robinson and Patrick Robert Young,  “Shot under the influence of Tom Savini and Jamie Lee Curtis’ lungs, Bastard hearkens back to a time when people couldn’t complain about the state of horror.  Our approach was not to spoof or make fun of these old slashers, but rather embrace the mindset of how these films were made, and make our story with the same technique and passion. We wanted to give our fellow horror lovers the 80’s cult flick they never got to see in theaters – the one that inspires them to go out and make their own.  Because that’s what films like Halloween, My Bloody Valentine, and Zombi have done for us.”

For those who didn’t read the interview article link up top (hint, hint, nudge, nudge), the official synopsis for Bastard is as follows:

I for one can’t wait! Scope the trailer below and keep your eyes open for this gem!