90’s Nostalgia Part 3: 10 More Horror Films that Represent the Best of the Decade

From the era of Razor Scooters, Bill Clinton, and The Spice Girls. 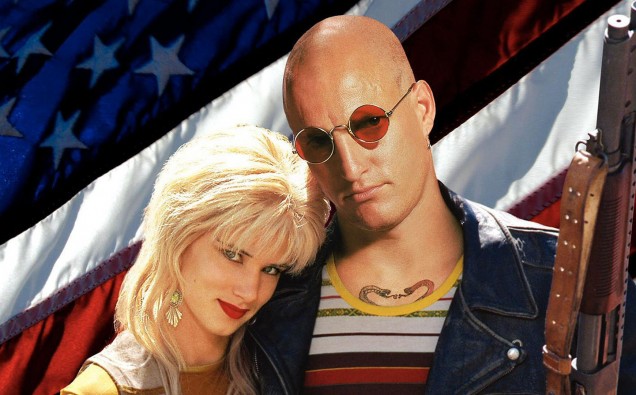 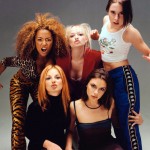 Let’s face it, the beginning of the 21st Century was a scary time, not just for Americans, but for the entire world; new threats like international terrorism, rouge states, and biological warfare loomed large. This drastic shift in consciousness was enough to make the 1990’s seem downright idyllic in comparison (despite the fact that the decade had it’s own wars, riots, and international calamities). The difference is that most Americans felt safe and isolated from the world’s most terrifying happenings in the 1990’s, whereas these threats came right to our doorways in the 2000’s.

Horror movies of the 1990’s also seem to reflect a more carefree existence and, in hindsight, films of this era often feel flippant when compared to the brutal wave of cinema that changed the genre landscape in the 2000’s. Still, I had no idea there was so much love for the 1990’s until I made the blanket statement that it was “a piss-poor decade for horror movies”.

Suddenly I was flooded with responses that mentioned a plethora of great genre offering from the 1990’s, many more than I had previously recollected. It also made me realize that horror movies from the 90’s that stand the test of time, those with the ability to chill us in this Sacred New World, are a rare breed that deserve acknowledgement.

For your entertainment, please enjoy my latest list of the Best Horror Movies of the 1990’s. But before you start asking, “What about Scream?” and, “What about Silence of the Lambs?” etc., read my previous installments of 90’s Nostalgia: HERE and HERE. 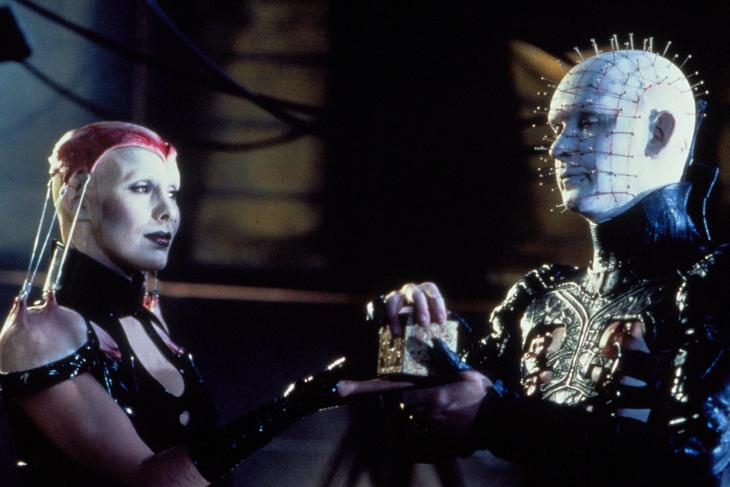 While the franchise still enjoys a rabid following, the 1990’s were the last decade to produced a great Hellraiser film; Hellraiser 3: Hell on Earth came out in 1992, and Hellraiser: Bloodline followed in 1996. While neither film is as good as the first two installments in the Hellraiser series, both are worlds better than the 5 straight to DVD sequels that have been released since. What Makes Bloodline superior to Hell on Earth is its scope: Bloodline is, in fact, a prequel and a sequel, explaining the origins of the mysterious puzzle box (the Lament Configuration) and ending in the distant future on a space station (a successful melding of gothic horror and sci-fi that came out a year before Event Horizon). While Bloodlines may lack the visceral brutality of its predecessors, the vast mythology it presents makes it a fan favorite. 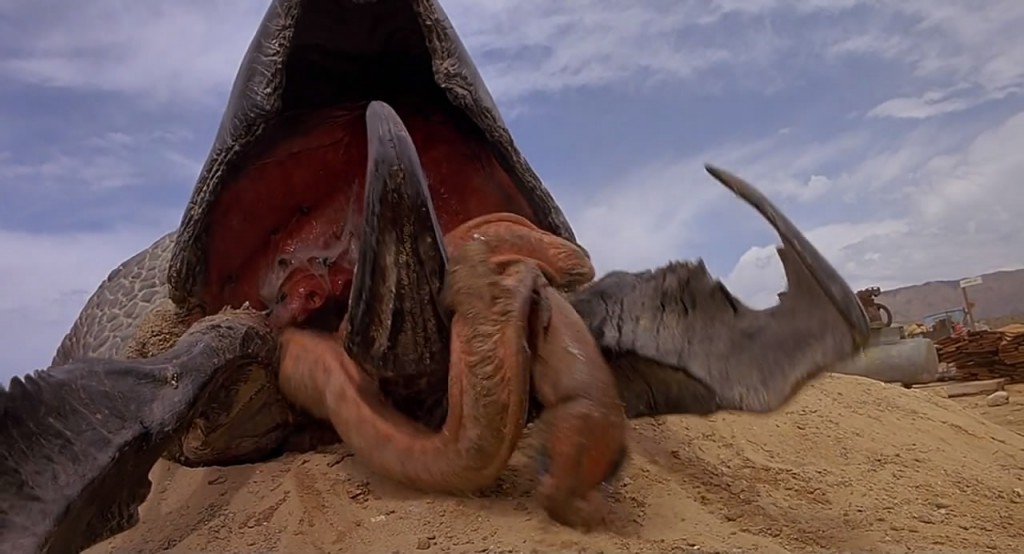 Yes, the “Graboids” felt like a rip off of the Spice Worms from Dune, but Tremors is a delightful, down-home, rip-roaring good time from start to finish.  It’s an excellent comedy, yet retains a sense of palpable danger, setting it apart from other Horror-Comedies, some of which feel sanitized. The idea of underground monsters responsible for earthquakes was certainly enough to stoke anxieties of folks like me who lived in Southern California. And even though the premise is pretty ridiculous, an excellent script, explosive action, and relatable characters make Tremors a winner. Also, a great film to reference when playing 6-Degrees of Kevin Bacon. 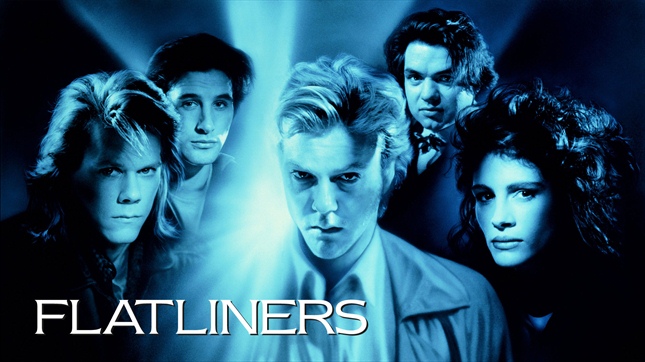 Concepts like karma and atonement are given a unique presentation in Flatliners; it’s the story of a group of rouge medical students researching the Afterlife by, basically, killing and reviving each other. The cast of future A-List actors is likely to induce boatloads of nostalgia, featuring the blossoming talents of Keifer Sutherland, Julia Roberts, Oliver Platt, and (yup) Kevin Bacon. The East Coast Ivy-League setting and perpetual gloominess creates and excellent modern gothic aesthetic and the FX, while dated, still produce some genuine thrills. Yes, the Cheese Factor runs high in the Third Act, but it’s enough of a roller coaster throughout to satisfy most of today’s discerning horror aficionados. 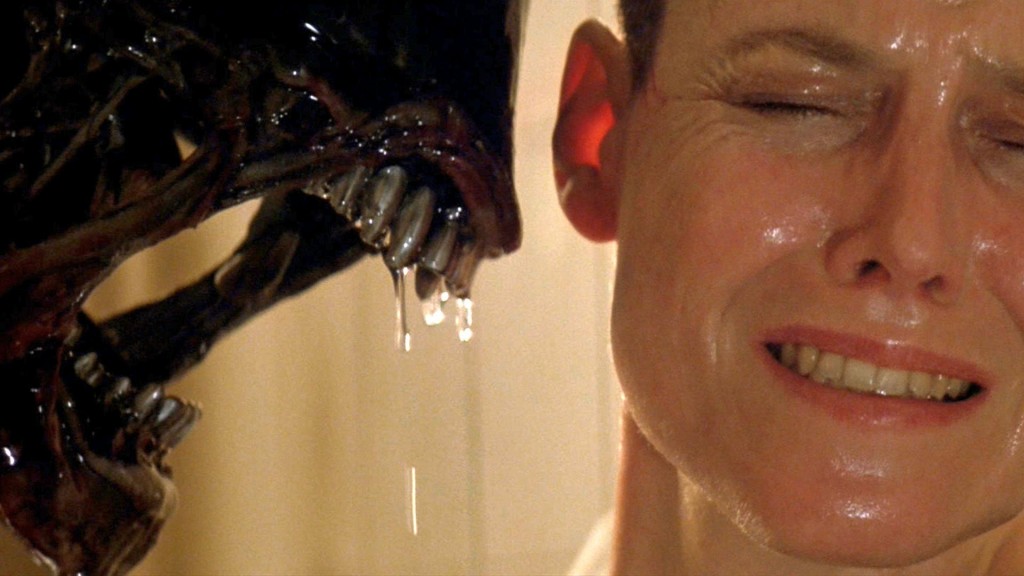 While I can’t argue with those who say the franchise peaked in 1986 with Aliens, I still consider Alien 3 to be a damn good film. It was the directorial debut for David Fincher who would go on to helm amazing movies like: Seven, Fight Club, Panic Room, Zodiac, and 2014’s Gone Girl. True, Alien 3 has a vastly different feel from both of its predecessors (gloomy and gothic as opposed to loud and terrifying) but I think it was a perfect mood for the setting, as well as the main character’s mindset at this point in the story. In many ways, I wish the Alien Franchise had ended here, as I was utterly disappointed with Alien Resurrection (and I’m only mildly interested in Prometheus); the final image of Ripley, clutching the queen alien larva to her chest like a baby as she falls into oblivion, is haunting and epic. 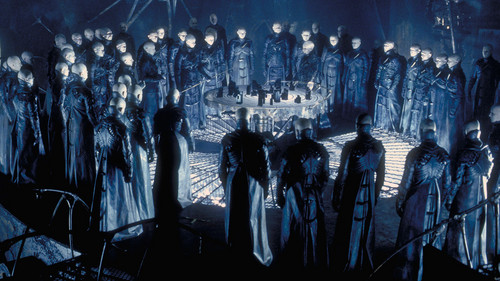 Even though it proceeded The Matrix by a year, Dark City has been completely overshadowed by the Wachowskis trilogy. Both films have a similar aesthetic, melding aspects of science fiction with cyber-punk, creating a kind of apocalyptic noir. But even though these films look somewhat alike, and both feature aliens as antagonists, Dark City is a much different kind of movie that deserves to be acknowledged in its own right. It plays out like a hard-boiled Who-Done-It set in an inescapable urban sprawl, controlled by aliens who resemble Cenobites (without the blood and piercings). Get ready for another break-out performance from a young Keifer Sutherland as the off-kilter Dr. Schreber. Then up-and-comers Rufus Sewell and Jennifer Connelly are great as star-crossed lovers, searching for meaning in a nightmare world that never seems to make sense. 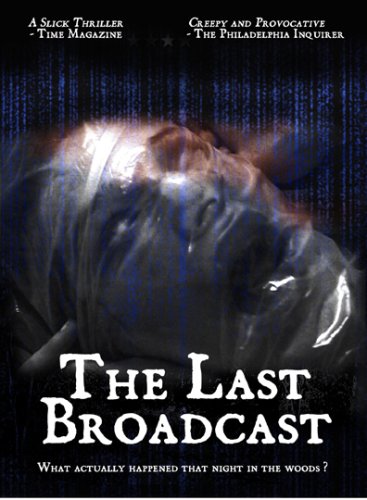 Proceeding The Blair Witch Project by a year, The Last Broadcast was released when “Found-Footage” was an unknown term, nowhere near the herculean subgenre it is today. The Last Broadcast also focused on a pair of paranormal researchers, many years before this kind of “reality-programming” would resemble a mainstream occurrence.   For these and other reasons, I feel that this film truly deserves some of the recognition that went to The Blair Witch; not only was it incredibly innovative, the story is much more compelling than Blair, with a truly unsettling twist that’s nearly impossible to predict. Sure, the film’s micro-budget shows from time to time (like how everyone uses the same microphone, even though the film is supposedly culled from multiple sources) but the great script and excellent, realistic presentation makes The Last Broadcast a film worth seeing. 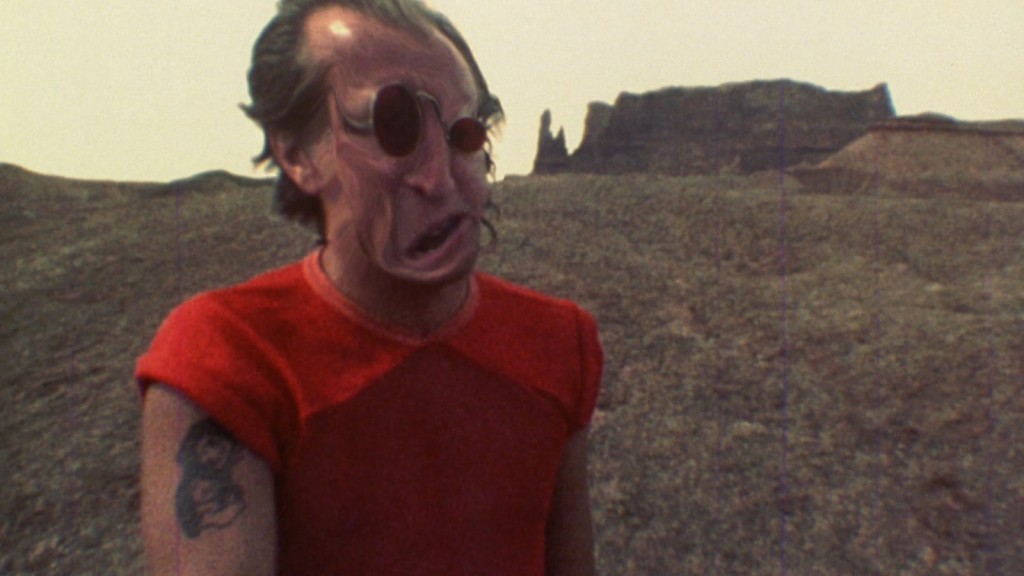 Proof that Oliver Stone could have been an awesome horror movie director, Natural Born Killers is a unique blend of ultra-violence and popular culture that plays out like a condemnation of the entire human race. The frenzied, psychedelic mix of filming techniques (black & white, animation, filters/lenses) parallels the psychotic, fractured minds of the film’s antiheros: A modern day Bonnie and Clyde played by Woody Harrelson and Juliette Lewis. While it might not hold the same power today, Natural Born Killers was incredibly controversial when first released in 1994; Stone had to cut over 4 minutes in order to procure an R-rating from the MPAA, and the film was banned outright in Ireland. Natural Born Killers also became a convenient scapegoat during national tragedies like the Heath High School shooting and the Columbine Massacre. Robert Downey, Jr. is the unsung hero of the film with his unhinged portrayal of drug-addled talk show host Wayne Gale. 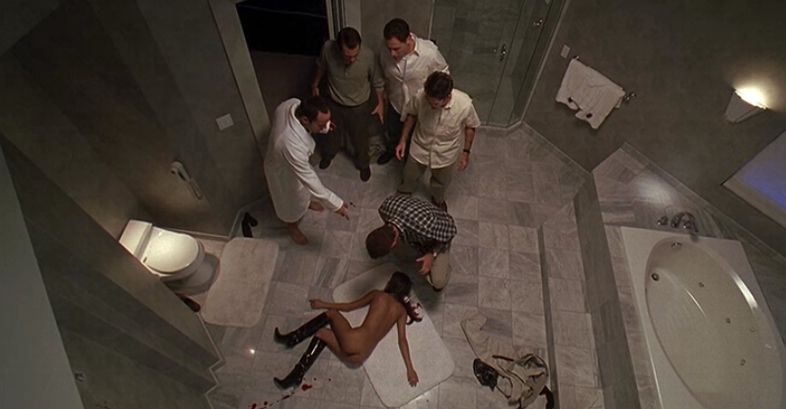 While not generally classified as a horror movie, Very Bad Things is just as cruel, cold-hearted, and nasty as anything you’re likely to experience; it’s also extremely hilarious. When a prostitute is accidentally killed during a bachelor party in Las Vegas, a group of friends are forced to make quick decisions with serious consequences. A seemingly simple plan to cover their tracks unravels (as seemingly simple plans often do), pitting friend against friend in an effort to avoid discovery. The cast is awesome with John Favreau as the groom-to-be and Leland Orser, Jeremy Piven, Daniel Stern, and Christian Slater as his murderous groomsmen. Cameron Diaz, in her follow-up to There’s Something About Mary, busts guts as the ultimate Bride-zilla, determined to do anything (yes, anything) to make sure her wedding goes off without a hitch. 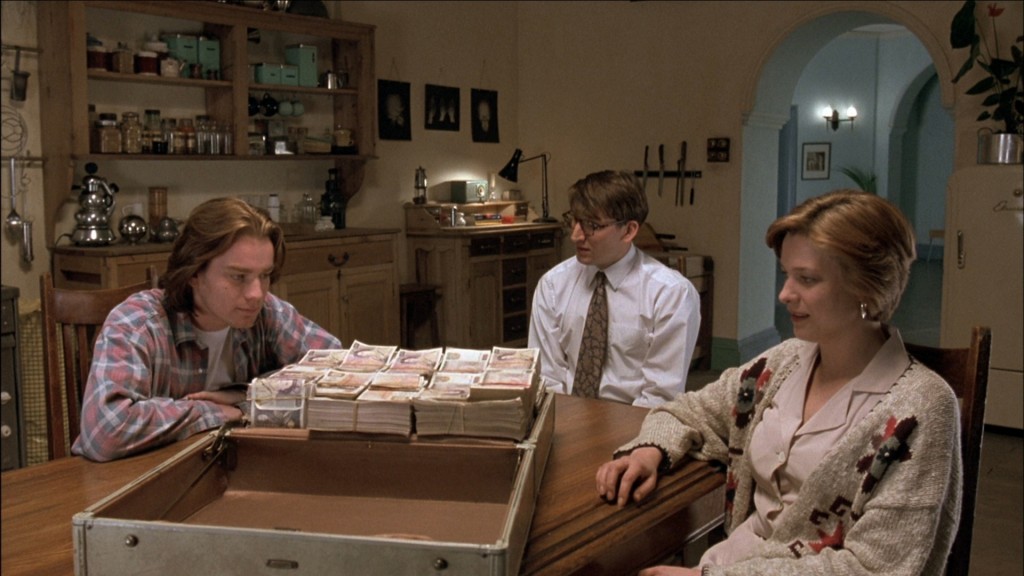 Dan Boyle is a writer/producer/director of incredible scope; before delivering the virus horror hit 28 Days Later in 2002, Boyle’s first feature film, Shallow Grave, showed his incredible promise. It’s the story of 3 snobby yet fabulous flat-mates (roommates) who find themselves divided when a suitcase full of money comes between them—and the more devious aspects of human nature emerge. Deceptively bright and cheery, Shallow Grave is a deeply unnerving exploration of greed, sex, and friendship. In one of his very first roles, Ewan McGregor steals the show as the conceited yet vulnerable Alex Law. While the films bloody moments are few and far between, Boyle doesn’t bar holds when it comes to his portrayal of violence at its aftermath; the sound of a saw cutting through bone is enough to induce a coronary. 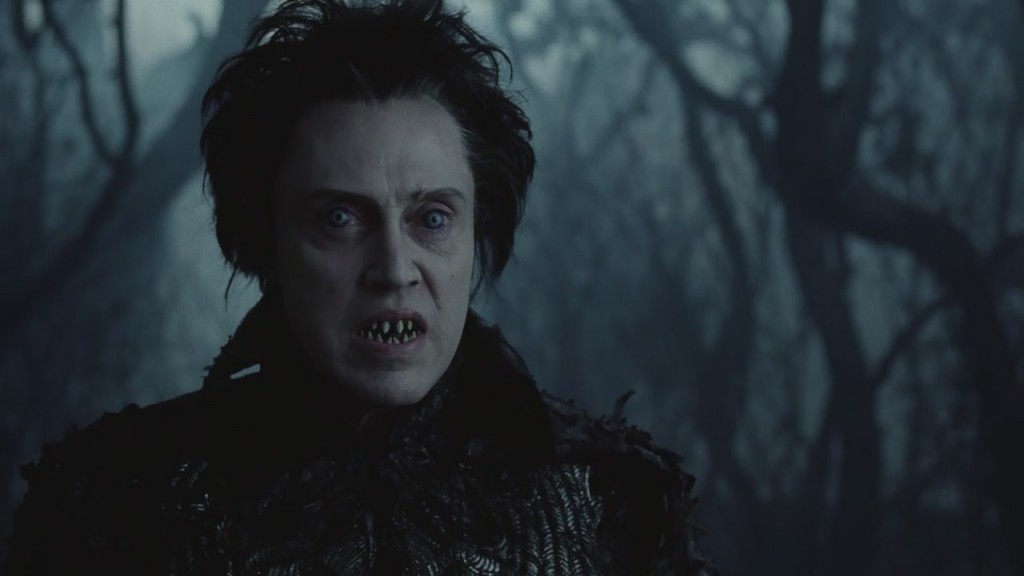 While Tim Burton is clearly influenced by the darker aspects of life (and death), none of his film are really considered horror. I’d argue that Sleepy Hollow deserves inclusion in the genre for one main reason: Christopher Walken’s blood-chilling portrayal of the Hessian Horseman. Walken is truly demonic and captivating and, in my opinion, this character deserves to stand tall with some of the most iconic villains of horror. Miranda Richardson is also scary as hell as the cackling crone, and Johnny Depp plays the affable and slightly clumsy Ichabod Crane. There’s nothing especially deep or nuanced about the film; it’s just a straight-ahead good time and something horror fans can regard as a guilty pleasure.

What are your favorite horror movies from the 1990’s? Are there any titles you’d like to see on future lists? Let me know in the comments section!