A Journey To The “Valley Of The Sasquatch”

It's better than "Sasquatch Mountain", despite the smaller scale. 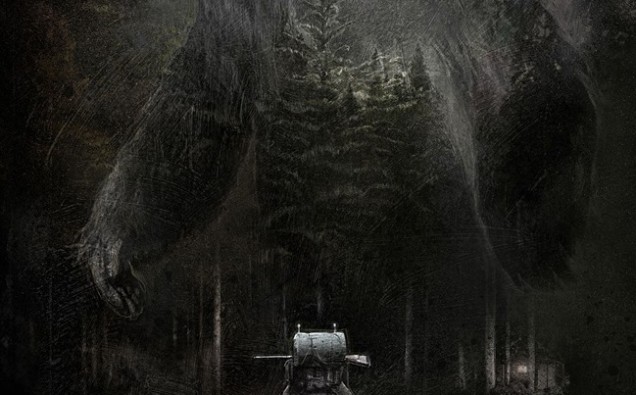 Valley of the Sasquatch

In my experience (which we’re pretending is credible for the moment), Bigfoot movies have always been hit or miss. Actually, they’ve been more miss than hit…they’ve been terrible, just terrible. True, there have been some good ones (SOME, I stress). For instance, not too long ago I had watched a movie named Exists. It was a found footage Bigfoot flick with really impressive effects (given the budget) & a okay story to move things along. On the more “decent” side of things, there’s been Abominable, a Bigfoot movie with Lance Henrikson (Aliens, Man’s Best Friend), & there’s been Sasquatch, a Bigfoot movie starring…Lance Henrikson. Hmm…come to think of it, there was also a movie called “Sasquatch Mountain” starring…Lance…Henrikson…I’ve never quite noticed it before, but Lance Henrikson has been in quite a few Bigfoot movies. I wonder…anyway, back to topic. There’s also been a lot of bad Bigfoot movies, like “Assault of Sasquatch”, which had the title monster get horny after watching a woman shower. I’m not saying I wouldn’t get turned on watching a babe shower as well, I’m just saying I don’t want to see Bigfoot get ready to jerk it. Where is this all going, you ask? Other than admitting I have a habit of watching women in the shower without them knowing, I’m also going to share my views on an indie flick I just had the honor of seeing named “Valley of the Sasquatch”. Special thanks to Joshua Millican!

Where to begin, where to begin…well, overall, it’s not a bad movie. It’s by no means the greatest, but it’s not trying to be (at least, I don’t think it is). It’s a fun little treat that doesn’t really bring anything new to the table, but it doesn’t need to. Throughout the picture, I was never bored or uninterested. That’s what a good film does, right? Keeps you entertained & interested?

In order to know what I’m talking about (which is nigh-impossible sometimes), let me fill you in on what goes down in this film. It follows a father & son that are so down on their luck, they have to move into a rundown cabin. Not “visit a cabin for a while”, I mean move in. As in live in the cabin. Like, as their home. That sucks. After a bit, the dad’s brother & his real shitty friend (real shitbag) come over to relax with them…as in the shitbag gets drunk with the dad while the uncle bonds with the son. They decide to go hunting, & wouldn’t you know it, the woods are full of Sasquatches. Total buzzkill. So, they have to fight for their lives against the hairy threat. That’s the gist of it.

As you can see, the story isn’t anything to brag about. It’s short, sweet, & to the point. I never found myself guessing what was going to happen next, but it was still fun. The actors did a decent job with their roles. Bill Oberst Jr. (Scary Or Die, Abraham Lincoln vs. Zombies) probably did the best acting in the whole movie, if I had to choose one. I’m not saying everyone else did poorly, just that he did the best. Also, I liked his take of Abraham Lincoln in Abraham Lincoln vs. Zombies, so I’m being a little biased…okay, okay, extremely biased, but can you blame me? Watch that movie & tell me he doesn’t do a pretty damn good Lincoln.

The Sasquatches themselves were pretty good. It was all done with practical effects, so that hooked me already. Was it the best practical effects? Did it blow me away like a shotgun blast at point blank range? Well, here’s the thing. A shotgun blast, no matter how close, will not blow you away. The amount of force to do that would send the shooter flying back as well. Instead, the buckshot will just go through your squishy body like a shotgun blast through butter…or anything soft & squishy for that matter. Point is, just like that disappointing fact, the special effects are exactly amazing. However, seeing buckshot go through things is still cool despite lacking the “blowback” deal, & practical effects are always a welcome sight. The sight of seeing a dummy arm being torn off a screaming actor by a man dressed as a Sasquatch is just so appealing for some reason. Don’t ask me why, because I don’t truly know…though I speculate it’s because a lot of us are sick bastards.

So, as I said, this movie is pretty good. Its fun, it’s entertaining, & you won’t leave disappointed. I’d say go ahead & give it a watch if you get the chance. If anything, you’ll get to see some Sasquatches brutally kill a few people, & isn’t that all we want to see anyway?