A small town with big problems 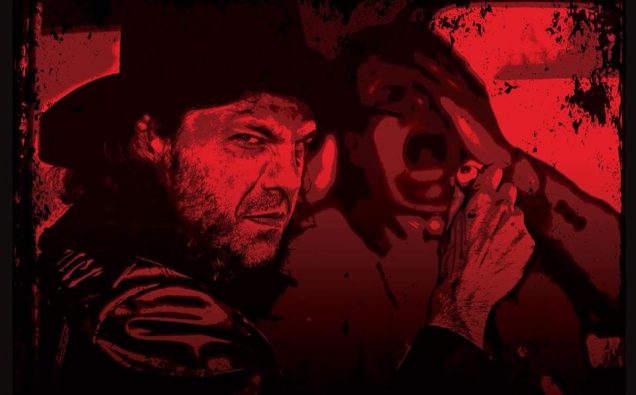 Rick Chandler from the Boston Film Family is quickly making a name for himself throughout the New England independent horror scene. His most recent film, Witch Hunt, is guaranteed to spring him that much further. With an impressive line-up of actors, a stellar director of photography, and breath-taking costume design, it was very much considered a gift to be able to screen Witch Hunt.

A troubled priest named Father Costello (Graham King) is battling his own inner (and outer) demons. The first is being involved in an exorcism that ends in the death of a young girl, the second witnessing the death of his lover (Sam Hays) by the hands of local self loathing Sheriff Tormada (Tony Ramos Wright), and now to top things off, his town seems to be taken over by a troublesome convent of witches! Shit! What’s a troubled, homosexual priest to do? It’s time to call in the badasses!

Let me introduce you to our witch-hunters; Dominic and Agatha Damarus (Rick Chandler and Carver Riot). Dominic and Agatha are a pair of Bosnian siblings born and raised under the cross. The abuse and holy fears they endured in child-hood under Sister Dragojevic (Lynn Julian) led them to remove themselves from the church and follow their true calling; burning evil witch asses by the dozens. These two are not your typical heroes. Addictions to dope, sex, and booze add layers of dark and, dare I say, romantic interest to the characters. Violent and sexy outbursts are not rare.

It isn’t long before our leather clad duo meet face to face with coven leader Morrigan (Lilith Astaroth) and her followers. Shots are fired and blood spills in all out pandemonium. The climax is full of action and beauty. Above all else, our audience wonders what is next for the witch-hunters.

Often in independent films such as this one, many areas can be lacking in attention. With the exception of a few scenes where the dialogue is hard to interpret, the production is seemless. Director of photography, Nick Norrman, does an amazing job of inviting the viewer right into the action. Chandler and Riot as leads were complex, entertaining, and interesting to say the least. Graham and Wright offered an intensity in their performance. One of the most detail oriented parts of this film was the beautiful and outlandish costumes designed by Jenny French. The unapologetic music of Cancerslug as well as some great tunes by Rob Byrd, Sorrowseed, and Evil Sword were the icing on the cake. I am not sure what the exact budget was for Witch Hunt but it doesn’t matter. The film hit every target it intended. With the perfect blend of blood, violence, sex, drugs, and rock and roll I give Rick Chandler’s Witch Hunt two flaming devil’s horn straight up to the fucking sky. Keep an eye out for this one.