A LOOK AT THE BATES MOTEL

A compelling series that is a prelude to the madness of Norman Bates. 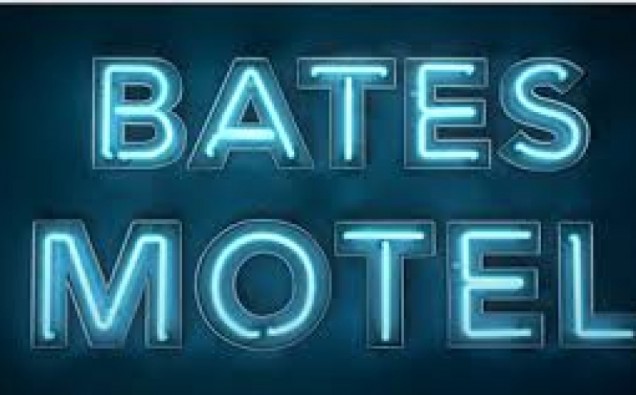 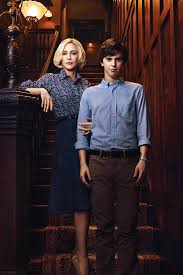 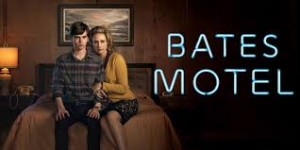 If watching Alfred Hitchcock’s Psycho left you wondering how exactly Norman Bates ended up so psycho, you might enjoy Bates Motel. The series airs on A&E and develops the story of young Norman’s formative years: how he came to live in that iconically creepy old house, the backstory of the motel in an out-of-the-way town, how young Norman developed an interest in taxidermy, and of course all about his relationship with his mother.

As the series opens, Norman and his mother Norma are moving to White Pines, Oregon to run a small motel. Norman’s father has just died suddenly under mysterious circumstances, which Norma continually tries to prevent her son from investigating. The situation quickly becomes more complicated as the motel’s former owner breaks into the Bates residence and rapes Norma. Norman, returning home, kills the intruder and he and his mother hide the body in the lake on the property.

The arrival of Norman’s half-brother Dylan brings further conflict. Dylan’s job guarding a large marijuana field brings the Bates family deeper into the shady dealings beneath the idyllic small-town veneer of White Pines. Norman soon learns that even law enforcement officers have ugly secrets when he finds a woman chained in a deputy’s basement. A new highway bypass being built threatens the Bates family’s livelihood, as far fewer travelers will drive past the motel.

But it is Norman’s relationship with his mother that is at the heart of the series. Mrs. Bates, seen in mummified form in Hitchcock’s movie, is played by Vera Farmiga. Farmiga’s mesmerizing performance highlights both Norma’s vulnerability and her iron-fisted control over her son. Her outrage when Norman loses his virginity to a cute classmate can be seen planting the seeds that will eventually lead to his stabbing of Marion Crane.

As the series progresses, the audience learns more about Norman’s psychological issues. While at the outset, he seems like a shy kid who’s maybe just a little bit “off”, by the end of the first season he is shown to be a genuine budding psychopath. Although Norman has no memory of his father’s death, Norma tells Dylan that in fact Norman killed his father, enraged by watching Mr. Bates beat Norma. Norman also hallucinates his mother encouraging him to kill one of his teachers when he sees her changing her clothes. We later see Norman telling his mother (the real one, not a hallucination of her) that he’s had another one of his blackouts. As she comforts him, the scene fades to a shot of his teacher, her throat slashed. Freddie Highmore’s sympathetic performance as young Norman leads the audience to hope that somehow he comes out of all this okay, though of course we know that he does not.

The series diverges from the movie in several ways. Most obviously, the timeframe of the series is different. It has an odd out-of-time feeling, reminiscent of a Wes Anderson movie. Though characters have iPods and cellphones, their clothing, appliances, and interior design all look to be midcentury. Several subplots involving drug and sex-slave conspiracies add interest to the series but are not directly relevant to the events of the movie. The series also has the Bates Motel located in White Pines, Oregon, rather than Fairvale, California.

Like the movie that inspired it, Bates Motel offers chilling psychological drama along with a soupcon of graphic violence. Seasons one and two are currently on Netflix. Season Three premiers on AMC March 9, 2015. 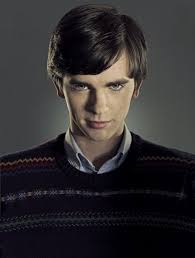