A Look At “The Guest” 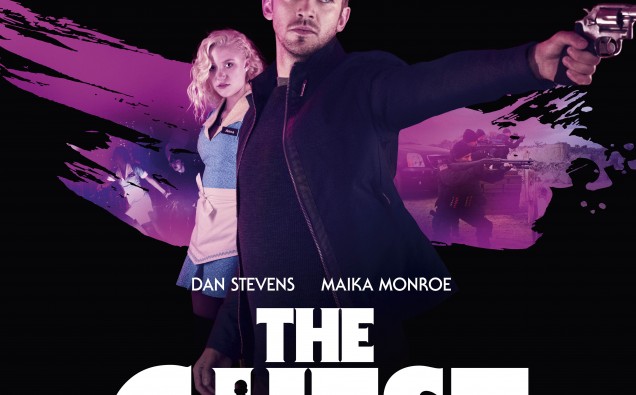 Ever since I was but a small child, I loved ‘80s horror movies. Something about the atmosphere they give, full of bad fashion & great music, just keeps me entertained. Whether it’s a journey to Camp Crystal Lake with Jason, or a tense chase involving the Terminator, the makers of these movies knew how to have a good time. Once the ‘80s where gone, so were they, & through the years have yet to be properly replicated. Then The Guest graced my screen & proved to me that those films can still be done.

What is there to say about The Guest? There are plenty of places to start. The music is a good point of interest, or the story, or even the overall feel of everything. I’m having trouble writing this review because I’m attempting to pick the best diamond in a mine full of them. I can’t think of one bad thing to say about this movie, to be completely honest. Not because it doesn’t have any, mind you, but it’s just the good points completely overshadow any bad ones. After giving some thought, it came to me that the obvious place to begin would be with the guest himself: Dan Stevens (Downton Abbey, The Fifth Estate).

If there was one reason to watch this movie beginning to end, it’s this guy. Steven’s character, David, is a soldier back in the U.S. after being overseas. Once back, he travels the home of the Petersons, the family of his friend (Caleb) that died during his tour. David promised Caleb that he would take care of his family, & for the first 20 or so minutes of the runtime, he does. He’s very polite & friendly when he first arrives, & having no place to go, the family actually lets him stay with them for a while. David helps them out around the house, eventually offering to pick up their other son (Luke) from high school. Once David notices that a group of kids bullying Luke, though…well, that’s when David reveals he can help in other ways as well. After an intense fight scene involving several beaten underage teens in a bar, everything starts to escalate. Turns out, David isn’t quite who he says he is, & it would be a crime to spoil what happens next.

Dan Stevens plays David to perfection…that’s right, this guy gets two paragraphs. Anyway, David captures the moment anytime he’s on screen. He goes from warm & friendly to cold & methodical in a heartbeat, & that’s before he grabs his guns to become an unstoppable force of death. His presence is felt through the entire movie, even when he’s not actively in the scene. In a way, he’s both the protagonist & the antagonist as I found myself rooting for him, but also hoping someone would put an end to his chaos before it was too late. I haven’t really felt that way about a horror villain before. With Jason Voorhees or Freddy Krueger, I’m always cheering them completely because…well, I’m a psychopath, I guess…but Dan Stevens portrays David as someone you want to see both live to the end & die before the credits roll. One of those happens, obviously, but I’m not saying which. Point is, David is a great character portrayed by a great actor. I can’t give the performance justice through words, so the only way to truly appreciate it is to watch the movie. Go ahead, run out to the store & grab a copy of the movie. I’ll still be here once it’s over, I can wait.

Back? Good. Now I don’t need  to continue since you already know how great it all was. But just in case they were out of copies or some other excuse, I’ll keep going since I’m such a nice guy. Where were we? Oh right, the other characters. Everyone else in the film does a pretty good job with the roles they are given. Shelia Kelly (L.A. Law, Sisters) plays the mom well, as does Leland Orser (ER, Taken 2) as the dad, but there’s nothing much to talk about there. Maika Monroe (At Any Price) does a believable job as the older daughter/hero of the film, though I would argue that Brendan Meyer (Mr. Young, Dinosapien) gave the best performance of the bunch as Luke, the depressed younger brother of the family. Lance Reddick (Fringe, The Wire) also acts as the Sam Loomis of the flick, Major Carver. He also does pretty well, but as I said before, Dan Stevens holds the gold medal in this race.

The soundtrack is phenomenal, almost completely made of synthesizer music. This really brings brought me back to feel of the ‘80s movies, reminding me of The Terminator & Day of the Dead. There’s not much more I can say about it except watch the movie & listen to it yourself. Now I’m starting to sound like a broken record. Ha ha…ehhh…

The story, which I already pretty much covered, is interesting & put together well enough that I stayed invested to it the entire time. It’s the classic “guy is not all that he seems” deal with some fresh spins added in. Basically, it’s a perfect mesh Halloween & The Terminator, taking the best aspects of both. The action scenes are very entertaining, & the climax at the end is very appealing visually (lots of red/blue/green lights in a foggy haunted house attraction).

The point I’m trying to make is that this is probably one of the best independent movies in a long time. It has a great lead, a good story, fun action, & a ‘80s-like atmosphere. If you haven’t seen it yet, I highly recommend checking it out.