Independent horror against the odds 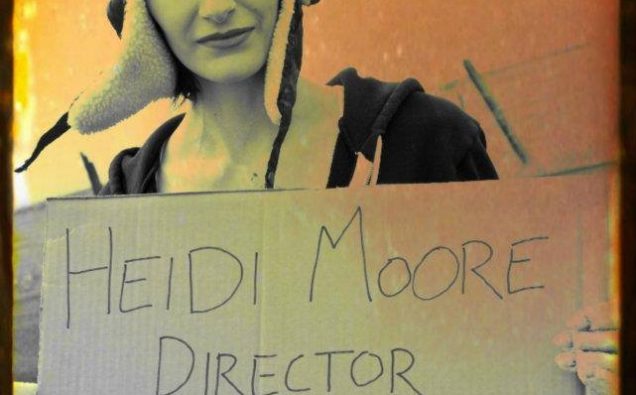 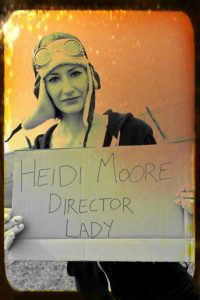 Heidi Moore is the mastermind behind independent film company, Wretched Productions ( http://www.wretchedproductions.com ) Moore is responsible for such ghastly horrific shorts as Wurms, Boyfriend, and Mommy. She recently finished principal photography on her first feature length film titled Dolly Deadly. I first connected with Heidi not long ago when crowd funding for my film, Happenstance. She was very supportive, and as a veteran, Moore offered useful insight to my virgin film-making self. Recently I got the opportunity to sit and chat with Miss Moore about her past projects and future plans.

GF– Tell me, what were the events leading up to you deciding to make horror films?

HM- Horror allows you to express yourself and create your art without censorship.

That is something that has always appealed to me because I grew up in a small, close minded town where I was the weird kid.
GF- being the weird kid has it’s advantages.
I never found a friend better than my imagination. so when did you first put that insight into production?
HM- how personal do you want to get here?
I didn’t have it easy getting into film. It involved having to get divorced, etc.
GF- that’s scary in itself
HM- I grew up in a small town where ambitions and creativity weren’t nurtured. I always wanted to be a filmmaker, but I didn’t know how and didn’t know anyone else who had a passion for it. I met my ex husband when I was 17, got pregnant with my first son when I was 19 and got kind of tied down from there. I wasn’t allowed to work and oppression really has a way of zapping your creativity. When I was 21 I snapped out of my funk and decided to become a photographer. It wasn’t filmmaking, but it was the closest thing I could do in my situation. When I moved to Florida I met some great people who were into film, and wanted to make a movie with me. I was watching a lot of Troma at the time so I wrote a super campy script about zombie strippers called “R.I.P. Tease”. I save up $4,000 to make it, we were all good to go, but then my husband decided it would be better spent on his career and took it.
At that point, I decided I wasn’t going to stand for that; I got a divorce and moved across the country to my mom’s house in California. It took me took me a few years to get on my feet and get to a position in life where I could start making movies and really try to make something happen.
Up until then I would talk about my ideas but never actually do anything. In 2011 I said “you need to walk that talk!” and I immediately got my campy short horror  film “Boyfriend” into production. It’s been on since then. 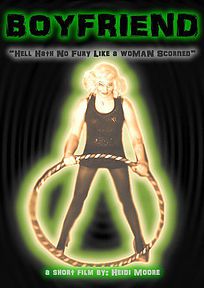 GF- it is addicting
HM- For some people it’s all you want to do. It’s very hard and causes a lot of obstacles in life. I would love to just be comfortable, work a job and have money to play with haha
GF- so you just wrapped on production of your feature, Dolly Deadly. Is this your first feature?
HM- Dolly Deadly is my first feature film. I figured I had made enough short films to learn from(making all kinds of mistakes) and it was time to step up my game.
GF- how was making a feature different from a short?
HM- Making a feature is much more work. You don’t get to shoot over the weekend and have a movie, and your story has to be so much more complex. It took me two years to finish filming Dolly Deadly. It’s a huge commitment.
GF- how did you handle funding? casting? did you hire or use people you know?
HM- We made $3,000 in crowd funding and then the other $10,000 came out of my pocket. I worked a day job and pretty much just handed over my paychecks.
As for casting I worked with friends and anyone willing to commit the time. I had people quit on me because they thought the movie was too controversial, and some people just didn’t feel like it. We even had someone quit the day before shooting who was supposed to be a main character.
GF- Worst.
your children are in the movie correct?
HM- Both of my kids are in the movie. My youngest son Justin plays the main character Benji. Which has cause problems with his school and in the community. I have had two cps reports and had to pull him and his brother out of the school they were going to. 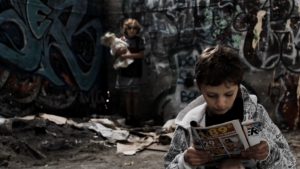 GF- because of the film? how?
HM- The sheriff came over and talked to Justin alone because of one of the police reports. Someone called the cops on me after watching my short film “Benji’s Memory” saying my son was in a porno.
GF- What became of that?
HM- And at the school the boys’ principal was telling them they are becoming psychopaths because they are in a horror movie. And that people who make horror are bad people.
GF- The normies don’t get it.
HM- To be honest I was surprised anyone saw my movie haha.
GF- you were probably the hot topic of the PTO meetings haha
HM- We live in a town of philistines
GF- Gross.
so do you expect to have Dolly Deadly release before you and your family go to jail?
HM- Ha. I hope so.
Making this movie has taken everything out of me. Maybe jail would be a nice break.lol
GF- then you would just be the weird kid in jail. what’s next?
HM- I have a horror TV show pilot in the works. I don’t want to reveal too much, but it will be pretty fun.
GF- That’s exciting. One more question.
if you could involve yourself in the life of one horror character romantically or platonically, who would you choose and what would your favorite activities to do together be?
HM- Pinhead from Hellraiser 😉
GF- So you get yourself alone with pinhead. How do you break the ice?
HM- Ha. I have no clue. I’m bad at these kind of answers. But I do know I’d like him to take me on a tour of hell. Maybe he can show me what mine will be. I wanted to add something about the cast. I am glad the other people quit and we ended up with the actors we did. Everyone was so dedicated and gave fantastic performances. And for the crew, we definitely had a few snags here and there, but I have been very fortunate to be able to work with some very creative artists. Get ready for a surprise! 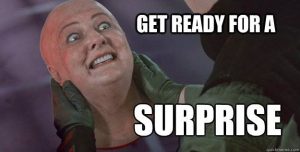 Dolly Deadly is almost in the completion stages of editing. You can learn more about Heidi Moore and her works at http://www.wretchedproductions.com