A ‘Witch’ Was Hiding In The Woods

The Witch Has Returned.... 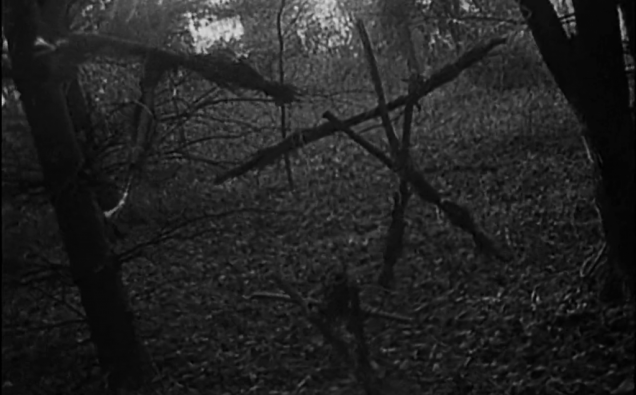 A secret was hiding under the noses of horror fans.  An evil witch has hiding, waiting  to unleash her evil upon the world once again.  A trailer for a movie called The Woods was released a while back.  It looked spooky and also a bit familiar.  It turns out, the trailer was used to execute a clever ruse.  Today, we receive the news that The Woods is actually a sequel to a horror movie from the past.

PopHorror reveals that the movie is actually a sequel to The Blair Witch Project, Blair Witch.  In this new entry, a man is looking for his sister, Heather Donahue, one of the missing film students from the first movie.  Along with some friends, the man explores the dark forest.  By watching the trailer, we see there’s something in the forest.  I’m hoping that this new entry will answer some questions left unanswered from the first movie.    I still want to know what actually happened to Heather, Mike and Josh.