A spoiler-free review of 'After Dark' 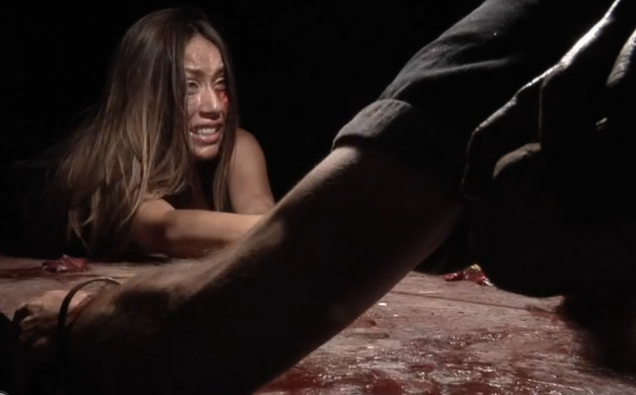 I stumbled across After Dark whilst browsing new horror titles on Amazon. Something about the cover and the synopsis drew me in, as it appeared to be one of those road trips gone wrong movies. 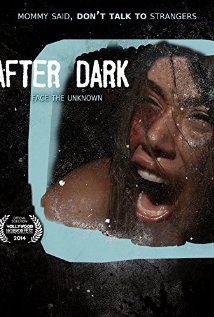 The film follows a group of friends whom decide to take a trip to the legendary Diamond Dunes– a well-known party spot for young adults during spring break. Along the way, through the desert, the driver of the car makes a wrong turn, landing them in the middle of nowhere at a dead end. To make things worse, the jackass driving the car threw a beer can at a creepy looking hitchhiker that was now headed the group’s way. While trying to turn the car around, a tire becomes popped, now stranding the group with the evil looking man close behind.

As it turns out, the evil man is actually very nice, and offers to help them. One of the friends decides to start walking to the closest busy road to find some help and leaves everyone else by the car. As night falls, a fire is started and the group hangs out, beginning to worry about their friend being gone too long. The stranger decides to tell everyone a scary campfire story about a bunch of partygoers that were murdered a few years earlier in the same area.

The group of friends decides that trusting the stranger was not a good idea and begin to become creeped out by him. He suddenly disappears, saying he was going for a walk. Soon, one by one, the rest of the group starts dying one by one and become a victim of a cat and mouse chase throughout the desert at night. The ending is rather predictable but yet surprising in a way.

The film as a whole, was just simply okay for me. With a budget of $100,000 the movie was well-done as far as directing, shooting and special effects go. However, the acting left something to be desired. Some of the actor’s and actress’ acting were either over-the-top or just presented themselves with too much cheese. The storyline was also a bit weak, and could have used a bit tweaking to make it more scary and intriguing.

The film still managed to hold my attention and was also entertaining so I definitely will give it credit for that. I just found it to be kind of lacking in a few spots with a few obvious cliches which is why I rated the film what it is. If you love slashers with a campy feel to them than you’ll definitely like After Dark.