Almost Mercy: A nice town with ugliness just beneath the surface 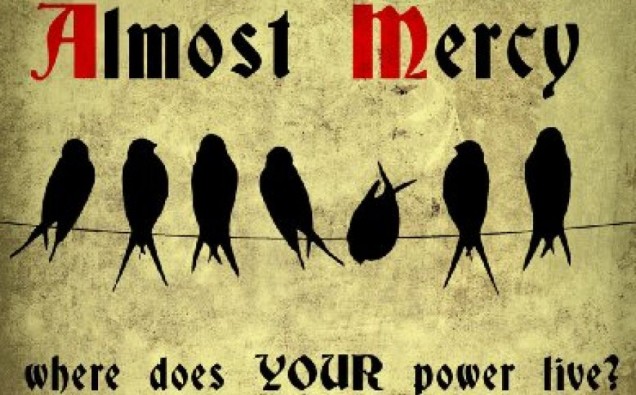 Almost Mercy is a new film from Tommy DeNucci. It is about two friends who, much like the town they live in, seem normal enough on the outside but harbor an ugly underside. In what appears to be typical Smalltown, America, how long until it all comes apart at the seams and the streets run red?

The film actually, in many aspects, is reminiscent of Donnie Darko. It just feels like a normal town full of normal people. But all of these “normal” people wear masks that slip ever so slightly and suddenly the “normal” town looks more and more surreal and perverted. There is a rising tension, a feeling that things are not right. And these two teens, Emily and Jackson, are caught in it, molded by it. They merge with this chaos and eventually exceed it and become monsters. And the question is: did their environment really make them this way or was this potential inside them all along?

The acting is really top notch. I loved the dynamic of Danielle Guldin and Jesse Dufault as Emily and Jackson. They both really conveyed that gradual move towards becoming sociopaths. I especially like expressions on Jackson’s face. He has something in his eyes that just looks so haunted it’s chilling. Also of note, Kane Hodder plays the role of a gym coach in what is probably his most voiced part yet. I know that ever since he played Victor Crowley’s father in Hatchet he has been trying to get out from behind masks and into more speaking roles, to really demonstrate an acting ability. This film really gave him his chance and it pays off! I am curious what his method is.

This movie is really top notch and is by far DeNucci’s best to date. It’s his first real slow burn, deep film. It explores many different themes, such as the effects of bullying and nature vs nurture. I think with the right press bringing it to people’s attention (hi, everyone!) it is going to be hugely popular!