I screened American Conjuring , last night. Its set in the same vain as of Amityville Horror, The Shining and The Conjuring so... 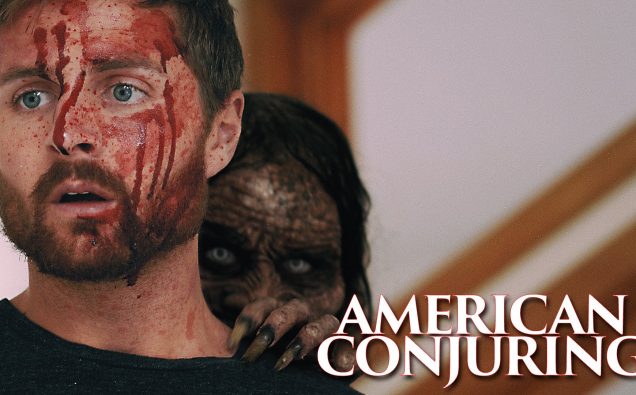 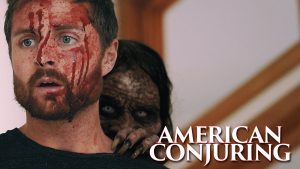 I screened American Conjuring [directed by Dan Walton and Dan Zachary], last night. Its set in the same vain as of Amityville Horror, The Shining and The Conjuring so I of course was pretty entertained. Im going to catch you up without revealing the ending, so if you don’t want to spoil it for yourself, skip ahead for my interview with the directors I held after I watched it.

Opening to the bullying of a child, Sarah, leading her to be bullied into the basement of her own home by dare from her friends on her birthday. Sarah gets attacked by what’s soon to be revealed to be the past owner of the home, Mrs. Corbett. Sarah’s so-called friends devise a plan to lie about her disappearance. When Sarah returns she takes hold of a butcher’s knife which was to be used to cut her birthday cake and kills her friends.

The home is then vacant and left for purchase by some unsuspecting saps. The saps move into the murder having home and have nothing but torture. The family’sexperiences being haunting by what’s soon revealed to them as Mrs. Corbett are left unnoticed nor care about by the head of the house, Ben.

Alyssa [Ben & Carol’s daughter], is revealed to hold psychic abilities after her being attacked by Mrs. Corbett. As Alyssa draws the future, Ben goes even deeper into madness, bringing every prediction a reality.  As Ben made his first kill, the rest of the family runs for it. I’m not going to reveal the ending, but I will reveal one thing. The tables become turned, as too who is victim and who is killer.

If you’re looking for a film with a twist and a lot of gore this is your must-watch. Directed by Dan Walton (Gutterball), and actor-turned-director Dan Zachary and distributed by Raven Banner Entertainment this haunting flick will hit Walmart shelves across the nation June 21st, for Canadians and September 6th, for Americans.

The Blood-Shed: The Dans, so tell me guys what made you two decide to get behind American Conjuring?

Dan Walton: The Dan’s! We like to call ourselves ‘The Double D’s! Ha ha

Dan Zachary: Dan Walton started this project many years ago. It was originally called BIND and he brought me on board when it was in production. We had worked together previously on a short film called ‘The Prophet’ for the Vancouver Film School. We have a great working relationship. I am very comfortable behind the camera, with lenses and shots etc as I also work as a cinematographer. Dan and I are good at bouncing ideas off of one another as we both have a very similar sensibility when it comes to this type of material. We both have this encyclopedic knowledge of horror films that we can draw inspiration from.

TBS: Was the homages to Amityville Horror and The Shining intentional?

DW: Actually Dan and I are huge fans of the older classics and we thought we should pick a few things out and use it as we felt fit in the film.

DZ: Exactly. In a lot of ways it was very intentional. They are films that we love and we were influenced by at an early age. We were also heavily influenced by the works of John Carpenter and George A Romero. In the film, When Ben goes on his journey… I don’t want to give away too much, but most of what he experiences is a result of popular culture that he has been influenced by in his life. That is why things seem familiar because he is making these things up from stuff he has seen. We had the pleasure of meeting with George Romero recently and we told him about a special easter egg that’s in the film. We named the county that the old house is situated near as ‘Romero County’ in his honor! When we told him about it and George laughed saying, “Romero County? I like that!”

TBS: So what’s the story behind the original name BIND? Why was it changed?

DW: I titled the film “Bind” because I thought of all the years it took me to shoot this film I was always stuck in a Bind. In the movie the father can’t catch a break every second it feels likes he’s always stuck in a Bind. We changed the name in North America of results from the buyers in general. In their opinion Bind wouldn’t stick with audiences so they came up with ‘American Conjuring’. So we both decided maybe just maybe it would work.

DZ: In the UK they kept the title and it will be released as BIND over the pond!

TBS: Why is the same film being released 2 months apart with the same name?

TBS: What technique did you two have when you were casting? I know some directors have a certain technique.

DZ: I joined the project later on after the casting was already in place. That would be a question for Dan Walton!

DW: Yeah Dan Zachary wasn’t there while I was casting the film. We saw a lot of actors and actresses over a period of 1 week with well over 35 people reading and it was a tough call but there isn’t much of a technique I just had a gut feeling who I wanted.

TBS: How will people be able to pick this up on DVD?

TBS: What’s next for you two?

DZ: We are working on a story idea from Dan Walton called In From Outside. It’s a scary little movie that is about a group of people that end up stranded at a 50’s roadside diner and a bunch of terrifying things start to happen to them! That will be our next project. 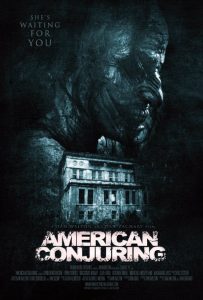 Canada residents can PRE-ORDER the film now on Amazon.ca and Walmart.ca