Malatesta's Carnival of Blood, The Witch Who Came From the Sea, and The Premonition 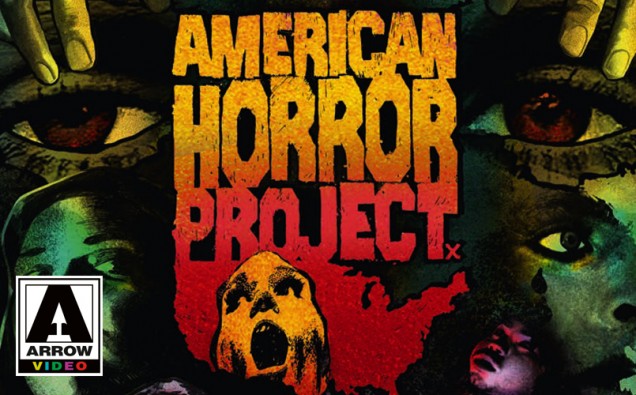 February 23rd marks the release of one of Arrow Video’s most ambitious box sets, American Horror Project Vol. 1, a set of 3 overlooked horror films from the American 1970’s. The films were all transferred in 2K, resulting in the clearest picture these films probably ever had. The best part, however, is that Arrow Video left in all the film grain and scratches and hairs; all the artifacts that give the viewer that nostalgic sense of what films used to look like before the digital age. Each film also has its own personal set of special features on its disc, and they are much more than a commentary track and trailer.

Whether you like just 1 or all 3 of these films, or after checking out the individual trailers, become curious, I highly suggest picking up American Horror Project Vol. 1 today.

Malatesta’s Carnival of Blood (Christopher Speeth, 1973) is about the Norris family who have just signed on to the carnival to run a gaming booth, however, they soon find that there is more to this carnival than just cotton candy, rickety roller coasters and games of skill. Underneath it all is a subterranean world inhabited by cannibalistic ghouls led by their “father,” Malatesta and his agent, Mr. Blood.

In my opinion, this is the best film of the set because it’s very trippy and chaotic with odd dutch angles, harsh lighting, backwards music and garrish blood. The interviews presented on this disc really shed some light on the background and environment of this obscure oddity of a film, especially with Art Directors Richard Stange and Alan Johnson, as they talk about the subterranean realm and how it was created.

The Witch Who Came From the Sea (Matt Cimber, 1976), stars Millie Perkins (The Diary of Anne Frank) as a young woman who likes to spend time with her nephews and work as a waitress at the bar. Only her happy exterior is just a facade hiding her traumatic and abusive childhood. The more she tries to deny and spin her childhood into a happy time, the more her reality distorts and her dark fantasies spill out.

Though not overly violent, the true horror is in the subject matter of incenst and sexual abuse. The way those particular scenes were shot will leave the viewer feeling grimey. Director of Photography, Dean Cundey (Halloween), shot this film in a very wide scope, which really added production value to a low budget film.

The Premonition (Robert Allen Schnitzer, 1976), is about a woman named Andrea (Ellen Barber), who was just

recently released from the mental institution and is searching for her daughter, who was taken from her 5 and half years ago. With the help of her friend from the institution, Jude (Richard Lynch), they terrorize her daughter’s adoptive family and kidnap her. But when things go awry, parapsychological visions begin to aid the adoptive mother, Sherri (Sharon Farrell) to her daughter’s whereabouts.

This film was made during the height of the parapsychological phase in the 1970’s, and also deals with a different type of horror: the loss of a loved one, particularly a child. The Premonition features a very powerful performance by the venerable Richard Lynch.