Another season of American Horror Story has ended.  It had its moments, good and bad.  My good friend, Joshua Millian and I, will give a thorough look at this season.  We’ll discuss what aspects of the show we liked, the characters, setting and memorable moments.

The Premise:
DP:
I was intrigued by the setting the writers chose for this season.  Carnivals are a place of wonder.  We go to them expecting magic and excitement.  This season focused on freak shows.  I don’t know much about freak shows other than what I’ve seen on TV and movies.  It was interesting to see a glimpse of the performer’s lives and feelings.

JM:
As a whole, I think it was a complex and somewhat flawed season; in the AHS pantheon, I think Freak Show is superior to Murder House and Coven, but nowhere near as cohesive and compelling as Asylum.  The theme of outcasts finding strength in numbers is a great hook, something that many horror fans can relate to.  The aesthetic was outstanding: The sets, the costumes, and the presentation were all exceptional. 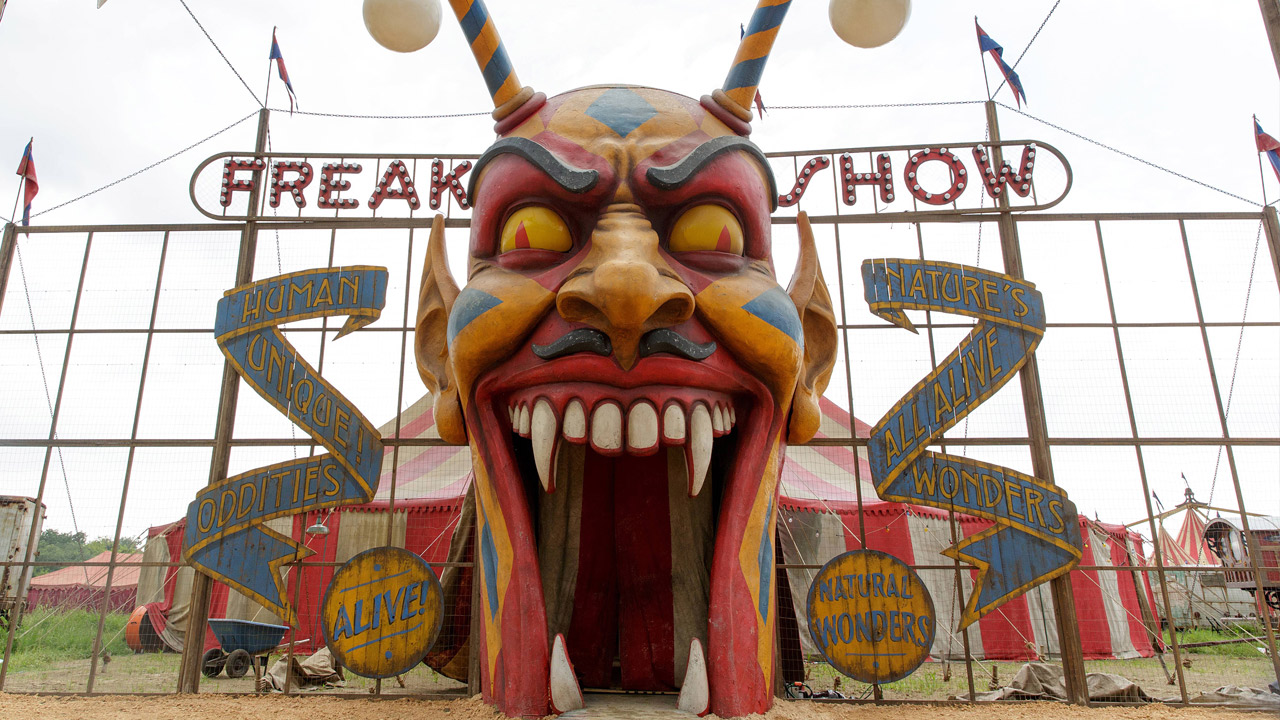 The Characters:
DP:
The season delivered us a message that sometimes the ‘freaks’ are more compassionate and kind than ‘normal people.’  Jimmy Darling (once again Evan Peters gives a great performance) is the leader of a troupe of freaks.  We get a chance to meet the performers of Elsa Mars’s Cabinet of Curiosities. 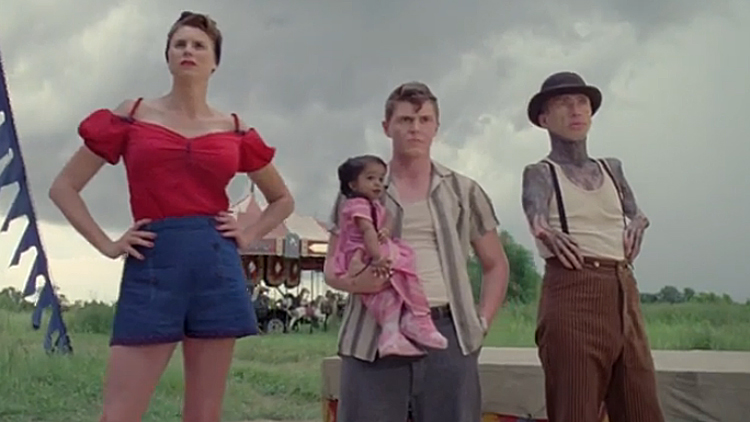 JM:
The characters Twisty the Clown, Siamese twins Dot/Bette, and Dandy the Dastardly were the stars of the season in my opinion.  First, Twisty: One of the scariest clowns ever brought to life in horror.  The makeup makes him iconic as a performer, while the artificial toothy grin makes him iconic among masked villains as well.  As for Dot & Bette, they were the emotional anchor of the series.  The evolution of their relationship from almost murderously adversarial to loving and committed sisters was brilliantly portrayed.  The scene where Jimmy rejects her advances was unusually devastating and really tugged at my heart-strings.  And finally, Dandy: The villain we love to hate.  Some of the most chilling scenes of the entire series were the adventures of Dandy and Twisty in tandem; I imagined an almost mentor/protégé vibe emerging.  The fact that he’s so detestable makes his ultimate fate so incredibly fitting. 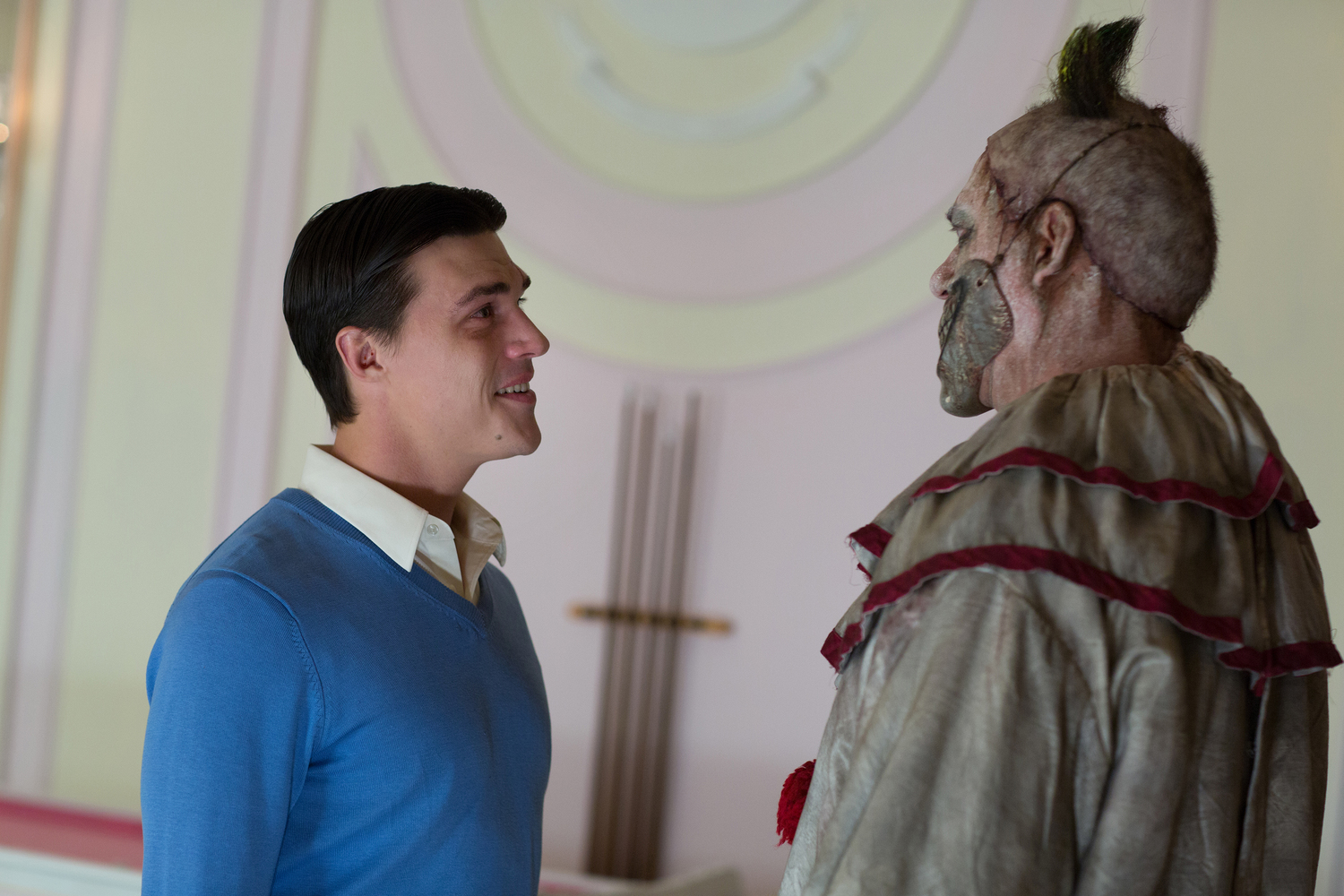 Memorable Moments:
DP:
This season had a few moments that stood out.  The first was the introduction to Mr. Twisty.  It was so far out there and sudden.  We’re used to the innocent, young couple being attacked.  But this is the first time it’s been at the hands of a creepy clown.  Another moment is when Elsa performed ‘Innocence Lost’ as Edward Morodrake appeared.  It was a tense scene in that we had no idea what was going to happen.  Jessica Lange has a great singing voice.  The suspense kept building as we stood waiting to see how Morodrake would end the song.

JM:
One subtle aspect of the series that really made an impression on me was the use of songs from the 1980’s and 1990’s: Elsa’s renditions of David Bowie throughout, Dot’s scintillating cover of Criminal, and Jimmy’s gloomy stomp-romp through Come as You Are was mosh-worthy.  This is coming from a guy who isn’t a big fan of musicals, but in these cases, it felt realistic: A natural expression of the longings and angsty desires of those emoting.  The use of more modern music in a story set in the past gave it a transcendence, a way to connect younger horror aficionados while creating a neo-historic universe just slightly askew from reality.  I wish they had done a lot more of this, to tell you the truth.  In the beginning, it appeared that they would be performing one cover per episode, but this refrain was brief.  Don’t get me wrong, I love Life on Mars.  I liked it every time Elsa sang it (at least 5 times) but I would have liked variety.  Heroes in the Season Finale was very much appreciated. 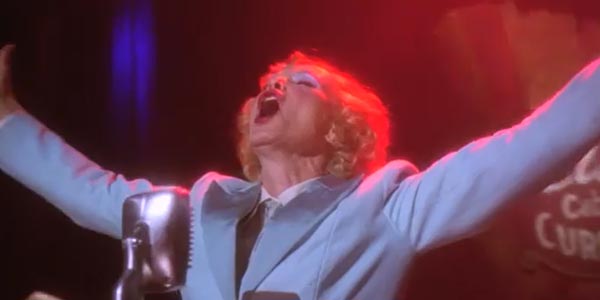