Does this Stoner Comedy Reach a New High? 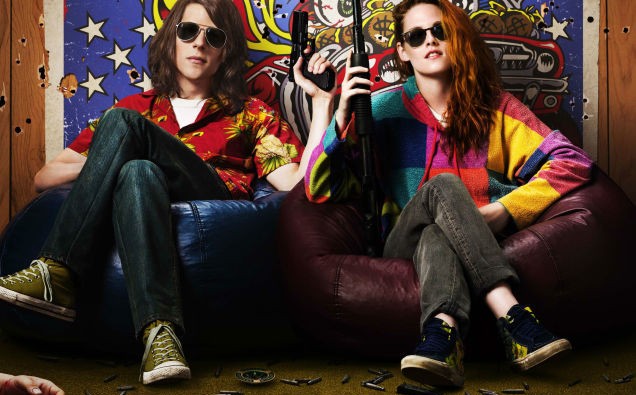 I really, really wanted to like American Ultra more than I did. It’s an awesome idea, the leads have great chemistry, there’s some sick action; there’s a whole lot to love here. Does anything about stoner comedy where the pot heads are all Jason Bourne not sound amazing? But alas, while it didn’t make me want to stick spoons in my eyes, Ultra fails to be anything above serviceable.

Mike lives a pretty idealistic life for an uneducated nobody in Liman, West Virginia (thumbs up for a portrayal of my state where residents aren’t all barefoot with a banjo). He has a hot girlfriend, a steady job, and access to more narcotics than Walter White. Not a bad way to live, all things considered. But shit gets real quick after a strange woman whispers what seems like a stream of gibberish in his ear. Suddenly Mike’s a badass, with the power to smoke a motherfu*ker with a spoon. And these powers become useful real quick after some shady government agents kidnap his girlfriend and send a squad of insane, biologically engineered mercenaries on his ass, led by real life nut Walton Goggins. 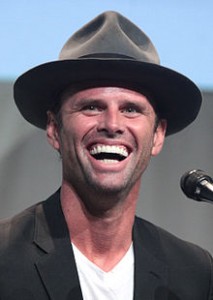 (If that’s not the face of a crazed maniac, I don’t know what is)

In a film with as crazy a premise as this, you’d think it’d be balls to the wall action that making up the length of the movie. In truth though, the best parts of American Ultra are the smaller bits, largely due to the flat out phenomenal chemistry between Jessie Eisenberg and Kristen Stewart. The two previously played lovers in the underrated Adventureland, and the connection that drove that movie is still present here. Mike is kind of an idiot ( albeit the lovable kind), but his affections for Phoebe is so obviously and deeply sincere that its hard not to be touched. Likewise Stewart, who still gets alot of hate from her famously god-awful role in Twilight, is great as Phoebe. You can see why, despite his faults, what she sees in Mike. Just watch the scene where they discuss a nearby car crash and tell me their love isn’t real.

The action itself though, what should be the meat of the film, makes for a bland steak. As mentioned ealier, there’s a badass scene at the beginning of the film where Mike stabs a dude in the throat with a spoon, and as fu*king sweet as that is, its the only time in the film we get that level of craziness. Sure, there are other fights, but of a much more convential variety. Fisticuffs and knife fights are cool, but thier not “smoked a motherfu*ker with an eating utensil cool.

And as much as I love Stewart and Eisenberg, the rest of the cast (besides Tony Hale in a small but highly amusing role) pulls of a mediocre performance at best. Topher Grace in particular, is just awful. Is there any reason we keep casting this guy as the villain? I’ve got nothing against the dude, and many good afternoons on my couch have been spent binging on That 70’s Show, but he just can’t portray an intimidating bad guy. His supposedly ferocious bark sounds more like a chihuahua than a rottweiler.

And asides from their leader, a cackling maniac named Laugher, who really is terrifying as f*ck, 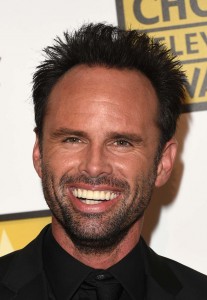 God, does this guy ever scare the piss out of me

the team of supposedly batshit crazy murderers are all wimps. Yeah, we want to see Mike be as hardass killer, but if your going to build up these dudes as a team of unstoppable crazy super soldiers, you best make sure their not total pusses. So basically we have here is what I call the “Superman Problem” (copyright pending). Mike is so powerful that noone has a hope of going up against him. Knowing this, the tension is drastically lowered and the action becomes a bore, the villains a list of lambs going to the slaughter. It’s kind of like watching the 2008 Detroit Lions going up against the Steelers. While a slaughter can be fun at first, eventually it just gets old.

In the end, American Ultra is more like American Uunderwhelming. A great premise and outstanding leads aren’t enough to save it from anything better than passable. If you do go see the film though, stick around for the end credits. Their surreal, trippy, and strangely captivating- all words I wish described the actual film.