An Interview with “The Carnage Collection” Co-Director Bob Ferreria

No Budget FIlmaking at It's Finest 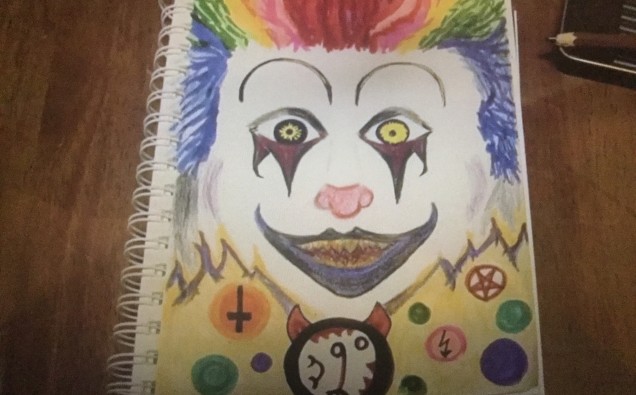 A few months back The Blood Shed wrote up a review of The Carnage Collection, a seriously nasty anthology of some of the most creatively fucked up shorts in recent memory. Well I recently had the chance to sit down with the man behind the movie Bob Ferreria who starred in, wrote, and directed Carnage. Here’s what he had to say about the indie-filmmaking experience; the triumphs, the failures, and all the gory nastiness in between.

The Blood Shed: Well Mr. Ferreira, thanks for joining us today.

Shed: So you are the Co-Founder and one of the head guys at Point and Shoot Films, the company that produced The Carnage Collection?

Bob: That’s correct, yep, my brothers and I, we started Point and Shoot films about 15 years ago. It was called something else back in the day, but that’s correct.

Shed: Can you tell us a little about the history of your company?

Bob: Well all of us grew up really into movies. Our family has worked in movie theaters are whole life, we’ve worked in movie theaters are whole life, so we’ve always really been into movies. And then in 2001 we’d saved up enough money to get a video camera, I don’t even remember where it came from, and we just started shooting some shorts, kind of shitty horror stuff, and over the years we started shooting more and more things.

We’d go out and film concerts, we’d go and just shoot random music videos, we did an obscene amount of mock movie trailers over the years, and it was sometime at the beginning of last year, we all just sat down and figured we should do something serious, that we should actually get going on something basically, and because I live in Maine and the rest of my brothers live in New Hampshire we thought an anthology would be the best idea so we could segment it and kind of piece it all together.

Shed: Having started in 2001, before the digital boom in filmmaking, how would you say easier and more affordable access to video equipment helped Point and Shoot Films grow?

Bob: Well when we started, we started shooting just on VHS. I had shot personally on 8mm just for fun, but on The Carnage Collection, we shot on several things. Some of it was filmed on cell phones, we have an HD mini-cam; it was just filmed on so many different things, so yeah absolutely yeah, if we had to film on film, like legitimentally, I’m not sure we’d ever have been able to make this movie.

Shed: Could you tell me a little bit about The Carnage Collection in particular? Any interesting stories from behind the scenes or on set?

Bob: Yeah, well like I said we decided to do an anothology so we could make different sections in different times. Several stories were made by my brother Derek, while my wife and I worked on some on are end here. Obviously any movie over the course of time changes some, so we had certain stories we were working on, there were other shorts that we had mapped out and started writing that never made it. Basically what stories we did keep were all random, and we did get some negativity over a lack of cohesion, which I didn’t understand because it is an anthology.

The idea about the characters sitting down and like watching tv from hell is kind of a take on one of my favorite films growing up, Stay Tuned with Jonathan Ritter, which was a comedy about a couple who gets sucked into a tv jumping around the channels, and I thought that would make a cool horror theme, so that’s what I used as our wrap around theme, just people watching these violent cable channels from hell. And it really was just a basic theme to tie these segments together, because a lot of these films were shorts, that we just had ideas for with no real way to tie together. And we didn’t want to do an ABC’s of death thing, or anything like that so we just wanted a loose way to tie it all together.

We started filming around the end of March 2015 and we just shot when we could. We all had families, all had full time jobs, so it was just like any other no budget film. We did it when we could, used what we could, and friends family and anybody and everybody to be a part of it really.

Shed: I am going to have to ask how you stirred up your creative juices. Some of the scenes in The Carnage Collection are more than a little bizarre. I mean, you have a guy who fucks a VCR for some “sweet VCR pussy”; how’d you come up with that?

Bob: (Laughs) That was actually my brothers idea, I honestly have no idea where he came up with that. I did actually go down to shoot that for him, because we wanted to use this one camera that I have for the black and white so it would be a lot crisper, so we went down and shot that in about five hours over the course of a day and mostly banged that out.

Really, I think it was just something floating around in his head. We all collect a ton of movies, and he collects cassettes, so he just thought one day, what if somebody fucked a VCR, you know, and it came from there. Obviously it’s super corny, I think out of all the segments in the film that one is the corniest, with the VCR coming to life and with the googly eyes. But that’s just our sense of humor to, we wanted to make something dark, something violent, something filled with Carnage, but were all so into movies, and our sense of humor is so twisted that ideas like that just get pumped out.

Shed: Well that was one story that had me crossing my legs (Bob Laughs). Speaking of leg crossing, the final segment Stuffed went pretty extreme, even for an underground horror film. Were you afraid the sexualized violence would prove too controversial?

Bob: No, I think that we really wanted to close out with something over the top, as dark as we could and that segment, that was actually written by my wife and myself. My wife plays Angela, so we really just wanted to do something that was like that. Originally it wasn’t going to be as graphic as it was dark, but then as the movie was coming together, we figured if we didn’t have some of the over the top scenes, the vagina stabbing, that it almost wouldn’t feel like it belonged in the movie at all.

So we started amping it up. As we were filming and wrapping it up we felt there was more we needed to do. And there was really a lot more to that segment that we wanted to do, and we have gotten a lot of really good feedback about that segment. A lot of people are asking if we could turned Stuffed into a feature, and that’s something were discussing, making a full movie, or even a 40 minute piece or something.

Shed: While I did like pretty much everything in the movie, Stuffed really did stick out to me as the most fleshed out piece.

Bob: Well yeah, we definitely put in the most time on that one for sure; the other segment I really wanted to do more with was the clown segment, The Day The Clown Cried Blood. We had some time constraints, some issues with actors, because you know, we weren’t paying anybody, we were just looking for anybody that was really into it, really wanted to be a part of it. We’d tell people ok great, we’ll get you some IMDB credit, we’ll get you lunch for the day, just about everything a no-budget production could offer to try and get people interested in doing it.

Shed: Having completed The Carnage Collection, what are your feelings looking back on the project now?

Bob: Looking back we didn’t really turn a huge profit, the films done well but for me mainly it’s about leaving a legacy as shitty as it may (laughs). For me it’s awesome looking over at my huge rack of Blu-Rays and DVDs and seeing my movie over there too. It’s a legacy for me, for my kid…even if he’s never allowed to watch it (laughs).

Shed: (Laughs) Yeah, this may not be the best film for family fun night.

Bob: Well actually you know, not our kids for sure, but everyone else in our family has pretty much seen it. My dad is in it; you know he watched it, even though he didn’t know the content or the context of anything that was going on while he was filming his part as the devil, but after watching it he enjoyed it, he got a kick out of it. To me that was really important; if someone who knows all about this movie, knows everyone in this movie, and they still aren’t bored by it than everyone should be able to get something out of it.

Shed: Well thank you for taking the time to talk with us Mr. Ferreira. It’s been a pleasure.

Bob: You to man, take care! 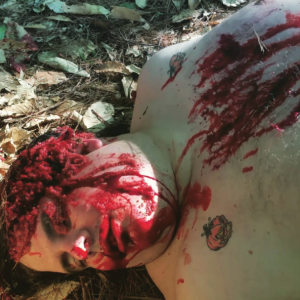 For a dude whose directed a film featuring “Sweet VCR Pussy!” Bob is a thoughtful and intelligent man. The Carnage Collection is something of a ridiculous movie, but it’s not a stupid one; Ferreira and all the other creators knew exactly what they wanted, and on a budget smaller than Michael Bay’s spray tan fund on Transformers, they largely succeeded. One of 2015’s biggest indie success stories, The Carnage Collection is one underground film worth digging up.

Jeff is a writer for The Bloodshed who eats, drinks, and bleeds horror. You can send him hurtful messages at Headoasp@gmail.com