For Christmas I got Anne Rice’s Wolf Gift, bearing in mind that she is my favourite author I fully expected to enjoy it. But I didn’t. I found the... 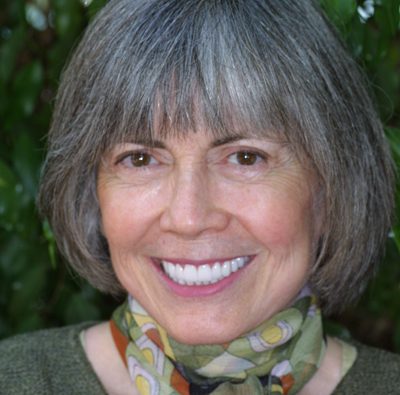 For Christmas I got Anne Rice’s Wolf Gift, bearing in mind that she is my favourite author I fully expected to enjoy it. But I didn’t. I found the plot and ideas very similar to her other work- with beautiful creatures only attacking the evil doer and a few doses of eroticism. In this case changing into a werewolf isn’t painfully but pleasurable. Who knew? So like with Stephen King’s Salem’s Lot (see my post- https://www.facebook.com/davidjenkinswriter/posts/403955913275207?pnref=story), I started to consider that some of the faults I found in this work- sameness, over description and tendency to veer off from the main story in Rice’s case were always there.  So that’s where this article comes in.

Anne Rice is famous for writing several long series my favourite being the Vampire Chronicles but I recall when I was reading later books like Blood and Gold the stories were not only focusing on side characters they didn’t have a massive impact on the rest of the vampires. In fact some of the books were just giving parts of the earlier stories (from the first three books) but from different point of view like Marcus’s or Armand’s.  This repeated story was bad enough but all the main creatures seemed similar becoming disillusioned with the world as they are immortal and well off in the past then they go to sleep for a few hundred years before waking up as an antihero It doesn’t matter whether it was Servant of the Bones or Blood and Gold the character seem quite copy and paste in viewpoint and manners.

Most of Rice’s stories also touch on philosophy some more than others (Memnoch the Devil focusing on it the most) and this occasionally seems preachy particularly as most of the stories are in first person. This peeachiness distracts from the main plot as does Anne Rice’s tendency to describe characters likes and dislikes in great detail like Lestat and cameos in Blackwood Farm.

Anne Rice’s descriptions are vivid and romantic making every room seem beautifully vintage but as some of her characters and plots are repetitively I started to notice more and more how long her description are.  For instance in Taltos there’s over ten lines about climbing up a cave, describing how the cave looks, the weather and how the climber felt not much on the climb itself. This amount of description slows down the plot which is occasionally forgotten for a time when Rice describes her character’s fancies.

However, the emotions in Rice’s books are strong and we really feel for characters in her earlier books like Louis in Interview with the Vampire or Mona in the Mayfair Witches series as the situation they are in and the language used play on the heart strings. But in her later years the characters seem more stock so the emotional connection is shallower as we’ve seen it all before.

To conclude, Anne Rice’s early work was fresh with strong emotions and vivid descriptions however as time went on she is using similar characters and plots. This brings to the forefront some of her other weakness namely over description and veering away from the plot.