Announcing the Golden Rake Awards for 2015! 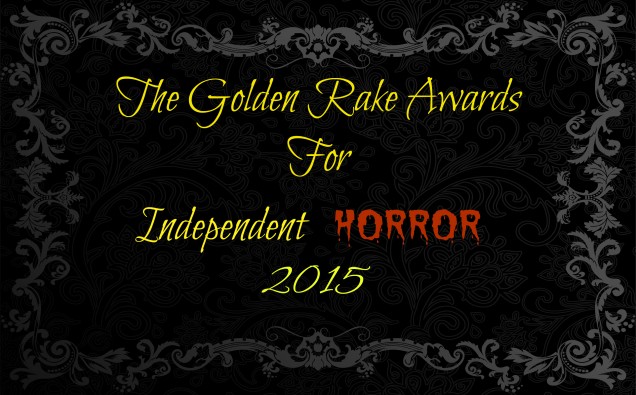 TheBlood-Shed.com’s very own independent horror awards show is back for its second year! Last year, we accepted 30 films for review and grading, scored them, and held a live stream broadcast to honor the winners! Winners were presented with a handmade award statue, their film and name immortalized on our The Golden Rake Wall of Fame, and received a streaming deal with a start-up streaming service that we were partnered with at the time.

Well, this year we’re back and better than ever! We have a couple of changes that I think are going to be very well received. Let’s go over the stipulations for entry.

Have a movie like that? Well, you’re eligible! Here’s what you can win!

The top 3 graded films will all receive these rewards.

Sometime in late February, we will hold the live broadcast show. We will show trailers for the top 10 entered films, interview celebrity guests, interact with a celebrity co host who will stream in for the duration (last year we had the Twisted Twins themselves, the Soska Sisters!), showcase a short film, and announce our winners.

Our venue will be much improved over last year. We will have professional equipment, a skilled camera operator, high speed internet, and a 70″ TV screen for trailers, short film, and our guests and co host.

Want to enter your eligible film? Send us a message using the site Contact Form!