Arm Yourself For Some More ‘Tremors’

Prepare To Run And Laugh!! 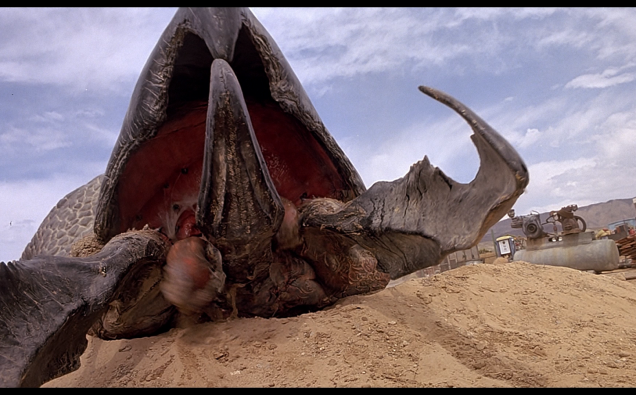 Tremors is a Horror\Comedy series that has built quite a fan base.  The series relies heavily on tongue-in-cheek moments to make fans laugh as they brace for action.  The series thrives on using creepy worms, or ‘Graboids.’  There’s been five entries as well as a TV series.  Now there’s news another installment is on the way.

Actor Michael Gross posted the news on his Facebook page. Jamie Kennedy and director Don Michael Paul will also return. It appears he can’t reveal any other details.  This small bit of news is exciting in itself.  I remember seeing the first Tremors in theaters when I was young.  This is just the kind of news to start off my week.  Readers, comment below with your reaction or favorite Tremors memory.