Straight from the pages of Escape from Jesus Island! 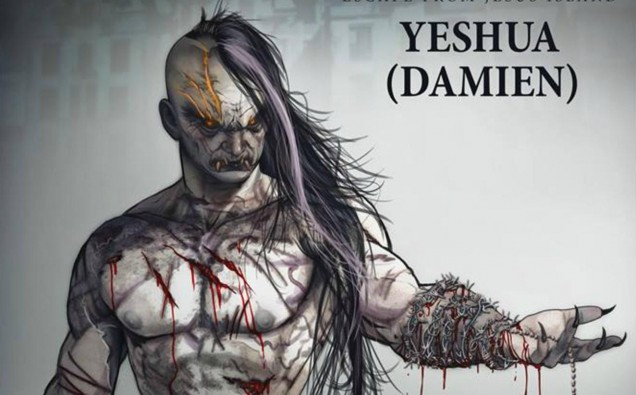 In their quest to clone Christ, the scientists at ReGen Corp inadvertently created Twins, Jesus and his monstrous brother Yeshua, the Antichrist. While both brothers share the memories of Christ’s previous visit to Earth, the Antichrist is a bit less forgiving about the whole crucifixion thing. Yeshua occasionally takes time away from planning the destruction of humanity in the Escape From Jesus Island comic book series to field questions from fans.

Dear Antichrist: I was accidentally included on a group email with people I didn’t know. I believe it was a typo and I responded to let them know I have been included by mistake. Their response was a condescending correction that I did belong on the list and that I may be confused because there were a couple new members on the board since the last time we convened.

So I went with it. They were looking for volunteers to host a museum tour and I signed up whoever they were confusing me with. They offered an assistant for the tour, but I refused. I’m sure whoever they think I am can handle this.

The tour is next weekend and I keep receiving emails with information. I’ve confirmed, but now that it’s getting close, I feel kinda bad about the people who will show up for a tour and have no guide. Does this make me a bad person?

Dear Reluctant: Politeness dictates one should make an attempt to clarify such a misunderstanding. Since you have already done that and they vetoed you, it is Game On. You have a guilt-free pass to sow chaos, but there is a limited window of opportunity. At some point, they will call the person they think you are. The game is to make that phone call as baffling as possible for all parties.

* Volunteer for literally everything. Tell them you left your family to focus on painting lawn gnomes, so you have some time right now.

* If you are within driving distance of this museum, show up and host the tour. Show them your confirmation emails and act like it’s perfectly normal. If you aren’t nearby, put up a notice online and get a random stranger to play tour guide.

* Casually mention in the group email that another board members once laced your tea with LSD and sold you to gypsies. Try to make them guess who.

* Lead a coup against the chairman. Write privately to each board member explaining why it’s time for a change. Accidentally include the chairman on every email.

* Offer to host “Paintball Fight Night” at the museum.

* Buy yourself a little extra time by telling them you hate your ringtone and that you will fistfight the next person who calls you.

Your options are limitless. Have fun and please report back. I could use someone like you on my team.

Dear Antichrist: Why do so many Christians behave in such un-Christlike ways?

Dear J: Because humans are dreadful creatures. If you beasts were just horrible and honest about it, I could respect that. Hornets are dicks, but they know they’re dicks. You humans have somehow convinced yourselves that you are inherently noble and good, despite 200,000 years of evidence to the contrary.

You rail against taking in refugees while setting up your nativity scene. You presume to speak of my teachings while sitting in ornate chapels dripping with obscene wealth, while your fellow humans sleep on the street not two blocks away. Humanity is a sanctimonious jumble of hypocrisy.

You distort Biblical stories to convince yourself you have divine providence to judge and hate your fellow man. You don’t. You’re just a dick. A hornet with delusions of grandeur.

Dear Antichrist: My boyfriend is a vegan but I like the occasional leg of lamb. I’m tired of sneaking out to restaurants and telling lies about where I’ve been. Can this relationship be saved?

Dear Sheepless: There is no shame in eating a weaker creature. Cats eat mice. Birds eat worms. I eat humans. It is the way of nature.

There is, however, tremendous shame in generational enslavement of a weaker species. If you personally hacked apart a creature you found in the wild, feel free to feast. Tell your boyfriend that humans are omnivores and to get over himself.

If, however, you are discussing the meat of a creature who was raised in bondage, as were its parents and its parents’ parents, so far back that this being has no blood memory of freedom, then yes… patchouli boy is correct. You are a terrible human and I will dance in your blood when my reign of terror begins. Also his, because vegans are most annoying when they are right.

Dear Antichrist: Is it true you ride a four-headed beast and if so, how hard is it to give it directions?

Dear SINdy: We opted for the deluxe, seven-headed version, but early attempts to ride Pariah have ranged from fatal to worse. 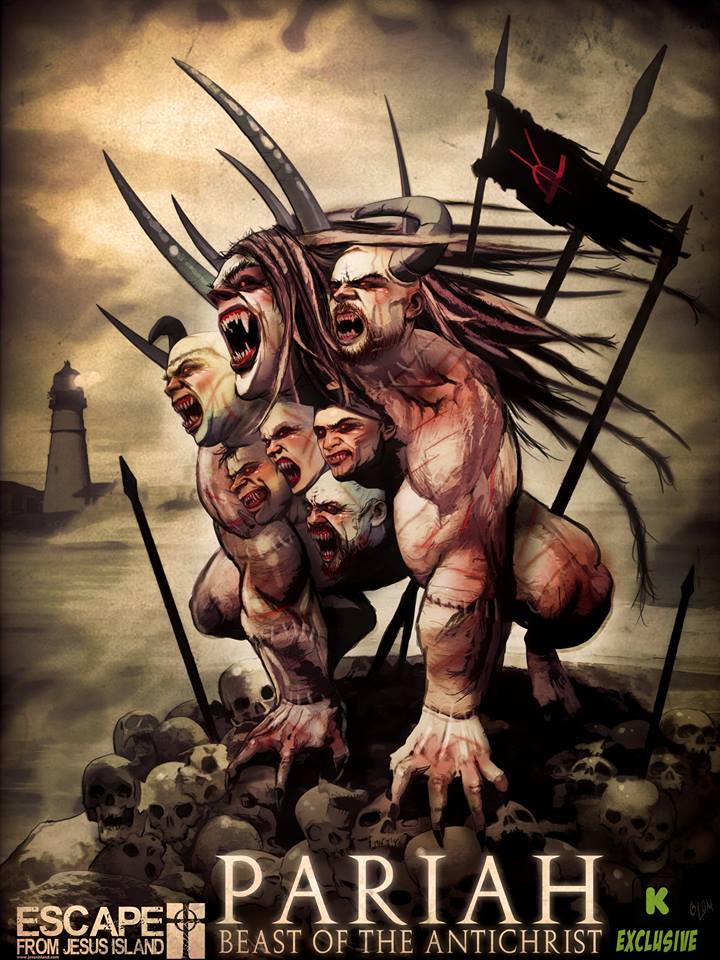 That’s all for this installment. Keep those questions coming and remember, you’ll all be dead soon, so none of this really matters.

Have a question for the Antichrist? Send it to JesusIslandComics@gmail.com or Tweet to @EFJIAntichrist.