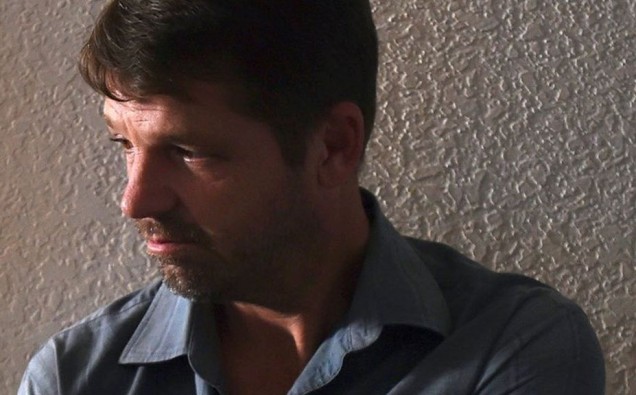 Did you hear about the wanted bank-robber who was arrested after appearing in a horror movie? It sounds like a joke, but you just can’t make this shit up! 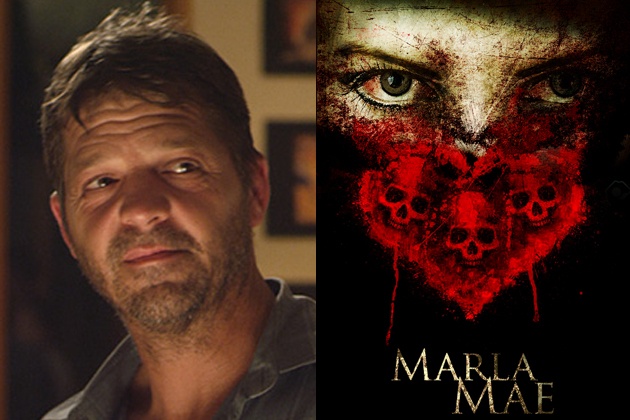 44-year-old Stange might have disappeared into the freedom of obscurity, but clearly this guy doesn’t know the meaning of “laying low”. Either that or he caught the acting bug something serious! When he read about auditions for a low-budget horror movie called Marla Mae being filmed locally, the allure was too much for him to resist.

Authorities, who had been searching for Stange since his disappearance, were stunned to see his picture (which included an identifying tattoo on his forearm) in the Olympian newsletter in a story about Marla Mae. He was tracked to the film’s set on their last day of shooting and arrested when he left to buy a pack of cigarettes. According to The Hollywood Reporter, Stange was allowed to return his costume to the producers before being hauled off to jail. 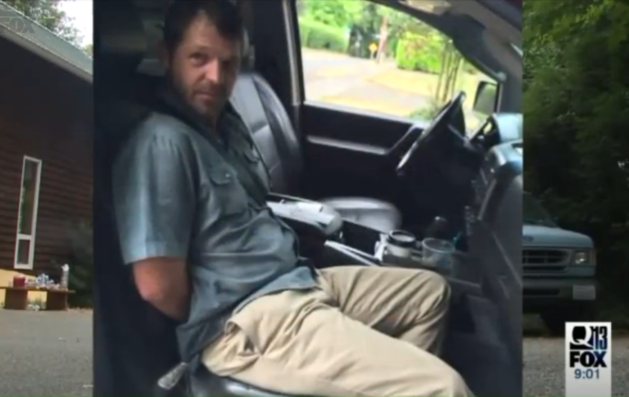 Stange’s background and subsequent arrest came as a complete shock to the cast and crew of Marla Mae. Producer Brandon Roberts told the Tacoma Times Tribune that the fugitive was “a great guy” who “really nailed his audition”. Stange was cast in the crucial role of Dr. Lourdes, a deranged abortionist who terrorizes the film’s lead protagonist.

First-time writer/director (and star) Lisa van Dam-Bates said she doesn’t plan to cut or replace Stange’s performance in Marla Mae, which means he might become somewhat of a celebrity during his next stint in jail. He’s sure to be a shoe-in to emcee the next Prison Talent Show. 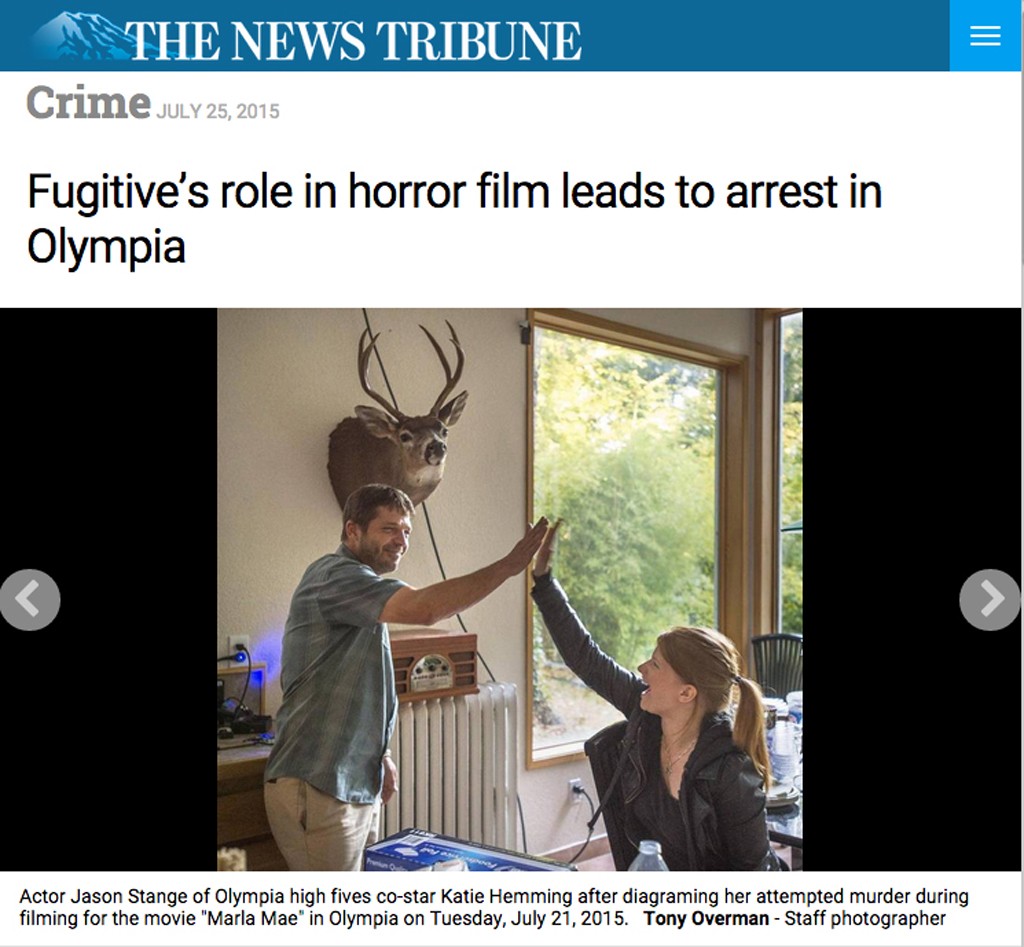 Mainstream movie stars including George Clooney, Matthew McConaughey, and Renee Zellweger got their starts in low-budget horror movies, proving this route can lead to success for aspiring actors looking to get their feet in the door of the Entertainment Industry. Just make sure this kind of exposure is something you really want! Fugitives from justice should probably only accept roles that require masks and/or a ton of makeup—and be sure to use an alias!

Marla Mae is currently in post-production with hopes for a limited theatrical release in 2016.

Official Synopsis: When a girl goes to get an IUD implanted by a distant relative, he commits a deranged act which has deadly implications for those close to her.

Do you think Jason Stange is an idiot? Could this entire situation be a publicity stunt? Sound off in the Comments section! 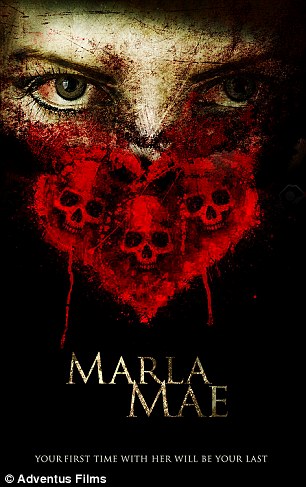