Audience Members Disturbed by Be My Cat: A Film For Anne 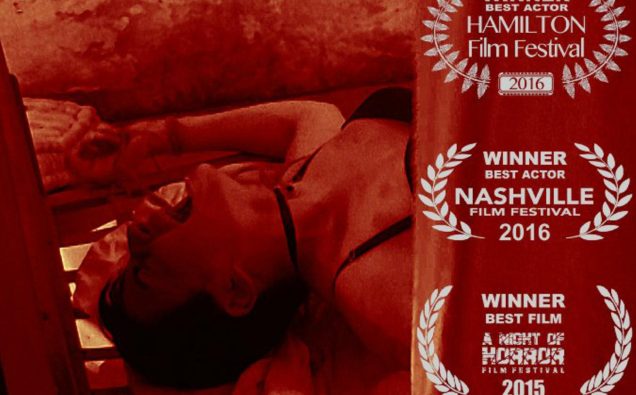 Be My Cat: A Film For Anne, for those who have missed it, is a found footage film that has been setting the news wires on fire with reports of its intensity. The film is about a young Romanian man, Adrian, who, after seeing Dark Knight Rises, tries to persuade Anne Hathaway to come be in his film. To accomplish this, Adrian tricks 3 local actresses into being in his video, hoping to prove his directing ability. Little do the women know the lengths that Adrian will go to for his art.

has been making the festival circuit for a while now and we are starting to get reports of just how disturbed some of the audiences are. Most recently, the film screened at Other Worlds Austin and film maker Benjamin Capps was present. Said Capps:

“Of all of the films I saw screened, [Be My Cat] garnered the most varied and extreme reaction. There were two older women seated in the row in front of me and one got up and left during the torture scene. Clearly too much for her! When the film ended, several fans in the back row clapped/cheered vigorously while the rest of the audience seemed stunned and processed out of the theater in stunned silence. Truly a cruel film in the most Artaud-ian sense.”

This is not the first time there have been reports of people simply unable to handle the tension of the film. Last year, similar occurrences were reported at a festival in Romanian. Several other people who have screened the film have reported actually losing sleep the following night due to how upset the movie made them.

It’s not hard to see why, I suppose. Recently, distributor Artsploitation described Adrian’s performance as the most believable portrayal of a psychopath since Norman Bates, a performance which has won the actor/director/write two separate Best Actor awards. Jerome Reuter of That’s Not Current has described the character:

“He walks a thin line between ambitious auteur and complete sociopath.”

The film is now released and is available on for VOD on Vimeo.com and IBleedIndie.com, with DVD’s available for pre-order at the official website.