‘Backcountry’ Will Make You Never Want to go Camping Again

A somewhat-spoiler free review of Backcountry (2014) 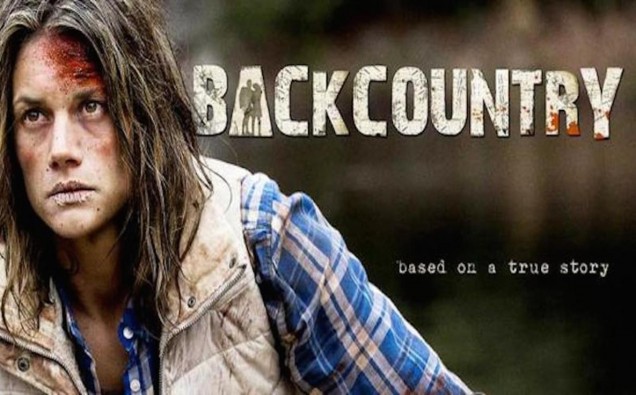 I’ve been looking forward to Backcountry since I first wrote an article about the trailer back in November. I don’t generally remember ever seeing another horror film about a bear, at least not in recent years. After doing some binge watching of Nat Geo shows and the like, where I saw some crazy bear attacks real people have gone through, bears have become quite a big camping fear of mine. Just the simple fact that they stalk you and very rarely give up easily disturbs me. 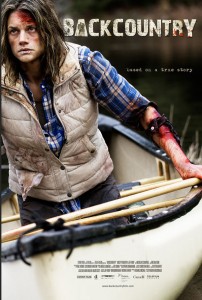 Anyways, lets get back to the film. Backcountry has a rather simple plot, reminded me a lot of Willow Creek– a couple goes on a romantic camping trip only to become lost and stalked by a horrific beast, only this time it’s a bear instead of Sasquash.

Backcountry has a very slow first half. It’s a lot to sit through because to be honest, not a lot really happens. To me, the tension was not properly built up in the first half and I think for the film to be more effective, it really needed the tension that it was lacking. Instead, all we received was a weird stranger that had dinner with the couple one night. Other than the stranger danger, the first half consisted of just the couple exploring the woods, setting up camp and other dull little events. 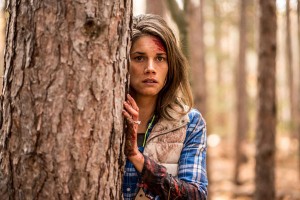 The second half picks up the pace a bit more. The couple becomes lost and worried, and begins to realize they are not alone in the wilderness. There is a rather disturbing, gory-as-hell bear attack scene that will really make your skin crawl. After the attack, the movie is much more intense but perhaps not as intense as it I would have liked it to be. There was a lot that could have been done with this story but simply wasn’t. 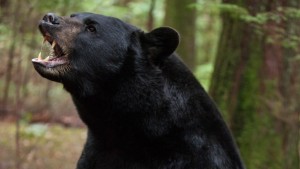 The ending was typical and to be expected but not bad by any means. The film will definitely make me think twice about camping and going off of any trails. Backcountry claims to be based off of true events, but it really never surfaced anywhere in the film what true events they are spoken of. I suppose, the film makers could have just based the film off of the large cluster of bear attacks out there and combined them into one.

Overall, I still enjoyed the film even if it was rather lackluster since the second half was much more intense and thrilling than the mundane first half. It still didn’t necessarily scare me although it did disturb me quite a bit. I think if you enjoyed Willow Creek (which I did not), than you’ll enjoy this one. It’s not that I don’t like slow burners, believe me I love them, but I think horror films need to take advantage of the slow moments to build the tension, create suspense and give the film more depth. In my opinion, Willow Creek and Backcountry did not succeed this.

That being said, I think the film was beautifully shot, with some creative camera tricks thrown in there to give the movie some extra flare. The acting was also alright, but the characters weren’t exactly likable or relatable. I’d give the film a 2/5, possibly a 2.5/5 since the movie did pick up pace nicely toward the end.