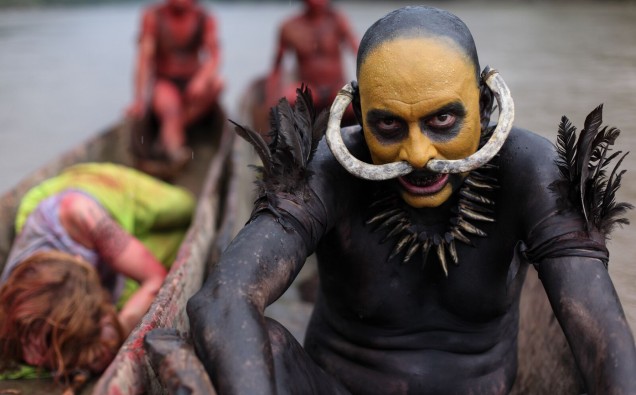 One mark of a very good film is that you continue contemplating it for days after viewing it. I saw The Green Inferno (along with legions of horror fans) on opening night, September 25th—and I’ve been thinking about it ever since.   No, I’m not still shaken by the extreme gore (which was A+), rather, I’m continually intrigued by emerging layers of subtext that bubble slowly to the surface. A week later, lightbulbs are still popping as my brain makes new connections between themes and intentions.

But what makes The Green Inferno special for me is that it has actually stimulated my imagination, especially in regards to the isolated, cannibalistic tribe that features prominently. Nothing is every overtly explained about them; there’s no encyclopedic Indiana Jones type character filling in the blanks with factoids. Instead, everything is presented without footnotes, a tactic that definitely stimulates the gray matter. 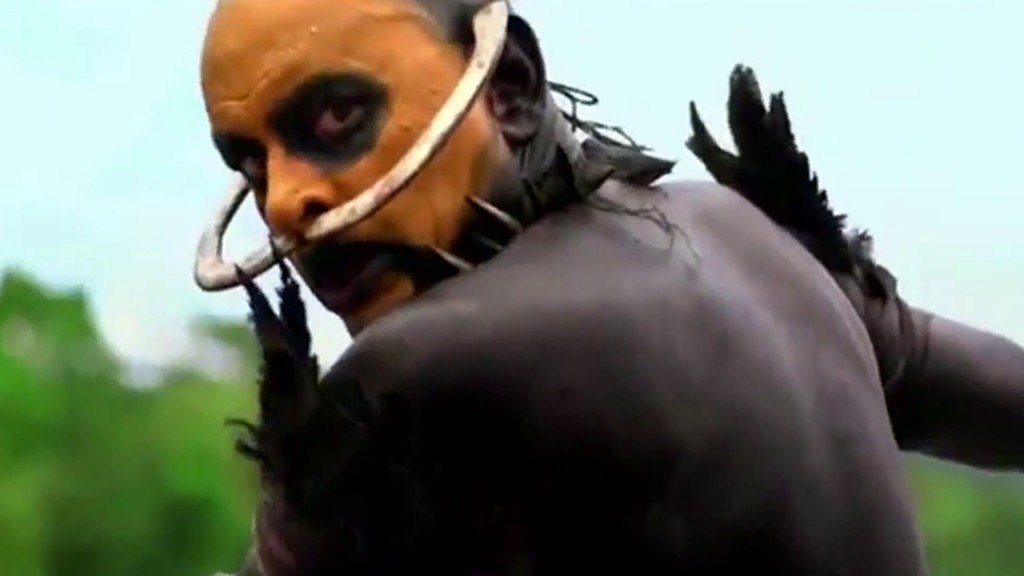 While I absolutely regard The Green Inferno’s portrayal of indigenous Peruvians as completely fictional, I’ve nonetheless pondered aspects of this mysterious, uncontacted tribe as present by writer/director Eli Roth. When they’re not practicing FGM or eating their perceived enemies, what cultural intricacies dictate this matriarchal society’s everyday existence?

But nothing captured my attention or stimulated my imagination quite like the singular, hulking, Bald Headhunter—that yellow-faced behemoth with sharp teeth, body adorned in feathers and bone. Unlike the unique, milky-eyed female Elder (played by Antonieta Pari) who could, conceivably, have been born and reared within the tribe, physical attributes make it clear the Bald Headhunter comes from someplace else. So what’s his story?

Who is this obvious outsider who stands a head above his tribemates, and how did he attain such an obviously elevated status (Chief Dismemberer) in what we must assume is a severely insular society? There are no answers, only conjecture; his lack of hair and dark body paint make his nationality nearly impossible to decipher. And so I wonder…

Was he an escaped prisoner, or liberated from some drug lord’s servitude perhaps, taken in by the isolated tribe after a series of deadly initiation rituals? Had he been abandoned in the jungle by rural peasant like Mowgli, happened upon and saved by the elusive tribe? Had he ended up in their charge in his youth following a shipwreck or a plane crash—and, if so, was there anyone out there still looking for him? Hey Eli, how about a prequel?

Of course, all of this leads me down another unknown yet intriguing line of Green Inferno conjecture: What exactly did the tribe have planned for poor Justine? I mean, after… you know. Were they grooming her for an important position within their society, or merely dressing her up pre-consumption? Sequel please!

It’s rare for fictional characters to inspire such speculation. And it’s a testament to Roth’s nuanced portrayal of his Amazonian cannibals: That a seemingly 2-dimentional character like the Bald Headhunter is actually a tome untold. There will always be detractors who will dismiss The Green Inferno as both racist and unnecessarily violent, but it’s a feast for imaginative horror aficionados, those inquisitive minds whose very curiosity gives a story a life of its own.

Unlike the indigenous tribe members who were all (obviously) first-time thespians, the Bald Headhunter was played by 47 year-old Chilean actor Ramón Llao: A mainstay of South American cinema and television for over a decade. Llao played Ramón in the Eli Roth produced disaster horror Aftershock (2012) along with future Green Inferno alum (and Roth’s wife) Lorenza Izzo. Without the head-to-toe war paint and humongous nasal adornment, Llao is completely unrecognizable as the Bald Headhunter. See for yourself: 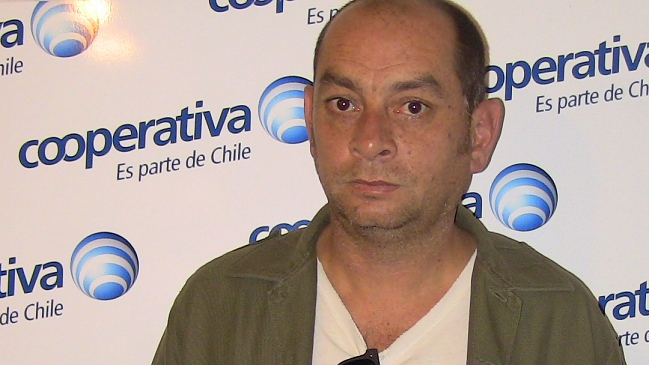 Ramón Llao plays the Bald Headhunter in The Green Inferno

The Green Inferno is still going strong in theaters nationwide, which is a good thing as I’m just about ready for my second serving!

What did you think about The Green Inferno? Were you impressed by Llao’s portrayal of the Bald Headhunter? Sound off in the Comments section! 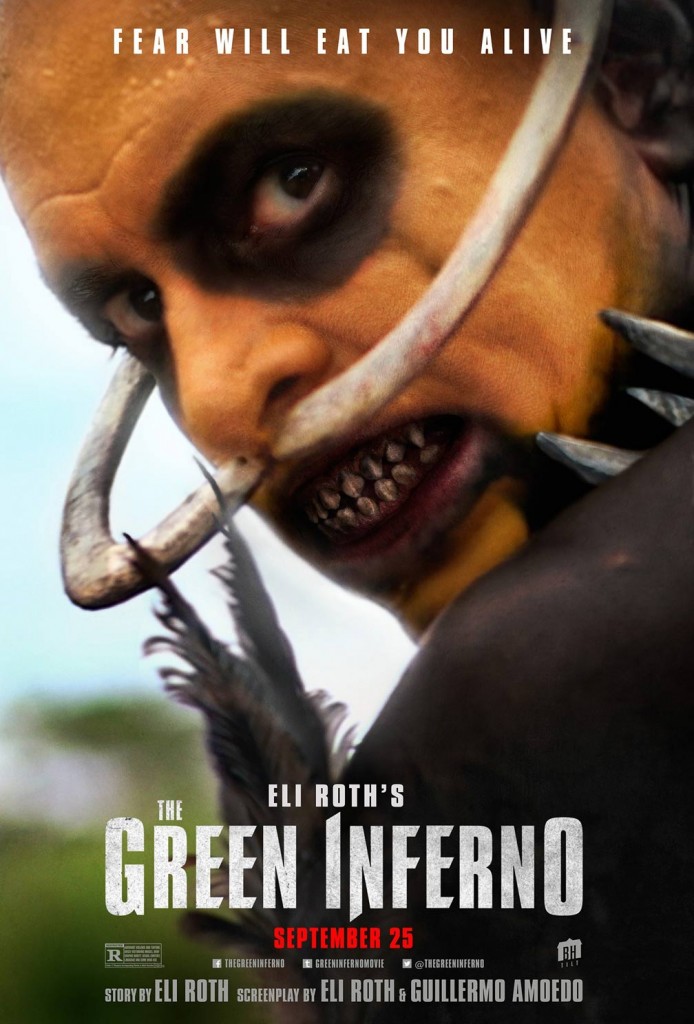