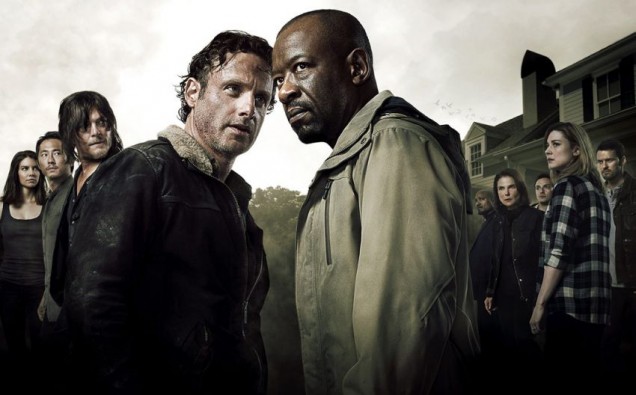 The Walking Dead is one TV show that is highly anticipated by its fans.  Last season left the viewers with shock, gore, tears and excitement.  A trailer for the upcoming sixth season promises more of what its fans are hoping for.  AMC has recently released a trailer during ComicCon.  If you weren’t able to attend, don’t worry.  The trailer for your viewing pleasure.

I’ll try not to give away any spoilers.  If you haven’t seen season 5, I’d wait.  All I will say is that there is more carnage coming.  The citizens of New Alexandria must fight for their survival.  Rick seems to want to wrestle control of the settlement.  It also seems Morgan is willing to fight Rick to prevent that from happening.  The dead are trying to kill the living.  The living are trying to survive by not turning on each other.  Fans and readers, sound off in the comments on what you’re hoping for on the new season.  You can view the trailer below.