Because you need some good background music for a slaughter. 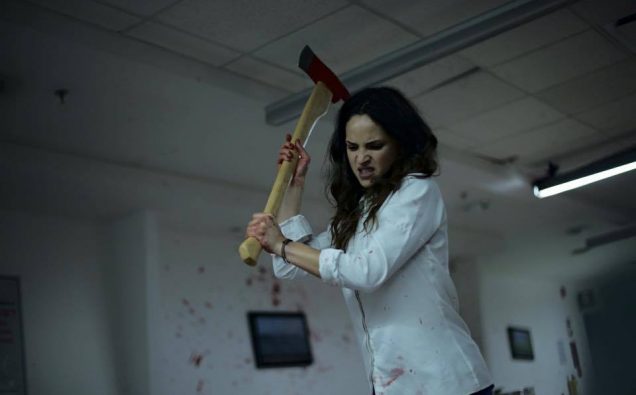 Looking for some killer tunes? (get it?) The Belko Experiment is in theaters everywhere tomorrow and now the official movie soundtrack is available for pre-order on iTunes!

The Belko Experiment is Battle Royale in an office; 80 office workers locked inside and told that they must kill 30 of their own or their captors will kill 60 of them. Written by James Gunn (Guardians of the Galaxy) and directed by Greg McLean (Wolf Creek), the film is looking amazing!

Many of the songs on the soundtrack are by Tyler Bates, who himself did music for the aforementioned Guardians of the Galaxy in addition to John Wick. On making the soundtrack, he had this to say:

“I read the script several years ago when James Gunn wrote it, but once Greg McLean showed me a cut of the film, it sparked an interesting approach to scoring it than I had previously imagined: disturbing and emotional, yet non-orchestral,” Bates described. “Greg kept the incredibly dark sense of humor beneath the violence, which in turn kept me focused on the narrative.”

The soundtrack is being released Lakeshore Records and you can pre-order it now on iTunes! And be sure to check out The Belko Experiment when it opens in theaters on March 17th!