BETRAYAL AT HOUSE ON THE HILL

A horror board game where you encounter terror! 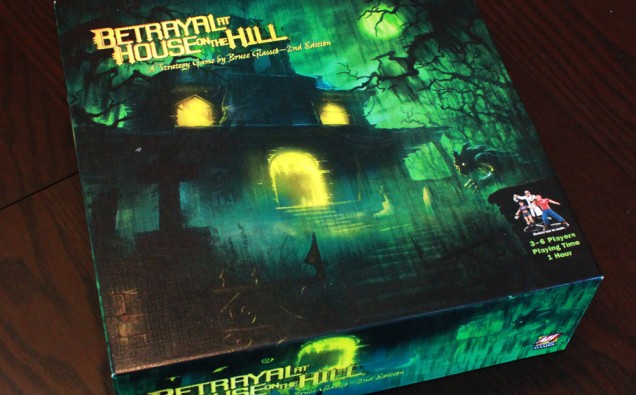 In a world with advanced video games that can be played online with your friends, board games seem to be a thing of the past.

There is a horror based board game entitled Betrayal at House on the Hill that is a lot of fun to play. 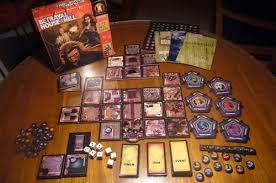 Betrayal at House on the Hill quickly builds excitement as players explore a haunted mansion encountering spirits and disturbing nightmares. The game is for up to six players and is best played with at least four.

The game consists of two phases, exploration and haunt. The players begin as allies exploring the mansion. If a player moves through a door where no room is placed the player then draws room tiles from the stack until one matches the floor they are on. 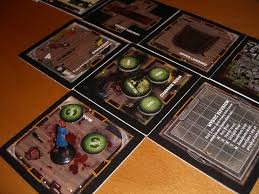 If there is an Event, Omen, or Item on the tile the player then draws the respective card and follows its instructions. 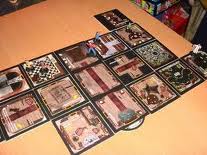 Event cards require the player to roll the dice against one of their skills to avoid damage. The Item cards provide equipment the player can use to drop, trade, or use to their benefit. The Omen card will provide a reward, but at a risk.

The player rolls the dice and if the amount is higher than the Omen card the player obtains the reward and players continue to explore the mansion. It the roll is lower than the card, the Haunt phase begins. 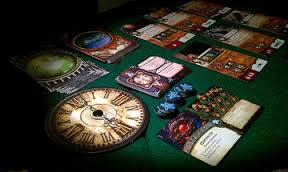 Once the Haunt phase is triggered, tables in the rulebook determine which Haunt is used and who the betrayer is. Once identified the betrayer leaves the room and reads their specific haunt rules and goals from one book, while the remaining players read their victory goals and conditions from another book.

At this time the players discuss strategy to deal with the betrayer, once the traitor reenters the room the game continues.

Haunt scenarios could be anything involving zombies, dragons, vampires, cannibals, or even Classic Monsters such as Dracula.

There are over fifty possible haunts in the game with different horror scenarios. The replay value of Betrayal at House on the Hill is very high.

This game is an an excellent party game for a bunch of friends who enjoy horror.