Do you want to see your face in a horror flick? 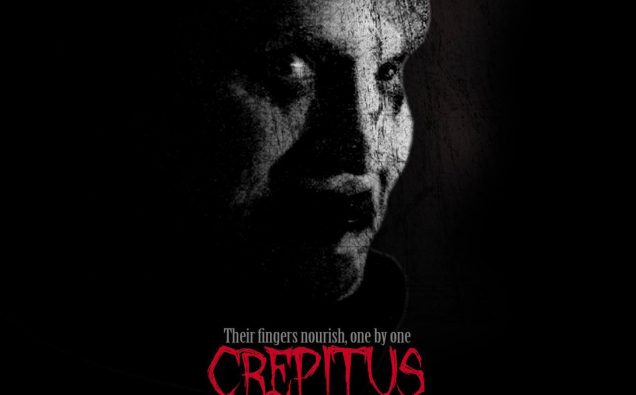 DO YOU WANT TO BE IN BILL MOSELEY’S NEW HORROR FILM CREPITUS?

Ginger Knight Entertainment is holding a contest that will allow four people to have a photo of themselves (from the age of ten) included in a dark, sinister and twisted family album that is featured in the film Crepitus. Horror fans will love this chance to be in the same movie as horror icon Bill Moseley! (Texas Chainsaw Massacre 2, House of 1000 Corpses, Devil’s Rejects, Army of Darkness and many others)

Crepitus sounds like a very dark and bloody, cannibalistic film and may not be for everyone. But fans of Bill Moseley are getting very excited to see him play yet another horrible character. The synopsis is:

“Seventeen year old Elizabeth and her younger sister Sam are thrust into circumstances more terrifying than life with their abusive, drunken mother when they are forced to move into their deceased Grandfather’s house. Frightened beyond belief, they are forced to learn horrible things about their family history. Never mind the ghosts in the house, there is something far worse that takes an interest in them … a cannibalistic clown named Crepitus.” Bill Moseley is back and playing Crepitus, a monstrous, child eating clown. Crepitus is a very different clown, indeed. Children everywhere know the infamous song about him. They sing it at night to scare their siblings: “A crunch, a munch, a jingle …”

So what do you do to get your photo in the film? Here is all the info from their Facebook page and press release.

We are giving away 4 spots to have your image appear in Bill’s film. There’s a dark and twisted family album within the film and we want your photo to be among the photos inside. Your photo must be of you, when you’re around the age of ten and you must now be at least 18 years of age to qualify.

On Indiegogo there are lots of other ways to be part of the movie if you want to help financially.
If you want to purchase the perk that will guarantee you get your photo featured, you can. Its called “Your picture in the film” for $100

Ginger Knight entertainment has recently finished filming one of two shoots for Crepitus, starring Bill Moseley and directed by Haynze Whitmore. This is Haynze Whitmore’s directorial debut for a feature film. The film is being shot entirely in Cheboygan, MI. The remaining shoot will happen in the spring/early summer, also in Cheboygan MI.

Good luck and see you in the movies! 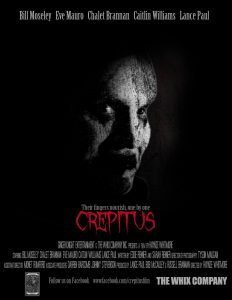