BLACK MAGIC, SIN AND SLASHER ARE CHANNELED IN “THE DEVIL’S DOLLS” RELEASED BY IFC MIDNIGHT 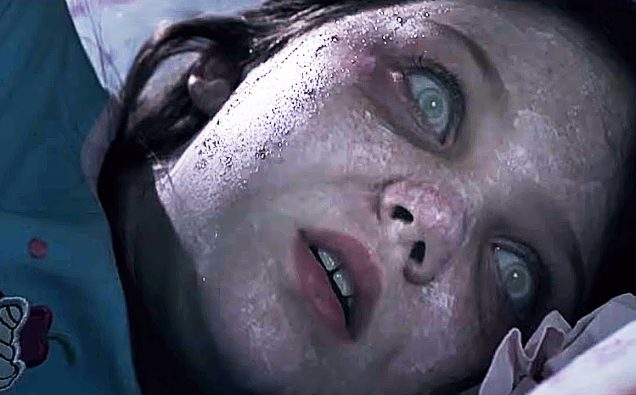 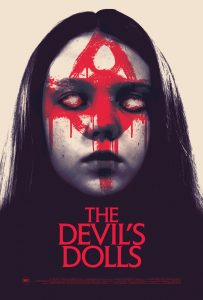 What scares a person more than fear, doubt, jealousy, envy, paranoia… oh hell insert human weakness or sin into this sentence. For director Padraig Reynolds (Rites of Spring), co-writer and producer Danny Kolker and c0-writer/producer/lead actor Christopher Wiehl, the embodiment of a cop’s doubt and obsessions meets the broken mind and impact a sins in the thriller THE DEVIL’S DOLLS from IFC MIDNIGHT. Bringing out the worst in those who hold and connect to the “worry dolls”, this emotional infection film takes risks and leaves no one safe in the wake of what a human monster many do with the proper motivation and spark. Originally called WORRY DOLLS (much better and fitting title), television actor Wiehl, young rising actress Kennedy Brice, Kym Jackson, Samantha Smith, Brea Grant, and Tina Lifford create a compelling dark drama that reflects the horror of the late 70’s and the classic storytelling tool of dark magic.

Reynolds, whose 2011 crime/slasher thriller RITES OF SPRING demonstrated his ability to cultivate characters, weave horror into narrative of betrayal and a botched kidnapping as well take back country settings into macabre landscapes for bad things returns takes on THE DEVIL’S DOLLS. The story revolves around a cop and father Matt who has become obsessed with a serial killer named Henry.  As he and his partner Darcy go on the hunt for him before he claims his next young victim, they catch a break confronting him, ending the investigation and killing Henry in the process. Upon the end of the case, Matt is trying to pick up his life after three years and a broken marriage in which his wife has left him for another man, his work has consumed him and he fights to keep the relationship with his daughter Chloe stable. Chloe comes across the box of “worry dolls” that Henry used to channel all of his angst, fear, sins and more. As Chloe takes this box into the small country town, several unknowing customers to her mother’s shop visit as well as buy the dolls from her as part of her homemade jewelry. 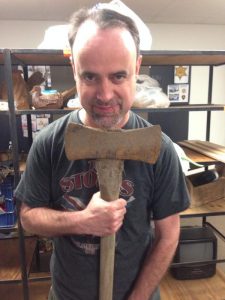 With each one who comes into contact including Chloe, the darkness and pain of Henry and black magic infects their minds, bodies and souls amplifying what darkness they hold deep down inside. As each “worry doll” is attached by touch to these four unsuspecting people, the violence, gore, brutality and evil acts follow, with each focused at the ones closest to them. Matt and Darcy must solve the mystery of these random acts of terrible violence and death that is connected to Chloe somehow. With each act of growing evil from the “worry dolls”, time is runs shorter for the detectives to solve the case. On the outskirts, sits an old black woman who may be the key to the mystery and knows more than she lets on. In the end, Matt faces his own fears, doubts and sins revolving his past as well as present with the choices and actions he decided. With tension mounting for Matt, a mystery to solve and his daughter’s life on the line, THE DEVIL’S DOLLS brings the elements we love in film balanced on a snapping rope.

For this being Kolker’s and Wiehl’s first feature screenplay credit, it actually flows pretty well and it is smart to start with a story with such emotion, pure horror and an evil that gives you room to create. Having Reynolds at the helm, who created one of the best horror thrillers in 2011 with RITES OF SPRING. It shows that even with time off, he has the talent to create tension, not allow the film to lose its edge or mood and definitely create some kills that truly show no one is safe in the film. THE DEVIL’S DOLLS has some kinks, followed a pretty standard formula for thrillers like this and lacks a bit of development in the back story which for me, I would have preferred about Henry’s earlier days, the black magic within the dolls, and sticking with the original title which makes more sense with the film. The timeline of the story is rather short which does help eliminate the holes in story but it does not take away from the film as a whole. I loved how men, women, animals, the elderly and skin color did not matter to the evil as each kill and sin that the dolls brought to the surface were executed brutally, unforgiving and twisted! Most of the kills were filmed with just enough of what you see and the gore balancing what your mind is going through filling in the rest of the terrible details. Hats off to the opening scene and Henry using a drill! 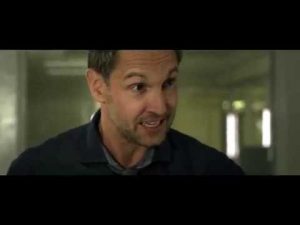 Between the sound work and the soundtrack, both were huge tools and an elevating push for THE DEVIL’S DOLLS. This goes out especially to composer Holly Amber Church who really found the pulse, mood and pace through this fluctuating tale. Also, the set designs while it was nothing spectacular, definitely fit enhanced the story Wiehl and Reynolds were telling as the small town and back country locations in Mississippi lent a charm and a macabre tone like THE SERPENT AND THE RAINBOW did for Wes Craven, TRUE BLOOD and most recently in Kevin Greutert‘s JESSABELLE. Southern Gothic horror is especially in cycle right now for filmmakers not only because of these beautiful settings, colors, textures, but the ability to find areas that creates magic on a budget. This was captured with captivating framing and wonderful camera movement by cinematographer Adam Sampson who enhanced good performances across the board. One of the stand outs is Brice who between playing the title role in JUNE by L Gustavo Cooper, Molly on THE WALKING DEAD and now Chloe on THE DEVIL’S DOLLS is showing a true talent for portraying innocence and an instinctive feel for the inner demons we dare not face especially at young age. Speaking of Brice, hats off to the makeup crew for embodying more than just a coat of sweat and weird eyes that reflects the darkness inside but instead showing what each “worry doll” does physically to the person who is infected. Overall, not on the level of RITES OF SPRING for me but a pretty well-rounded entry for Reynolds, Wiehl, cast and crew with this tale of human monsters, fears and bloody black magic that releases twists, moments of terror and a story from a deep dark place! Check out the trailer at https://www.youtube.com/watch?v=0j1wQtY7LJ0 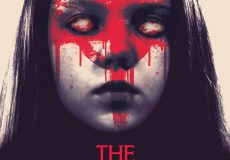