Blair Witch: A Journey Into the Heart of Darkness

Can Blair Witch shake off the dust and the bad taste, Book of Shadows left us? 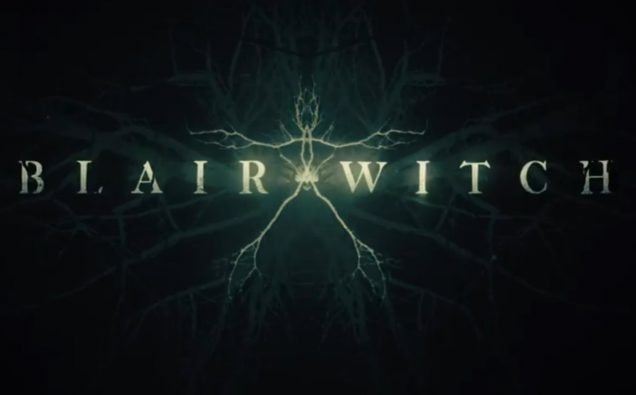 Anyone that’s been to the woods when they were kids, especially those that watch horror movies, knows the dread that creeps in late at night. We all have been there, lying awake when your imagination kicks into high gear and all sorts of noises and possibilities begin to haunt you. When I was a teen and saw The Blair Witch Project in that dark theater, it was an amazing experience, not only was the hype of this film perfect but it was also an endurance test to see if you get sick from it. It was a perfect combination of timing and a perfect hype machine that sold the whole premise. With the films minimalist style it was just what I was looking for in that type of horror film.

Blair Witch is about the brother of Heather Donahue, the protagonist, from the first film still searching for his sister. He receives some new footage that gives him hope that he can find more information on what happened to her. A perfectly simple premise similar to the original. There is a lot to like here, while this film still has quite a bit of problems and missed opportunities, it is still a hell of a great ride.

From the very beginning of this new adventure through the back woods of Burkitsville, we are reminded of the original movie. Several moments are lifted directly from the original and transplanted here. This film, however, knows that it can never recreate that level of hype and mythos that the original created so they tend to go for more of a modern horror feel. Don’t get me wrong, this still has the atmosphere and tension that really sells the horror of being lost out in the woods, but add in post-production creepy music and some Hollywood meddling and you have Blair Witch.

There is some great creepy moments, for me at least, seeing those stick figures and the piles of rocks gave me a creepy unsettling vibe. Perhaps this was just me having nostalgia flashbacks to the original or just empathizing with the characters, it still was very effective. The ending set piece is great and done very well, it all works for the most part. The complaints I have with the film are not enough to derail the film, but it certainly hinders it from being an amazing horror movie.

What the first film did so well was the buildup of tension and it’s execution of the types of scares they had. The first half of the original film really has nothing supernatural going on, they set everything up with the interviews of the townspeople and the little side journey to Coffin Rock. It was fantastic because you know something is out there, then when they get lost in the woods and we see our characters turn on one another, then FINALLY we get the supernatural excitement. With Blair Witch we go from day one walking in the woods, to being lost immediately and on top of that the supernatural horror comes out hard and heavy on the first night and doesn’t stop. This to me is a travesty because the film could have really benefited from stretching out the events over at least another 20 or so minutes and just holding back a little. As I said it doesn’t ruin the film but it certainly hobbles the film.

One of the best things about this new film is that it attempts to expand on the Blair Witch mythos. It adds in more details of what this evil entity can do and what happened in the past. Two of my favorite additions are the fact that the witch can affect space and time and there is an element of being able to create hallucinations to lure those to their peril. There’s a scene where the group splits up over a fight and then only a few hours later the group that left reappears stating they have been out in the woods for months. All the while, for our characters it has only been several hours. These moments happen a few time but are never really given time to really influence the actions of our heroes. Sadly both of these new additions are only briefly brought up and glossed over, never really getting any stand out moments to shine. These are missed opportunities that could have carried me away with this film and yet they held back.

Blair Witch is still a solid film in a year of great horror films. While it can’t surpass the bar set by the original, it makes a valiant effort and emerges from the woods of Burkitsville a good film with some flaws but still enjoyable. I was creeped out for a majority of the film, perhaps because the woods while I love them have always had a special spot in my nightmares, this may not be the case for everyone. There’s still some parts that don’t work well (you will know them when you see them) but overall a solid effort and worthy of your time and money if you enjoyed the original Blair Witch Project and are ready for some more.