A Review of “Flowers”, a surreal horror art film! 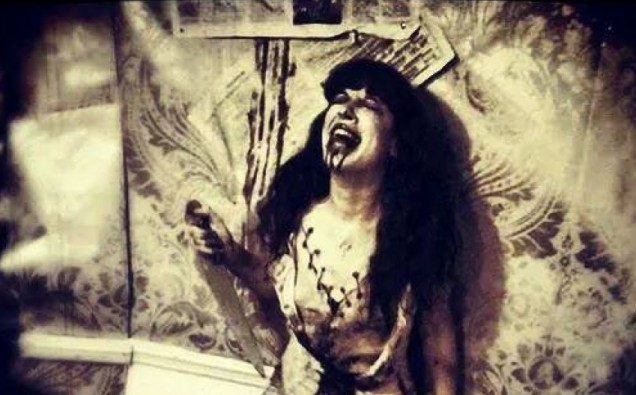 This is why I love indie films. So many hidden gems! The other night I was honored to be given exclusive pre-release access to “Flowers”, an art horror film by Phil Stevens. It blew my mind!

The film is simple in premise, but awe-inspiring in its originality. It is about six dead girls (the self-titled “flowers”) who wake up in the floor boards of their killer’s house.

First up, there is zero dialogue. The film is a series of vignettes, each focusing on one of the dead girls in her first moments following reawakening. There are no vocalized sounds at all, only the sounds in the environment and the very moody and atmospheric music. This film shocks and disturbs, awes and confounds! My two biggest areas of expertise are acting and sfx. And this film gives the audience an amazing display of each!

“Acting?” you inquire, “But, John, did you not just say there is no dialogue? How, then, can the acting be so exemplary?” Well, dead reader, because acting without dialogue is even more amazing than with. All of the emotion has to be portrayed through the body. Instead of having the option of the actor saying “I am sad” verbally, they must convey this message to the audience with movement alone. All six flowers do an amazing job with their performances! Their expressions, movements, and postures express their character’s inner feelings as they explore their environment and come to grips with their own deaths.

I am always a stickler for practical fx. And from this day forward, Flowers will be the bar to which I hold the prac fx of other films to. Between the impressive gore effects that boggle the mind akin to a master magician’s trick to beautiful handmade props, there is so much eye candy to see here! Phil aspires to a similar school of sfx as I do: when in doubt, use the real thing. The man must have obtained at least 50 pounds of real animal innards for this film. That combined with the expertly done gore on the actresses may leave some a tad queasy, but to me it truly is like watching a master illusionist ply his trade. I think I figured out how he did much of it, but it took me quite a bit of time to do so.

If you are into the surreal and the abstract, if you have a taste for the artsy side of horror, Flowers is going to be your favorite movie coming out this year!