Horror and Classic Rock collide—and just in time for Christmas! 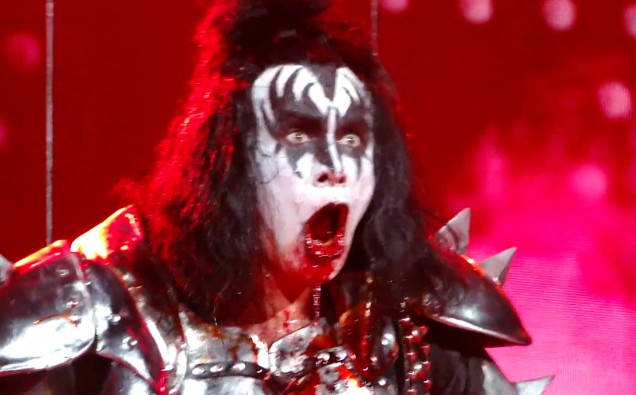 A decade before The Misfits wore white-face and coined the term “Horror Punk”, KISS was merging hard rock and demonic imagery, leaving trails of blood and ash as they ignited concert halls worldwide.  At the core of this dangerous foursome, the character who most personified their ominous otherworldly powers stands Gene Simmons: The God of Thunder!  As a child of the 1970’s, The Demon’s blood-splattered visage was as frightening to me as any vampire, werewolf, or monster of Frankenstein!

While KISS is notorious for the over-the-top commoditization of their likenesses (they pedal everything from condoms to coffins!), I think they could have made a fortune off of action figures alone.  Over the years, I’ve picked up a few myself; they’ve adorned my windowsills and bookshelves, inspiring bizarre fantasies that fused sex and pyrotechnics!  The toys were cool, but nowhere near as lifelike or evocative as their real-life counterparts—until now!

Ok, the latest 12” Gene Simmons action figure from Figures Toy Company will still pale before the living legend, it’s definitely the coolest one to date.  Feast your eyes on the “Deluxe Edition” with real blood-spitting action! 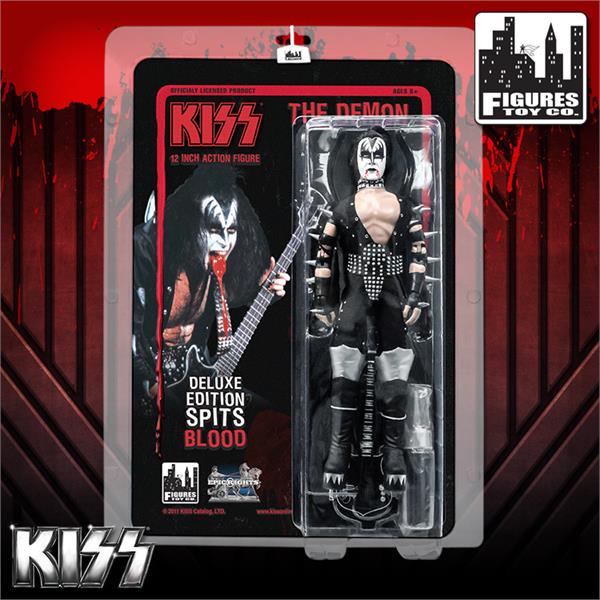 From FTC’s website: Danny “The Farrow” Anniello has crafted another superb sculpt for this figure of the classic rocker, one that allows you to recreate the famous KISS concert footage of Gene rocking out on his bass while spitting blood!  It comes inside of resealable plastic clamshell packaging, and also includes a mini Punisher bass guitar!

You can pre-order yours for about 70 bucks right (and see a demo of the blood-spitter in action) HERE, but be warned: The Demon comes with certain risks:

Check out some sick footage of The Demon spewing blood during their misleadingly-named Farewell Tour in 2007!

So if you’ve been wondering what to get your favorite horror blogger (who just so happens to be a huge KISS fan) for Christmas, you know… hint, hint!

Now how about a figure that spits blood AND breathes fire?  Shut up and take my money!

Are you a horror fan who also loves KISS?  What do you think of the 12” Blood Spitting Demon doll from Figures Toys Company?  Sound off in the Comments section!