A drug you shouldn't take 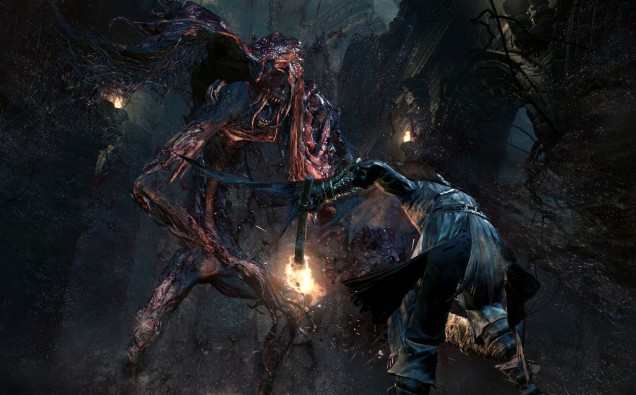 From the mind of Hidetaka Miyazaki and From Software comes one of the most anticipated games on the PlayStation 4, of course I am talking about Bloodborne. This game is by far something out of a crazy man’s drug induced nightmare. It is also one of the most addicting games I have played this year. It is like a drug and I can’t stop, I think I can quit but I keep coming back. But what makes it special?

Story
The story is not amazing but it is interesting. You play as what the people in the game call a “Hunter” and at first you have no idea what you are doing and out of nowhere you get engulfed by little grey creatures. Your journey starts now!  You explore the Gothic world called Yharnam. The purpose is for you to find a medical remedy, that has been sought out for years but never been found. The town is not normal by any means. Most of its’ citizens have been turned into  hostile enemies with their pitch forks , machetes, torches and guns. They will fire at you for just being there! On top of that there are demonic pigs, rabid wolves, werewolves, ogres, transforming priests, hunters and more. This is all in the first area. The story doesn’t really tell you too much about what your are doing or where you are going except go to an area you haven’t explored. If it is too hard go another way or stay in the area and just collect blood echoes (currency) to upgrade your hunter.

Gameplay
Gameplay is similar to that of Dark Souls and Demon’s Soul, which means it is hard, not just hard but but hella hard. At times you will curse the heavens because you have 20,000 echoes and you die but then you die on your way to pick up the blood spill by a dum dum character. This game is not meant for the average gamer! I repeat NOT FOR THE AVERAGE GAMER. This game is about making you cry and having fun doing it. You will see the You Died screen so much it will burn into your eyelids when you sleep. The game plays like the past titles of “From Software” games except instead of a shield/block button there is only a dodge sweep button. The controls feel pretty good for the most part a few times the game doesn’t respond when I need it too and the camera can get in the way but that is once in a while. The other complaint is that the lock may not click on the enemy you want and can get you killed so be ready to double click at times.

Graphics
This game has some absolute gorgeous scenes but the problem is that at times the fps gets bogged down and it looks kind of stuttered especially in battle. It definitely distracts you at times and doesn’t let you fullly appreciate the world From Software created. When it does run at the full speed it is great and fluid. The biggest complaint I have had and most people do too is the load screens. When you die, start the game up, go to a different area, you will see the words BLOODBORNE in white with a black ground. That is it, now that would be okay if it was a quick load, but no, it takes between 50 secs -1 min to load. With a game at this caliber, where you die a lot and there is no quick travel (the only way to somewhat quick travel is to go the hub and then to the area) it pulls you out of the game to the point you get so frustrated you will punch a hole in the wall. These complaints really pulled me out of the experience.

Final Thoughts
Bloodborne is a great exclusive for the PS4 (and a challenging one at that) you will see things that you never experienced and that goes for feelings too. This game will get under your skin and you will pry at it to get it out. Once you start this game you are hooked and you may have problems quitting. There are a few things that keep the game from getting a perfect score but it is something for those hardcore gamers, horror enthusiasts, and RPG fans. Just get ready to put a lot of time into the game and brace yourself for the drug known as  BLOODBORNE 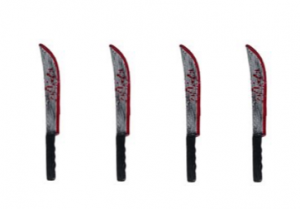