Blu-Ray Review: Schramm: Into the Mind of a Serial Killer 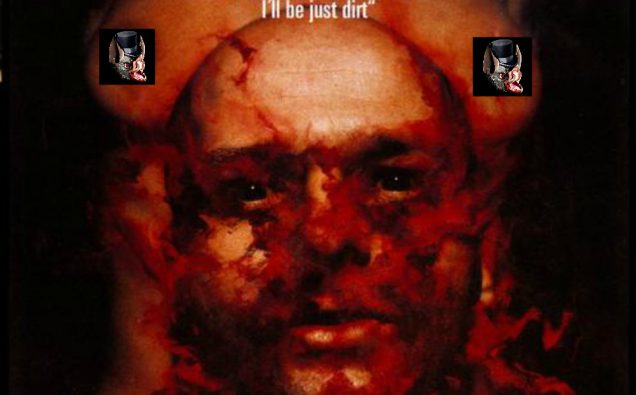 Jorg Buttgereit has a bit of a reputation. If you aren’t familiar with his name, you might be familiar with some of his work, namely his most successful film, Nekromantik. As the title may suggest, it’s a film about necrophilia. Very, very graphic necrophilia. Fun for the whole family! Yeah, messed up arthouse horror is kinda Jorg’s MO and Schramm, which has just made its Blu Ray debut, is no exception.

As the title may clue you in on, the film is about a serial killer: the titular Lothar Schramm. The film begins with Schramm dying on the floor of his apartment and goes through a series of dark, gristly, and oversexed flashbacks depicting the monster this man is. Now, Jorg is from Germany, so you better be Ok with subtitles. It’s not so bad though, for, as with many films in the arthouse scene, Schramm is pretty light on dialogue in favor of attention to imagery. The film is twisted and beautiful at once, making one almost question their own sanity as they are forced into the perspective of a madman. Things seem just a little off, just slightly off center.

Schramm is a dark film which makes a show of beauty out of the ugly. For fans of underground horror, this is a must watch.