"Your fantasy is as real as you make it" 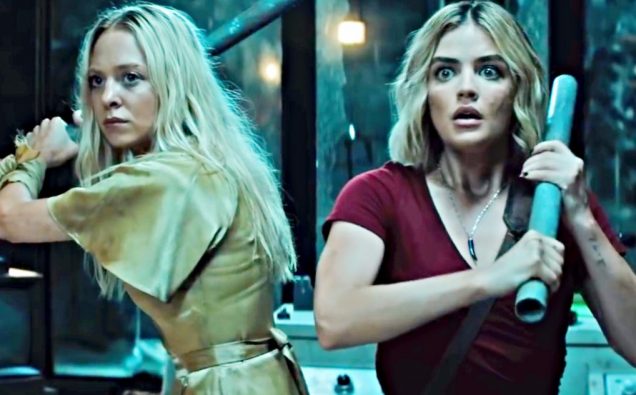 Despite being somewhat humorous and having cool scenery- Blumhouse’s Fantasy Island is not what I would call a triumph of horror. I was a huge fan of the campy, and sometimes silly TV show, that ran from 1977-1984, but never did I entertain the thought, “Somebody needs to make Fantasy Island into a horror movie”. This Fantasy Island is a darker version of the classic sit-com, but I don’t think the target Millennial audience will have even heard of the show, let alone watched it. 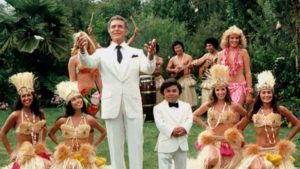 What made the original show work for the fans was the continuous procession of popular (if aging) TV stars that came to the island paradise. We lived to see who would be on it each week. As a feature film with all young, beautiful people, I almost didn’t care what their fantasies were, they were already so good looking; what do they need a fantasy fix for? 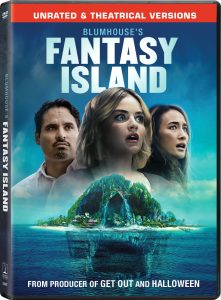 Synopsis: “The enigmatic Mr. Roarke makes the secret dreams of his lucky guests come true at a luxurious but remote tropical resort. When the fantasies turn into nightmares, the guests have to solve the island’s mysteries in order to escape with their lives.”

The first part of that sounds a little like the original show, but that is where the similarity ends. I immediately missed my favorite little dude, Hervé Villechaize as Tattoo. “Ze Plane, Ze Plane”, was a common catchphrase around my house and we loved him. Michael Peña as a replacement for Ricardo Montalban’s Mr. Roarke was suitable, but he did not have the classy style that was part of what made the show work.

After watching an unknown girl be brutally kidnapped, the film goes on to begin like the TV show. We see the gorgeous island and iconic house from the view of a seaplane circling to land. The announcement “The plane!” is spoken by a young woman instead of the beloved Tattoo and we find out that this group of people are here to live out their fantasies from Mr. Roake. The difference from the TV version is that these young people won a contest and in the original show people paid $50,000 for their fantasy. 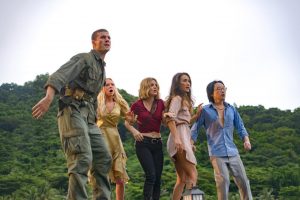 Let’s look at what kind of fantasies our gorgeous young guests ask for. Gwen (Maggie Q) wants a do-over, which seems broad as far as a fantasy goes, but apparently the island itself figures out what you really want. The bottom line for her was turning down a boyfriend’s marriage proposal because she was afraid to commit.

Ex-cop Patrick (Austin Stowell) wants to be a soldier, but deep down inside, he wants to meet his dad, who died a hero 27 years before.

Melanie (Lucy Hale) wants to get revenge on the bully (Portia Doubleday) that made her life miserable in school. And brothers by marriage J.D (Ryan Hansen) and Brax (Jimmy O. Yang) simply want it all, whatever that means. 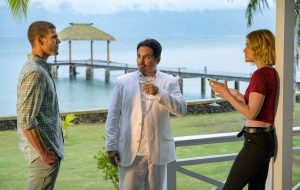 Mr. Roarke explains that you only get one fantasy and it cannot be changed. You must let these fantasies play out to their natural conclusions or you can never leave, sounding a bit like they were at the Hotel California!

Of course, the endings are nothing like the guests imagine, since they all think this is going to simply be a fun immersive game or holograms. As expected, the fantasies all go terribly wrong and our group must do whatever they need to do to figure out how to survive. There are a lot of sinister twists and evil turns. The island itself seems to be in charge, however, even though we learn where the fantasy magic comes from – we never find out why.

It sounds like a fun premise for a horror film, right? So why didn’t it really work? 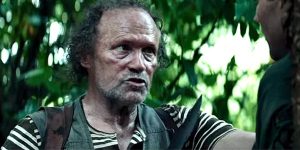 Overall, the acting, though seriously over the top, was not terrible, but some of the lines that the actors had to say with a straight face were painful. The characters were also very shallow. Do we really care if they survive?

The biggest problem I saw was that the rules and the fantasies kept changing. That wasn’t supposed to happen according to Mr. Roarke. When you write a script, you have things that can’t change, or it becomes a different film. Well, that is exactly what happened. It was like a couple of different movies smooshed into one. The best actor in the film Michael Rooker, had a silly part, who was put there to try to explain to the guests and the audience what was going on. I felt bad for him because I really like his acting style and he didn’t match the tone of the film.

So, let’s look at the rating. Being PG13 the film was never going to get too gory or sexy, I knew that going in- which is a reoccurring problem with recent Blumhouse flicks. You can call them horror films, but can they truly be horrifying and funny with that rating?

Blumhouse’s Fantasy Island is a silly little distraction to kill some time and characters. I can’t say I hated it; I was just disappointed. The idea of an island that can make your fantasies come true is a fascinating one- I would love to explore a place like that on my next vacation- except please leave out the zombies with black goo running out of their eyes!

Now I am willing to admit that TV’s Fantasy Island was not the small screen at its best, but it was unique for the time, campy and very funny! For seven seasons the fantasies went on and it was a hit! There was no real reason to do it again. But here it is – maybe it’s your fantasy!

I just had a horrible thought: Since they played back to back – I pray Love Boat isn’t the next TV sit-com to turn horror. Please, please, please, no!

THE UNRATED BLUMHOUSE’S FANTASY ISLAND ARRIVED ON DIGITAL APRIL 14, 2020. THE BLU-RAY/ DVD IS OUT MAY 12, 2020 – AND IS PACKED WITH EVEN MORE THRILLING FANTASIES, SIX DELETED SCENES AND DIRECTOR/CAST COMMENTARIES.