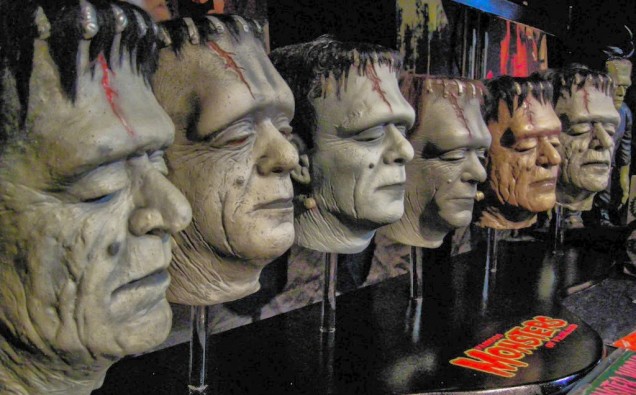 Don Post is celebrated as “The Godfather of Halloween” for pioneering and mass producing over-the-head rubber masks. Now, a new book from Blacksparow will tell the history of Don Post Studios from its inception in 1938 until its closure in 2012 in an impressive, 600-page tome. The Illustrated History of Don Post Studios, by Lee Lambert, is available for pre-ordered: HERE. 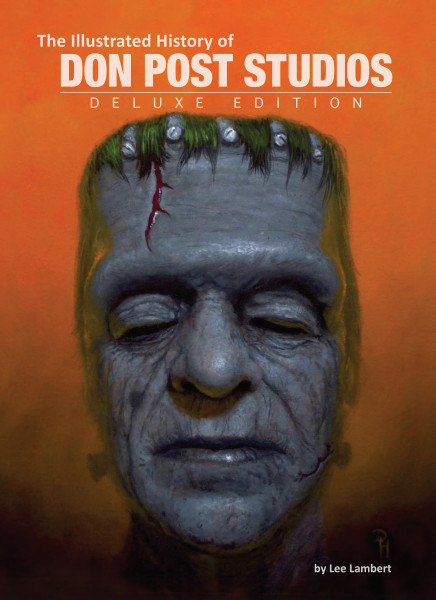 Between hardcore memorabilia collectors and seasonal Halloween fanatics, masks are big business; masks are integral components of horror conventions worldwide, and the featured attractions at many. This history of Don Post Studios is, in many ways, the history of modern mask-making itself. And while one can read about Don Post Studios online, the assemblage of his entire catalog into a single 9” x 12” coffee table book is certain to be a visually engaging and educational experience. 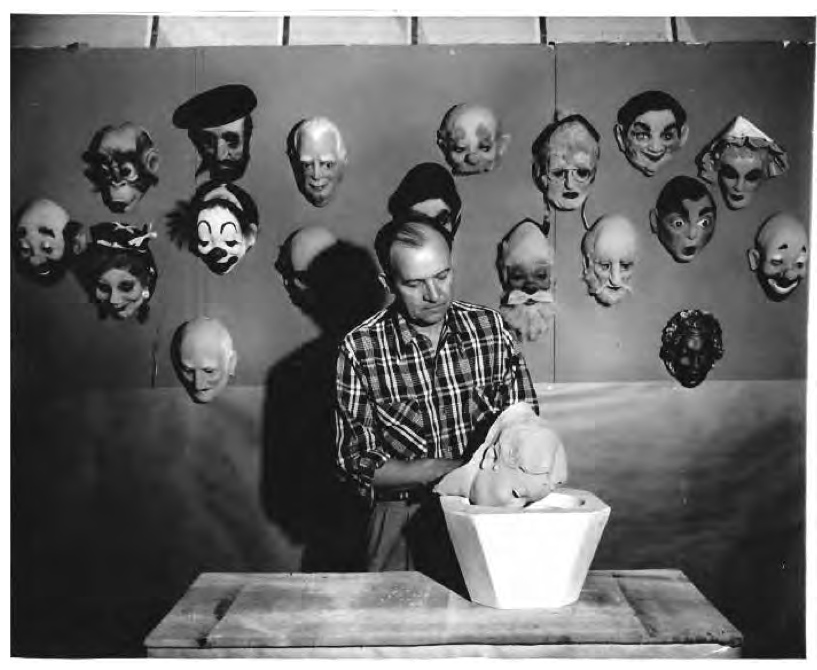 A publicity photo of Don Post Sr. pulling a blank latex mask from the mold. Masks continue to be made the same way to this very day. Photo credit: The Illustrated History of Don Post Studios by Lee Lambert. © Lee Lambert.

Don Post became enamored with mask making as a child after a trip to Ringling Brothers and Barnum & Baily Circus, where he got to examine a clown’s full-head Popeye the Sailor mask. At the time masks were heavy and bulky, usually constructed from plaster, paint, and shellac. As an adult, he created a series of rubber masks for Marshall Field’s Department Store in Chicago before moving to Hollywood in the 1940’s. A deal in 1948 with Universal Studios to create a line of monster masks became that studios first licensed product-line. 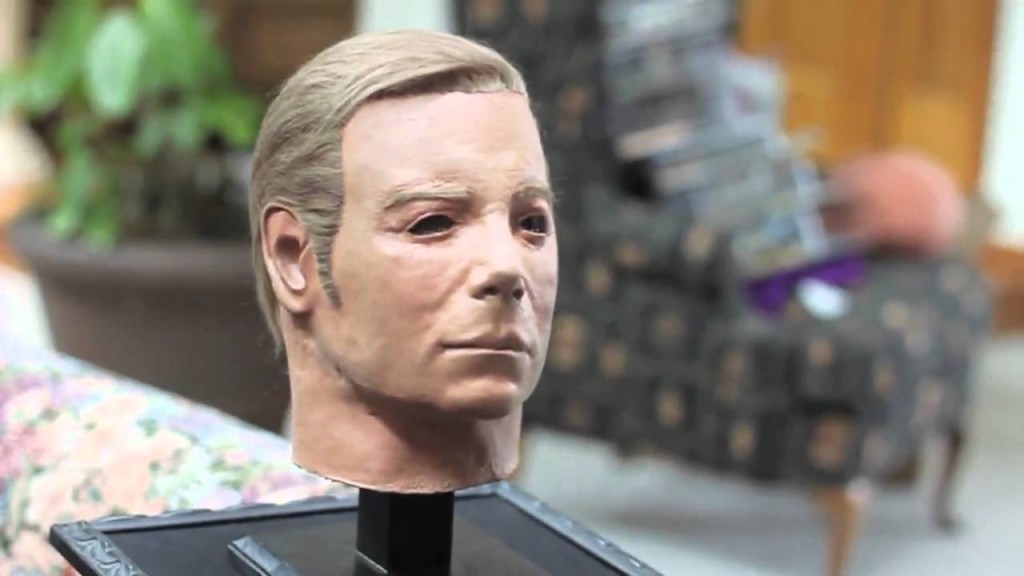 Most modern horror fans know Don Post Studios was influential in the creation of the infamous Michael Myers rubber mask. Michael’s mask in 1978’s Halloween was created from a Don Post Capitan Kirk mask; the hair and eye-holes were altered and the entire face was painted “fish-belly white”. When Halloween became a runaway hit (an eventually a horror institution), Don Post Studios began producing officially licensed Michael Myers masks, a staple of their catalog.

For your continued edification, I’ve included an episode of Monsterama, hosted and narrated by the incomparable Elvira, Mistress of the Dark, which offers an insightful 12-minute history of Don Post Studios. Hopefully this will hold you over until The Illustrated History is released. Enjoy!

The Illustrated History of Don Post is certain to make an excellent gift for memorabilia collectors, film history buffs, and lovers of all things Halloween (Hint-hint, everybody who loves me!).