BORIS KARLOFF: THE MAN, THE MONSTER, THE LEGEND 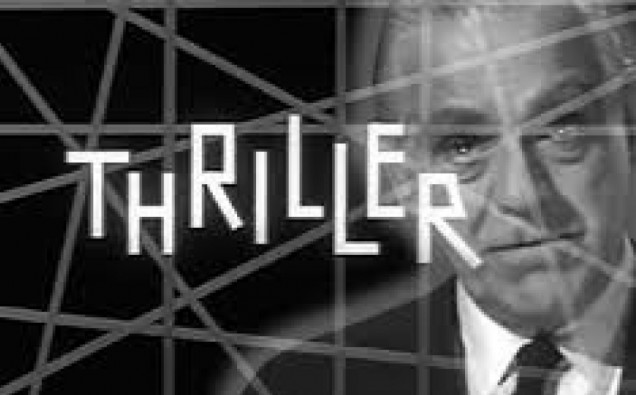 Boris Karloff once remarked “When I was nine I played the demon king in Cinderella, and it launched me on a long and happy life of being a monster.” He is best known for bringing life to undead creatures such as Frankenstein’s monster and the mummy, as well as hosting the horror anthology show Thriller. 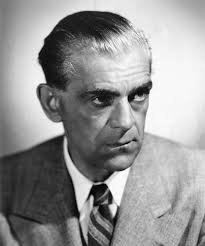 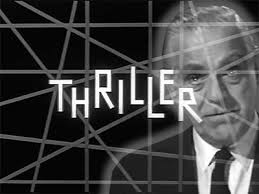 He was born in 1887 in London, England, and named William Henry Pratt. He changed his name to Boris Karloff after he moved to Canada to pursue an acting career. The motivation for the name change was both to avoid possible embarrassment to his family, who were prominent in the British Foreign Service, and to add a whiff of the exotic.

Karloff was something of a late bloomer, getting his breakout role as Frankenstein’s monster at the age of 44. At this point, he was still such an unknown that the opening credits of the movie list him as “?”, and Universal didn’t even invite him to the film’s premiere. This role would define Karloff’s career, and he would go on reprise it numerous times, in movies like Bride of Frankenstein, Son of Frankenstein, and House of Frankenstein. 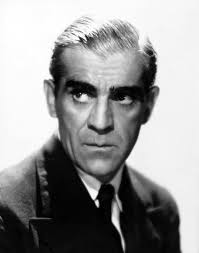 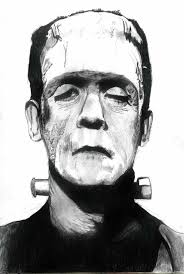 The well-known look of Frankenstein’s monster was created by makeup artist Jack Price. Although in reality Karloff was 5’11” and of medium build, he wore 4-inch platform shoes and heavy padding to portray the hulking, lurching monster. The long days in heavy makeup and prosthetics led Karloff to have his face insured against premature aging.

In addition to Frankenstein’s monster, Karloff also appeared as Im-Ho-Tep in The Mummy and as the namesake villain in The Mask of Fu Manchu. He shared the screen with fellow cinematic horror legend Bela Lugosi in The Black Cat, Gift of Gab, The Raven, The Invisible Ray, Black Friday, You’ll Find Out, and The Body Snatcher, though Karloff believed Lugosi’s lack of fluency in English held him back as a Hollywood film actor.

In 1960, the horror anthology series Thriller debuted with Karloff as its host. The show mixed macabre tales of horror with suspenseful thrillers. Guest stars included William Shatner, Mary Tyler Moore, Rip Torn, Leslie Nielsen, and Elizabeth Montgomery. Karloff himself starred in five episodes: The Prediction, The Premature Burial, The Last of the Sommervilles, Dialogue with Death, and The Incredible Doktor Markesan. Other notable episodes include The Cheaters (based on a short story by Robert Bloch that originally appeared in Weird Tales) and Pigeons from Hell, often considered the series’ best episode. While somewhat similar in form to Alfred Hitchcock Presents, Thriller skews more towards flesh-creeping chills than psychological suspense, its scares more visceral and less cerebral.

In the twilight years of his career, Karloff lent his signature deep, sinister voice to both the title villain and the narrator in How the Grinch Stole Christmas. The story was later released as a record, for which Karloff won a Grammy award for Best Recording for Children.

In 1969, Karloff died of pneumonia, following a long struggle with emphysema. He said that Frankenstein’s monster was the best friend he ever had.