TV series back in the works? 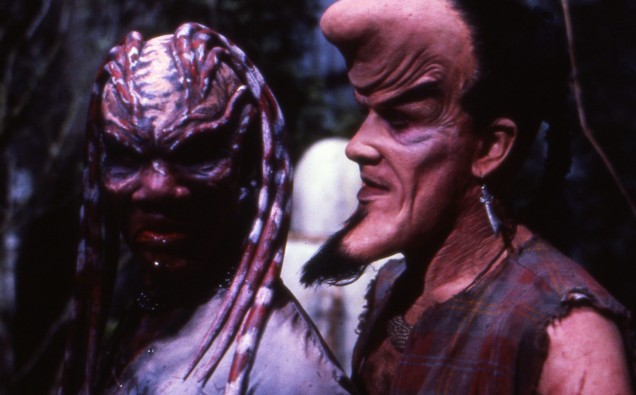 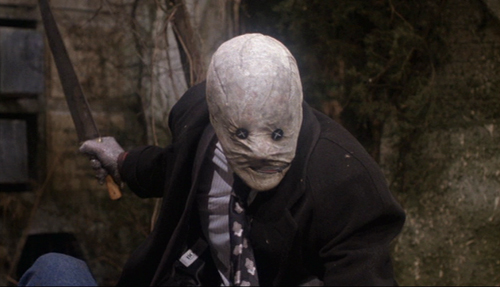 Clive Barker’s Nightbreed, released in the US back in 1990, enjoyed a major resurgence in popularity in 2014, primarily pushed by successful, fan-lead efforts to release a Director’s Cut.  Those who had long professed the film was decades ahead of its time seemed vindicated by the ensuing excitement and subsequent financial success of the DVD.   That July, Morgan Creek announced their intentions to develop a Nightbreed television series—a decision applauded by Barker fans worldwide who have long postulated on the fate of “The Tribes of the Moon”.

The likelihood of this project’s fruition, however, suddenly seemed unlikely when Morgan Creek sold off nearly their entire film library.  Last September, Deadline reported that the studio” hired investment banking group Houlihan Lokey to sell domestic rights to its library of 78 films”, including True Romance, The Exorcist, and Nightbreed.

No news has surfaced regarding a potential Nightbreed TV series since the film landed at its new home at Revolution Studios—until today that is!  This afternoon, Barker himself tweeted this optimistic missive: 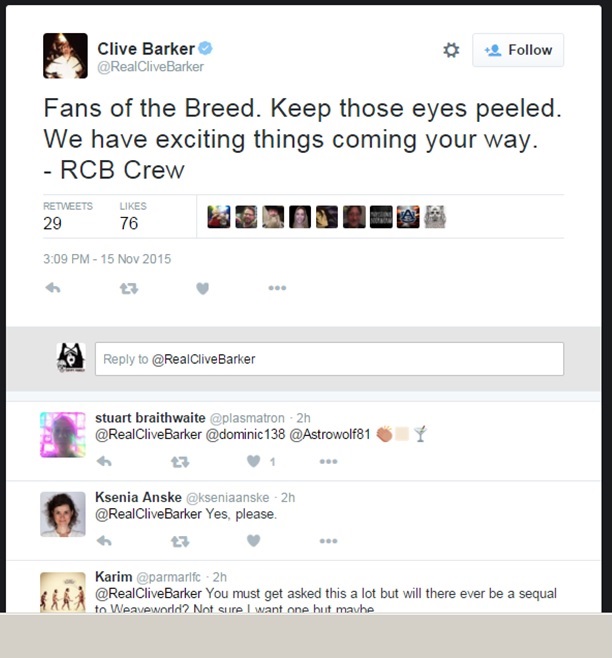 So can Nightbreed fans finally look forward to the next chapter in Cabal’s saga?  Time will tell!

Are you a fan of Clive Barker’s Nightbreed?  Are you excited by the prospect of a TV series?  Sound off in the Comments section!