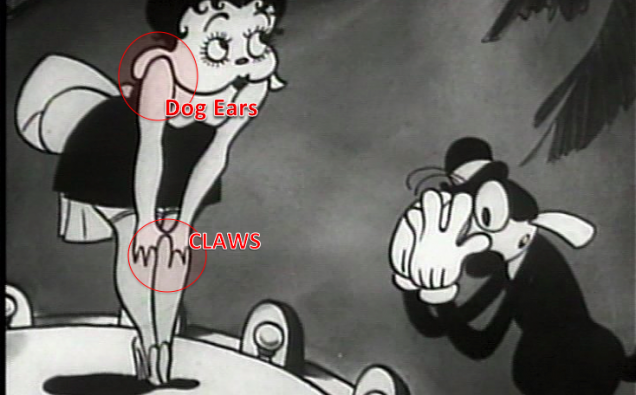 We in the horror community have a word for a canine creature that walks on two legs and morphs into a human; that word is: Werewolf. These creatures have a history that stretches centuries and films like Underworld and Dog Soldiers have postulated societies of werewolves that have endured into the present. The inherent inference of these movies being that lycanthropes have been hiding under our noses—and still do.

A colleague recently disclosed a disturbing fact about an American entertainment icon from the 1930’s who went on to leave an indelible mark on mainstream consciousness. The quintessential flapper girl with the enormous baby face and smoking hot bod: Betty Boop. While hardly a spring-chicken, Boop has legions of fans with an image that endures among vintage-loving fashionistas.

What most people don’t know about her, however, and what I just recently discovered, is that Betty Boop first appeared in cartoons—as a dog. Over the course of years, Boop can be documented transitioning from a bi-pedal canine into the fully human form she has since maintained. Adding to this shocking discovery is that Boop seemed insatiably carnal while in her lycanthropic state. 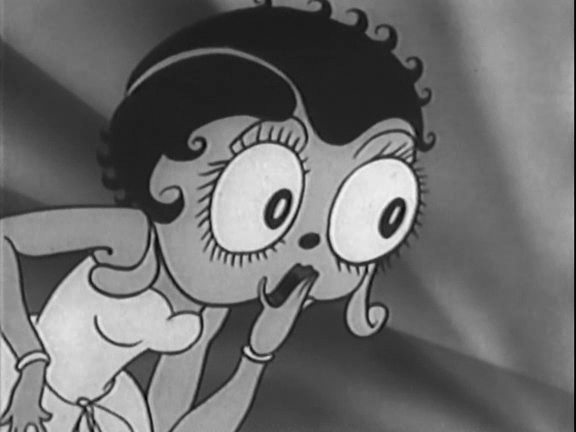 Your secret is out, Boop!

It must be assumed that, with fame, Boop became more adept at hiding her carnivorous form. With access to the best make-up artists of the day and the clout to refuse filming during full moons, she was able to all but erase every trace of the beast within her, leaving nothing to hint at her dark self—nothing, that is, except her unshakably voracious sexual allure. Which bodes the question: Has Boop been using her feminine assets to attract men who would become victims of her teeth and claws?

For decades, men including strongman Popeye the Sailor Man and members of royalty (King Cole) were unable to resist her hypnotic charms. Many, less famous characters from entertainment’s heyday, would appear on film with Boop, never to be seen again. More disturbing?   The possibility that she continues to seek meat, somewhere, from amongst her (comparatively) small but nonetheless rabid fan base.

Not convinced? Here are the facts:

These facts are proof positive that Betty Boop, one of American’s favorite cutie-pies, is, in fact, a bloodthirsty werewolf. What’s almost equally shocking is the fact that Boop’s veracious sexual appetites actually lead to a career in pornography. The photos below may shock conservative viewers as they show Boop in various states of undress—included a coochie flash ala Britney Spears. Viewer discretion is advised. 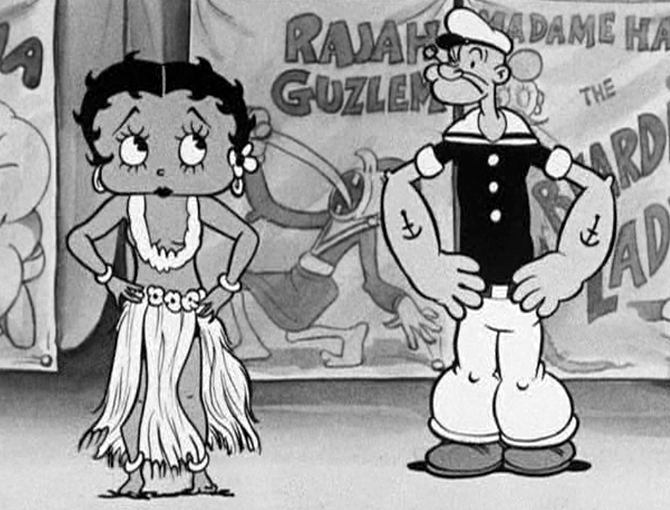 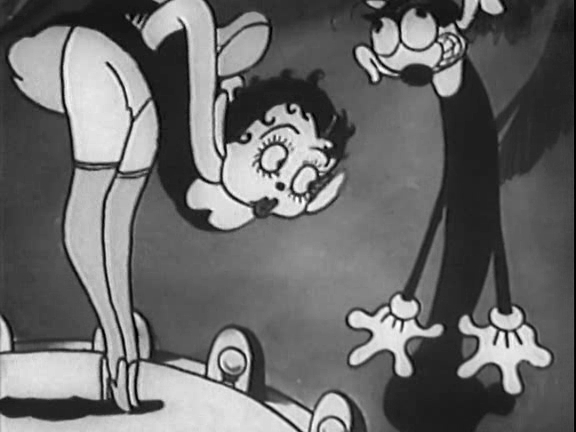 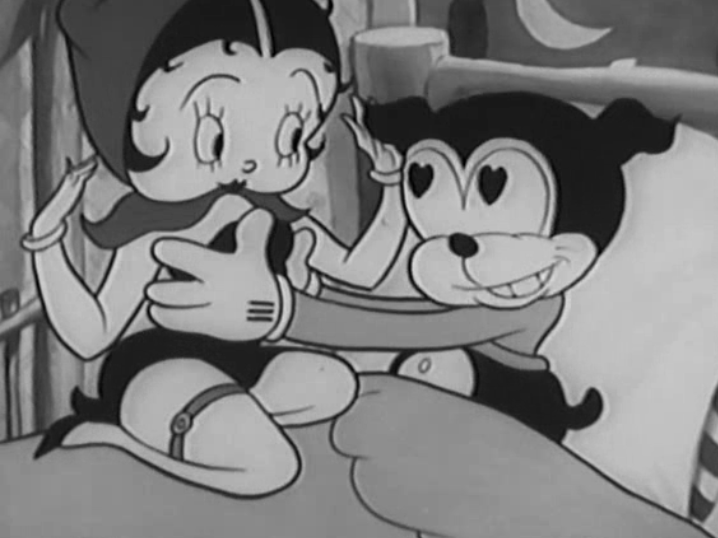 Boop in human form in a dangerous liaison with Bimbo

The crux of this article is (obviously) a joke. Betty Boop’s history, however, proves that, while cartoons may captivate children, they aren’t child’s play! Before 1934, cartoons were completely uncensored and, in many cases, amounted to animated pornography. In addition to stripping/flashing, Boop has appeared in all kinds of sexual scenarios—including bondage, bestiality, and rape.

The video below, produced by The Dark Goddess, does an excellent job of documented the sleaziest aspects of Boop’s sordid past.

Does Betty Boop’s past as a sex-obsessed canine shock you? Sound off in the Comments section!