Stay away from the moors? 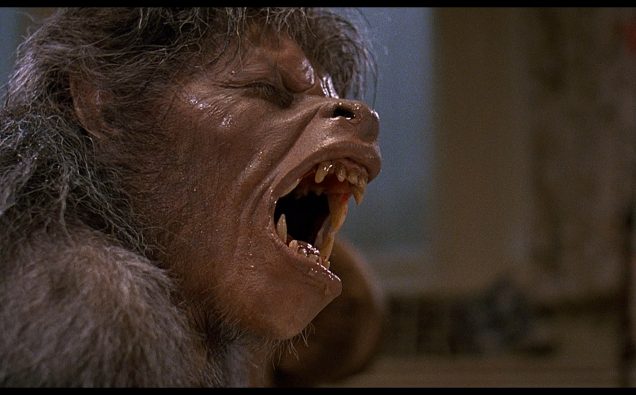 According to some witnesses, jolly old England may have a werewolf problem. Or at least a small British town called Beverley does in any case. Reports are trickling in that people are seeing a creature which is being described as a werewolf.

Over the past few months, no fewer than seven witnesses have reported seeing the creature, which is reported to be over 8 ft tall. One woman even claims to have seen a man transform into the creature, which she claims clearly stood up right before dropping to all fours and running away. Another couple claims to have witnessed the werewolf devouring a German Shepherd before it escaped over an 8 ft fence.

Alice Cooper himself caught news of the reports and pondered if the werewolf may in fact be real. 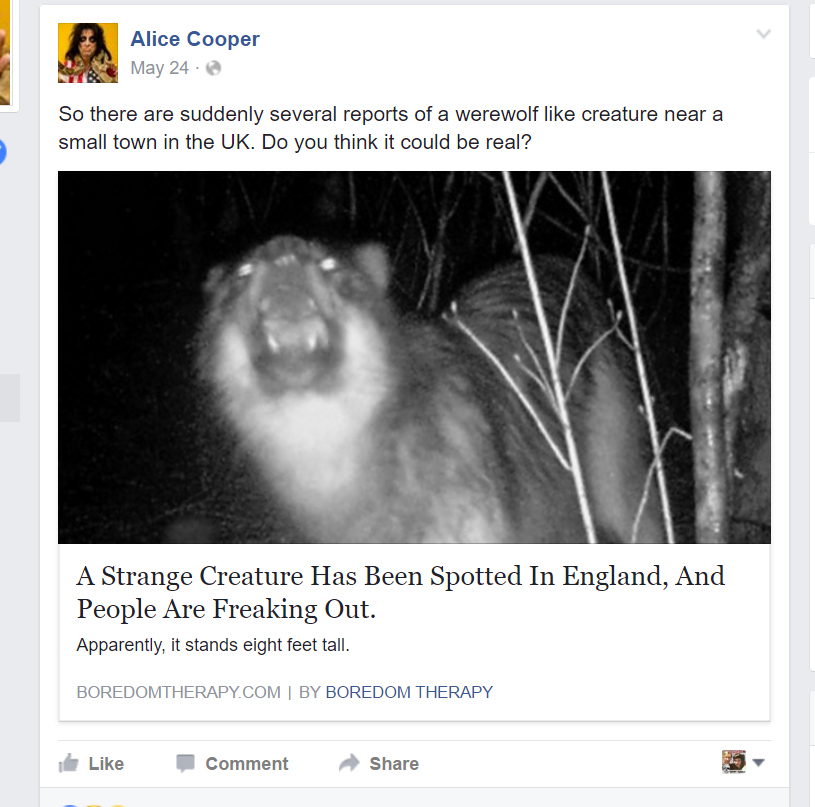 Reports indicate that there are now locals organizing a werewolf hunt for the next full moon. Personally, as someone who has seen Dog Soldiers at least 3 dozen times, that might not be the best idea…