Burt Gummer Is Going Back To Perfection 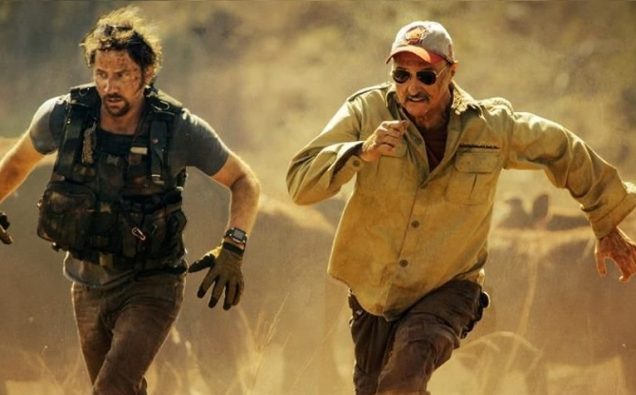 The Tremors series started in 1990 with Tremors, starring Kevin Bacon and Fred Ward, with Michael Gross in a supporting role. That was followed by Tremors 2: Aftershocks. With Kevin Bacon not returning, Fred Ward was bumped up to the starring role with Michael Gross assuming a larger role. Following that was Tremors 3: Back To Perfection. This movie was the first to be straight to DVD and also saw the exit of Fred Ward which allowed Michael Gross to elevate Burt Gummer to all his glory. Following Tremors 3 was the very short run of Tremors: The Series. This was a 13 episode series that aired on The Sci-Fi Channel, long before they decided “SyFy” was more trendy. Following the cancelation of the television series we got Tremors 4: The Legend Begins. It was exactly what it sounds like, a prequel. But Michael Gross returned, playing Burt’s own great grandfather, Hiram Gummer. After an 11 year hiatus, Burt Gummer returned in Tremors 5: Bloodlines with newcomer to the series Jamie Kennedy. Tremors 5 is a sequel to Tremors: The Series, which followed Tremors 3 in continuity.

Although not much is known about Tremors 6, it will be a direct sequel to Tremors 5. It will presumably follow the second amendment’s self-proclaimed number 1 fan Burt Gummer and his survivalist partner Travis (played by Jamie Kennedy) as they continue their monster killing reality show that was hinted at during a mid-credits scene of Tremors 5. It’s too early to know anything about a release of the film, but if I was a betting man, I’d say if they begin filming soon, a Halloween release is more than doable. I’m sure, like Tremors 5, it will be straight to DVD/Blu-Ray and digital. We will keep you posted as we get more information of filming.

Tremors is a fun franchise and if you have never seen any of them, I highly recommend them. They can get goofy at times, so don’t be expecting any Academy Award performances but do expect some fun.