Capture Kill Release: A chilling diary of a murderous couple 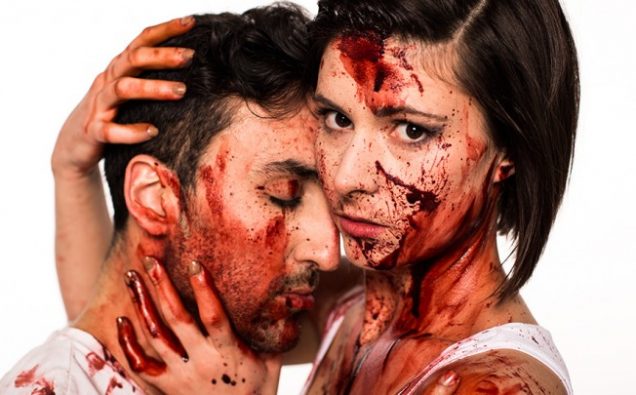 The found footage genre seems to be developing a new, very interesting subgenre. Instead of a bunch of kids in the woods getting killed by witches, bigfoot, or whatever, this new subgenre (sub-subgenre?) focuses on a very human antagonist and allows the viewer to become very intimately familiar with the inner workings of killers… with chilling results. Films like Be My Cat: A Film for Anne, Red Christmas, A Guidebook to Killing Your Ex, and now Capture Kill Release.

Capture Kill Release is a new film by Nick McAnulty about a young couple chronicling their preparations for committing a thrill kill, that is, killing a stranger for no reason other than the thrill of it. But there is trouble in paradise for this killer couple as one of them decides they don’t want to go through with it.

The acting in this film is phenomenal and really lent to the film’s chilling quality. This is the inaugural performance for both stars, Jennifer Fraser and Jon Gates, and they really delivered. I especially found Fraser’s performance particularly amazing and really hope to see her in more roles in the future. The dynamic between the two actors really carries the film and the sense of impending dread as the relationship slowly unravels is potent and will keep you on the edge of your seat!